In what ways was the Soviet Strela computer "designed to function during a nuclear winter"? Or at least parts of it?

This first-generation computer had 6200 vacuum tubes and 60,000 semiconductor diodes.

Strela's speed was 2000 operations per second. Its floating-point arithmetic was based on 43-bit floating point words, with a signed 35-bit mantissa and a signed 6-bit exponent. Operative Williams tube memory (RAM) was 2048 words. It also had read-only semiconductor diode memory for programs. Data input was from punched cards or magnetic tape. Data output was to magnetic tape, punched cards or wide printer. The last version of Strela used a 4096-word magnetic drum, rotating at 6000 rpm.

While Yuri Bazilevsky was officially Strela's chief designer, Bashir Rameyev, who developed the project prior to Bazilevsky's appointment, could be considered its main inventor. Strela was constructed at the Special Design Bureau 245 (Argon R&D Institute since 1986) in Moscow.

Topwar.ru's Unique and forgotten: the birth of the Soviet missile defense system. BESM against Strela includes the two images below. The second caption suggests that the computer was

...designed to function during a nuclear winter...

I can't imagine that only the bobbin was so designed. But just in case I've added the second bit to the title:

Question: In what ways was the Soviet STRELA computer "designed to function during a nuclear winter"? Or at least parts of it? 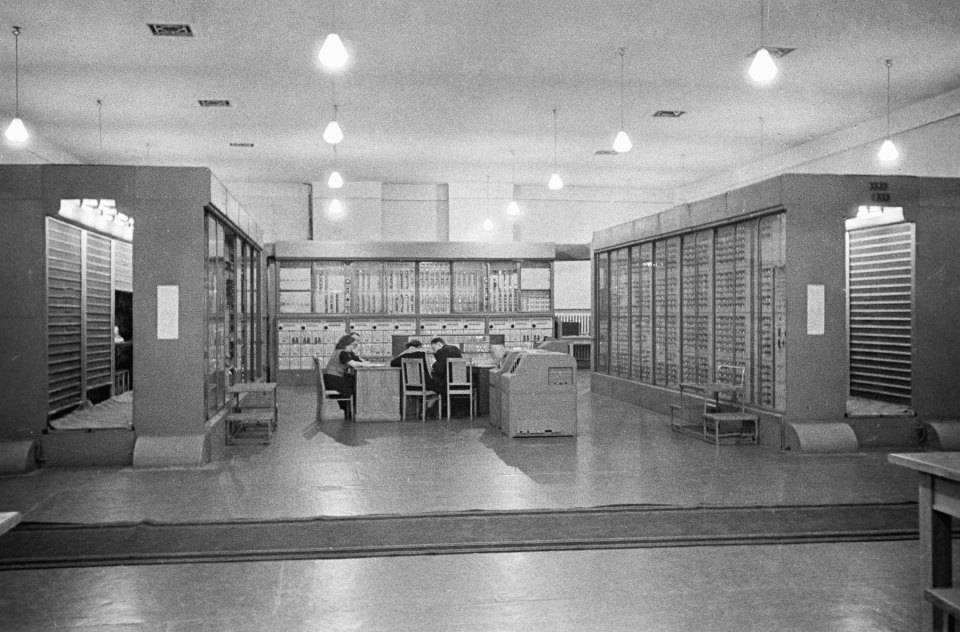 "Strela" in all its splendor, 3 paired blocks with aisles between them, arranged in the shape of the letter U, and a central console. This is not the whole computer; about the same volume was occupied by storage devices, generators, air conditioning systems and other auxiliary parts. 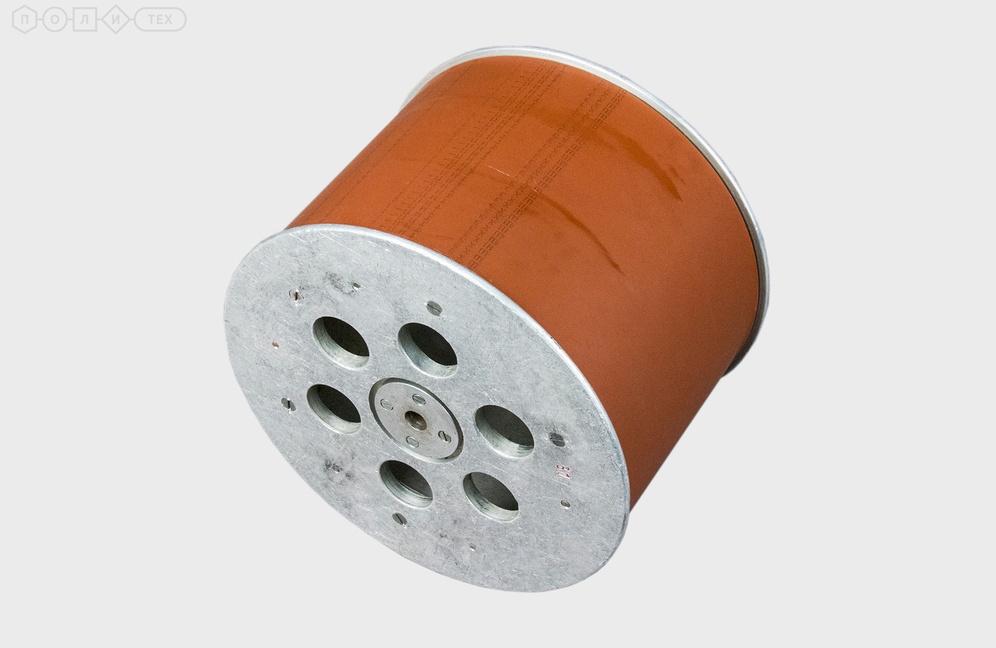 Monstrous bobbin "Strela", the one designed to function during a nuclear winter (photo from the collection of the Polytechnic Museum in Moscow).

Normally, the concern for electronics would be surviving not the nuclear winter (let's face it - there will be plenty more pressing survival matters to attend to than computers used for ballistic missile trajectory calculations), but the initial EMP from a nuclear blast. While not necessarily true - the solid-state PRC-77 radio set fared better in extensive EMP testing than the nearly identical but with vacuum-tube based final amplification stage PRC-25 - it was believed in Soviet Union that vacuum tube-based electronics had better survivability than solid-state, which is why much of the Soviet-made machinery was relying on vacuum tubes well into the 80s, e.g. Mig-29 with its vacuum tube avionics.

But the question is obviously not about surviving EMP, it's about surviving nuclear winter... Well, the truth is the article quoted obviously was not written by a native English speaker. At best it was translated by a non-native speaker, possibly it was just put through Google Translate. Either way all the idioms typically get translated verbatim, with all the more humorous aspects of the language completely lost. For example, the phrase "As a result, the developers were as perverted as they could" is a verbatim translation of "В результате разработчики извращались, как могли", which is a humorous idiomatic Russian expression for being inventive. The "nuclear winter" remark appears to be one of those bits where humor got lost in translation. Read this piece:

...in the TK for "Strela" was indicated the requirement of the obligatory ability to work with all the machine nodes in thick warm gloves (!), The meaning of which the mind is not able to comprehend. As a result, the developers were as perverted as they could. For example, the notorious magnetic tape drive used reels not of the global 3⁄4 "standard, but 12,5 cm, so that they could be charged in fur mittens. In addition, the tape had to withstand a jerk during a cold start of the drive (according to TZ –45 ° C), so it was super thick and very strong to the detriment of everything else. How a storage device can have a temperature of -45 ° C, when a 150 kW lamp battery is running a step away from it, the compiler of the technical specification definitely did not think about it.

As you can see, they refer to the temperatures that the components should withstand as -45 degrees Celsius. That's -49 degrees Fahrenheit - pretty cold even for the coldest parts of Russia. Geographically, where the 7 copies of Strela were installed, temperature that low would probably be reached only in case of global cooling due to nuclear winter - a term that, as @kuroineko correctly pointed out, wasn't even coined until way after the computer was no longer produced. Considering the machine was never intended to be installed outside on the street, the requested specs make even less sense. But then, when you're the only game in town country, as the Communist Party was, you don't have to make sense.

There is no mention of the design requirements specifying an ability to be able to survive a nuclear winter, only specifications on what hardware was to be included:

The "Strela's much touted success" ... "was greatly exaggerated".

An engineer who contributed to the development of the Strela confessed, that the Strela which had been installed in Institute of Mathematics, 'worked very badly'. Most of the Strela's hardware had to be replaced only after one year.

"What's worse, this machine was unable to solve the mathematical tasks required for the study of nuclear fission, for which it had been designed". It was also unable to solve complicated quadratic equations.

One possible explanation for the State Commission high evaluation of the Strela was simply because the "Strela was visually a nice looking machine. It had hundreds of lamps, most of them blinking. A witness described it as a 'beautiful machine in a beautiful hall' ". The Commission "made use of the machine's beautiful physical appearance to hide its failings".

From A Tale of the Mirror World, Part 1.

The Strela “worked very badly” according to one internal report; according to another it “very often failed and did not work properly.” Pushed by scientists and engineers who needed a reliable computer in order to get things done, the government decided in the end to go ahead with the BESM instead of the Strela.

An interesting read, How the Computer Got Its Revenge on the Soviet Union

There is a powerful bureaucratic and personal competition around the development of EVM "Strela", as well as competing BESM. Moreover, these computers were developed in conditions of different subordination and design standards. The EVM "Strela" in the Technical Task (formally approved document) turned out to be (probably inherited from more general requirements for military electromechanical computers, primarily to systems of centralized guidance of air defense guns), the requirement to work in the mittens at -45 Celsius.

Not the answer you're looking for? Browse other questions tagged history hardware ussr military or ask your own question.