What was the first control display unit with selector keys around the display?

If not the first, then the one that became popular first (in any application; this is not limited to aviation systems).

A control display unit, CDU for short, is fairly common in aviation, perhaps since the late 70s, and possibly earlier in military aviation. It's a display surrounded by keys, typically referred to as line select keys (LSKs). The two examples below are on a Boeing 747-400, and an F/A-18, respectively. All the keywords I tried either end up in too general results not even about CDUs, or the known examples such as those shown below. 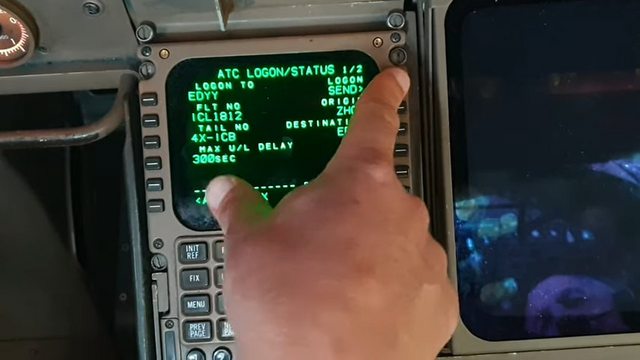 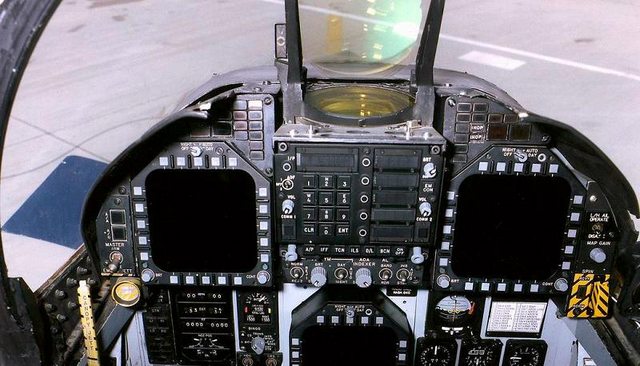 Almost certainly the Royal Navy's Comprehensive Display System. Although it did not have controls around the entire display, and the controls were generally momentary toggle switches, not buttons, it's basically what you're looking for.

This was one of those inventions that no one hears about because of the particular way the British kept everything secret for years.

Basically, the system had two groups of users. One group, located in the bowels of the ship somewhere, had radar screens that they watched for motion. When one of the blips moved far enough to be interesting, they placed a cursor on it using a trackball, and then toggled one of the switches.

The switches connected to a telephone stepper that connected the trackball outputs to a set of capacitors. The location was then stored as an analog voltage in the capacitors. They could also add signal strength (raid size) and other details. Related users added information like altitude or IFF status, as these were all different instruments at that time.

A second set of users was located anywhere on the ship. Their monitors were also made of radar displays but these were not connected to the radars. Instead, a stepper switch periodically connected the display to each of the sets of capacitors in turn, producing a blip on their screen. These consoles are much more like what you're asking about, around the outside were buttons that could select friendly vs. enemy, high vs. low, bombers vs. fighters, etc.

Almost all of these were based on 12" CRTs from the Oboe bombing system. There was also a Kevin-Hughes film projector somewhere on the ship that would project a 36" display that was used by the intercept officers so they could coordinate their attacks.

Apparently, this was freakishly effective; HMS Victorious managed to repeatedly beat off everything the US Navy threw at her in war games. The US Navy then produced several of their own versions. The RAF also made their own version, which stored two points for every track and used that to estimate speed and project the plots forward in time.

Several members of the Canadian Ferranti subsidiary worked on the system and took the idea home with them. They decided to replace the capacitors and phone switches with a tube-based digital computer to produce DATAR. In this case there were two sets of displays, large plotting ones based on film, and smaller realtime displays - the latter of which you can see the control buttons on either side.

The US Navy's Tactical Data System also featured displays with buttons around them, and these were more functional, showing on-screen displays and selections that made them more along the lines of what you're talking about. And as has been mentioned in other posts, SAGE definitely did this.

The British are also the first to develop a true heads-up display for the Lightning, but it did not have an MFC in the cockpit so it doesn't address the question.

Not the answer you're looking for? Browse other questions tagged history hardware screen or ask your own question.