How does this 8080 code perform division with remainder?

Empirically, I've found that this routine (i8080) divides value from E by B and returns the result in D and E (result and remainder of division).

Please, could you tell me whether my assumption is right? What is the math behind. Saw that DE is shifted left 8 times. Don't understand purpose of SUB B/ADD B. Thanks a lot. This code was written in 1976-7 and it was running in an arcade machine. 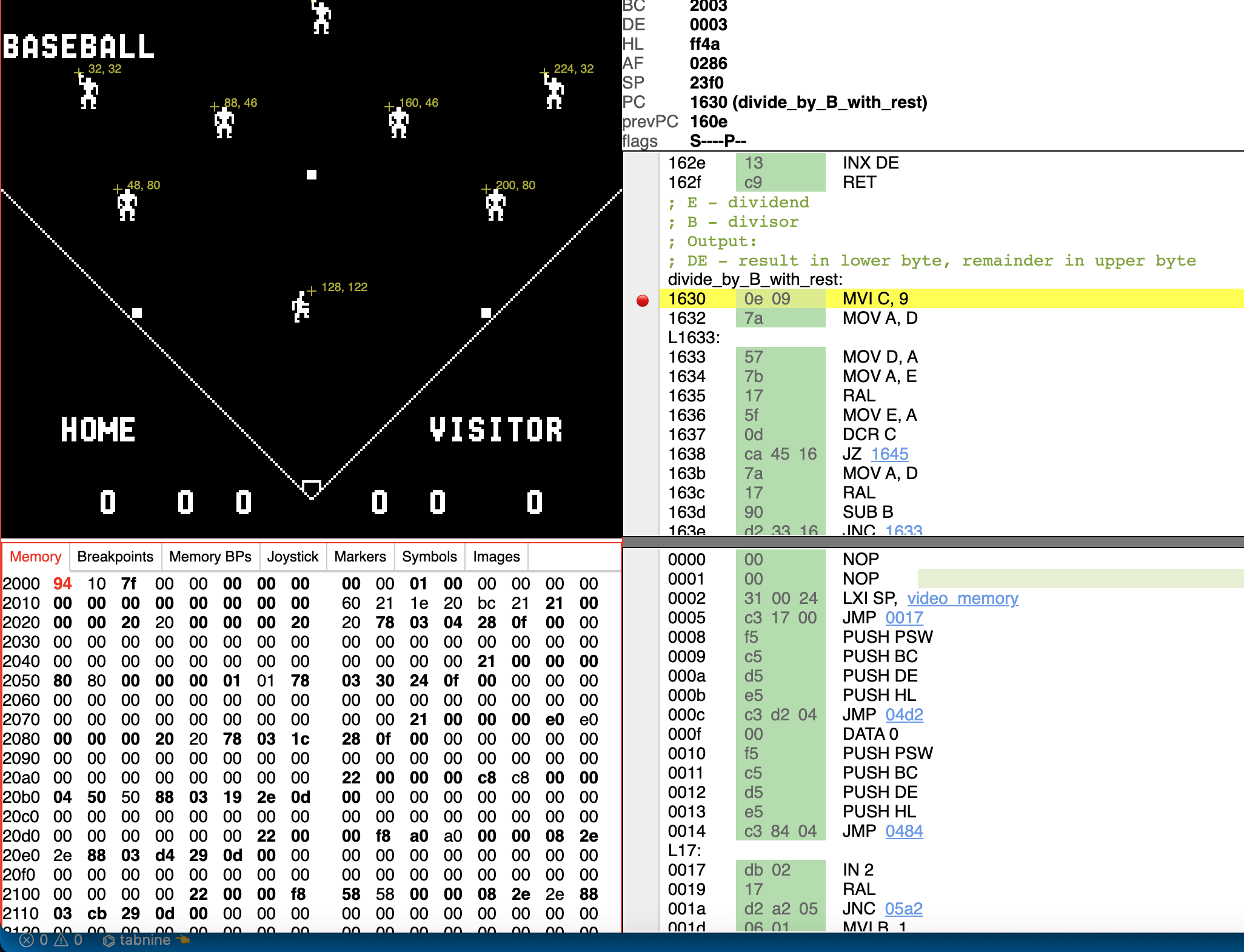 As was said in the comments, this is the binary long division algorithm. The long division is performed by carefully juggling the bits between the registers and the carry flag.

The algorithm is probably best analysed by looking at each half of the loop as a whole.

After the loop exits, the bits of E are complemented. This is because the value of the carry flag obtained in the second half of the loop is actually the opposite of the corresponding bit of the result. This could have been addressed by executing the CMC instruction before shifting the bit into the E register, but, as per the 8080 manual, that would cost 4 CPU cycles per iteration (36 cycles overall), instead of 4 cycles to complement all the bits in bulk and 10 cycles to move them between the E register and the accumulator.

Thus, as the loop iterates, the D register contains the running remainder of the long division; meanwhile, the remaining bits of the dividend in the E register are gradually replaced by bits of the quotient. The overall register state can be summarised with a diagram:

Below is a roughly equivalent algorithm in C. It is not a literal translation, but it does reflect how bits move between the D and E registers.

It's an underflow handling

The missing piece for me was the math background. Will try to connect math and actual implementation. The fully explanation is given by user3840170's post (hope my post is complementary to user3840170's brilliant post). As example, let me calculate 127:10. The result is 12 and reminder is 7:

(a) is reason that DE is shifted left before subtraction.

(b) reason that DE is shifted in each iteration

(c) B should subtracted from D