This is a grab from a 1988 movie called Vampire's Kiss.

It has twin disk drives (5.25" from the looks) and what looks like a built-in printer? 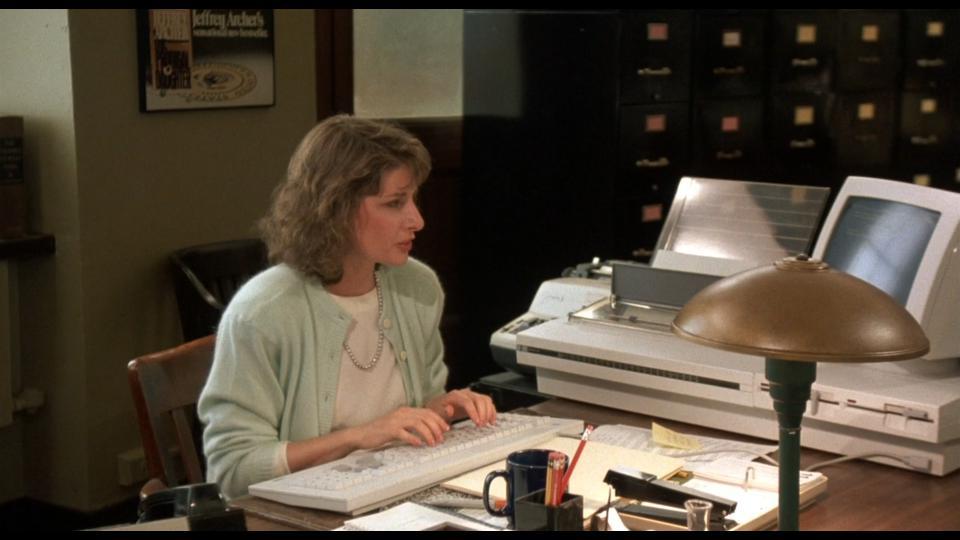 The "computer part" is in fact a PC with 512kBytes memory and a 80186 CPU running DOS 2.11 and proprietary word processing (or, rather: typewriter emulation) software written by a company named Carlisle Systems. The printer part apparently is a NEC daisy-wheel OEM module. The two modules came separately and can/must be bolted together.

It's relatively rare, as apparently only 10.000 units have been built.

46
What computer system is this from 1984 Doctor Who?
11
Help identifying a very old computer: 1974, maybe an NCR
12
Does this computer have a steering wheel?
5
Is this a custom NASA Langley-built computer or is this a commercial system (ca 1970's)?
26
What's the terminal/home computer used as a prop in the computer school in Superman 3?
8
SAG Computer: What System is it?
20
Is the MANIAC in the movie 'The Magnetic Monster' the real MANIAC computer?