How can I detect signed integer overflow on the Game Boy?

Unlike a normal Z80, the Game Boy has no CALL pe/po, JP pe/po or RET pe/po instructions. I've been trying to figure out how to detect integer overflow on the Game Boy. (It doesn't have those instructions for the sign flag either but that can be done with BIT 7.)

This is what I've been trying to come up with but it's an absolute mess. After doing a few calculations on paper, such as &81 - &02, &7F-&01, etc. I came to the (possibly faulty) conclusion that overflow is equivalent to sign change xor Carry Flag. It almost works but there seems to be a problem. If A and B have opposite signs but they subtract to less than 7F the compare is wrong. The second picture shows an incorrect result. 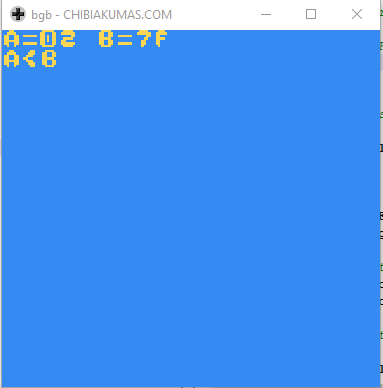 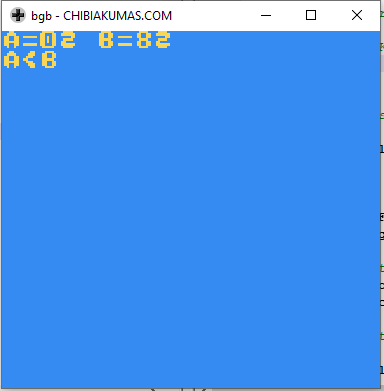 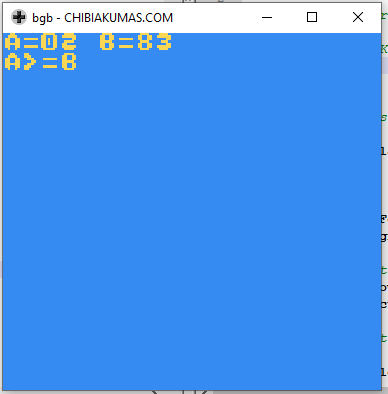 Like I said, the source code is spaghetti, but I couldn't come up with a better way.

You can determine overflow for addition and subtraction of two signed bytes A and B as follows. First flip bit 7 of both A and B. This will not affect the result of (8 bit) addition or subtraction, nor of the sign flag, but it will affect the carry.

Overflow occurs on addition when two numbers with the same sign add up to a number with a different sign.

It occurs on subtraction when two numbers with different signs produce a result with the same sign as the second number.

So the general rule is: a number begins on one side of zero; the add or subtract should move it further away from zero; somehow it ends up on the other side.

So for addition of b and c, I guess something like:

That’s off the top of my head, untested and therefore possibly error-ridden, assuming all those instructions exist on the Game Boy’s moderately unique instruction set.

Alternatively, you could break it down into a series of sign tests; e.g. for subtraction the only possible causes of overflow are:

Not the answer you're looking for? Browse other questions tagged assembly game-boy or ask your own question.

6
Game Boy Sound System Unused Memory Locations
2
Game Boy save problem
10
Comparing Signed Numbers on Z80 (8080) in Assembly
16
How did the Game Boy Advance stretch Game Boy games to widescreen?
4
When was the Game Boy Pocket released in Europe?
10
How can a Game Boy game "glitch-inherit" the music from a different game like this?
21
Did the Super Game Boy (1) run 2.5% or 4% faster than a Game Boy?
1
Can the window only be moved once per frame on the Game Boy?