What windowing system had the first size-proportional scroll bar?

I came across a link to a site that shows the history of the scroll bar. While the content of the site is pretty thin and devoid of explanation, it does show Xerox Star, Lisa, Mac, Amiga, Windows, NeXT over a few years.

I've never used a Xerox machine, but based on the aforementioned web page, it looks like that if it wasn't the Xerox Star then it was the AmigaOS that first had a proportionally-sized slider in the scroll bar.

What I mean by a proportionally-sized "slider" in the scroll bar is that if the document is small, then the slider is large and barely has room to move in its boundaries. If the document is large, it proportionally shrinks down. A non-proportionally-sized slider is always the same size regardless of the height of the document. An example of the non-proportional slider is classic MacOS or Windows 1.0 through 3.1 where the slider was a nugget and would jump significantly for a smaller document being scrolled because its boundaries were massive in comparison to its size and it had to make up for the representation of whether you were at the beginning or end of a document. 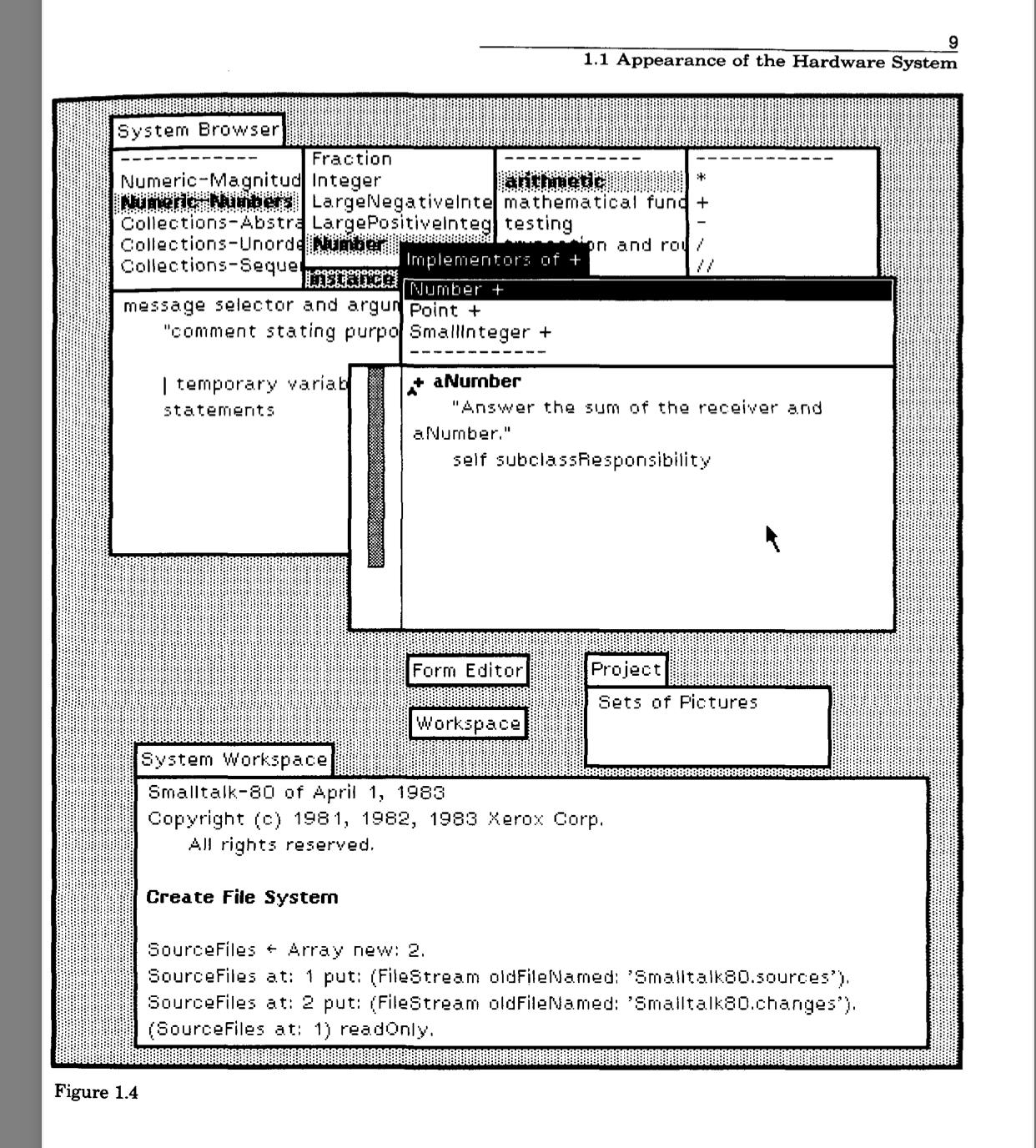 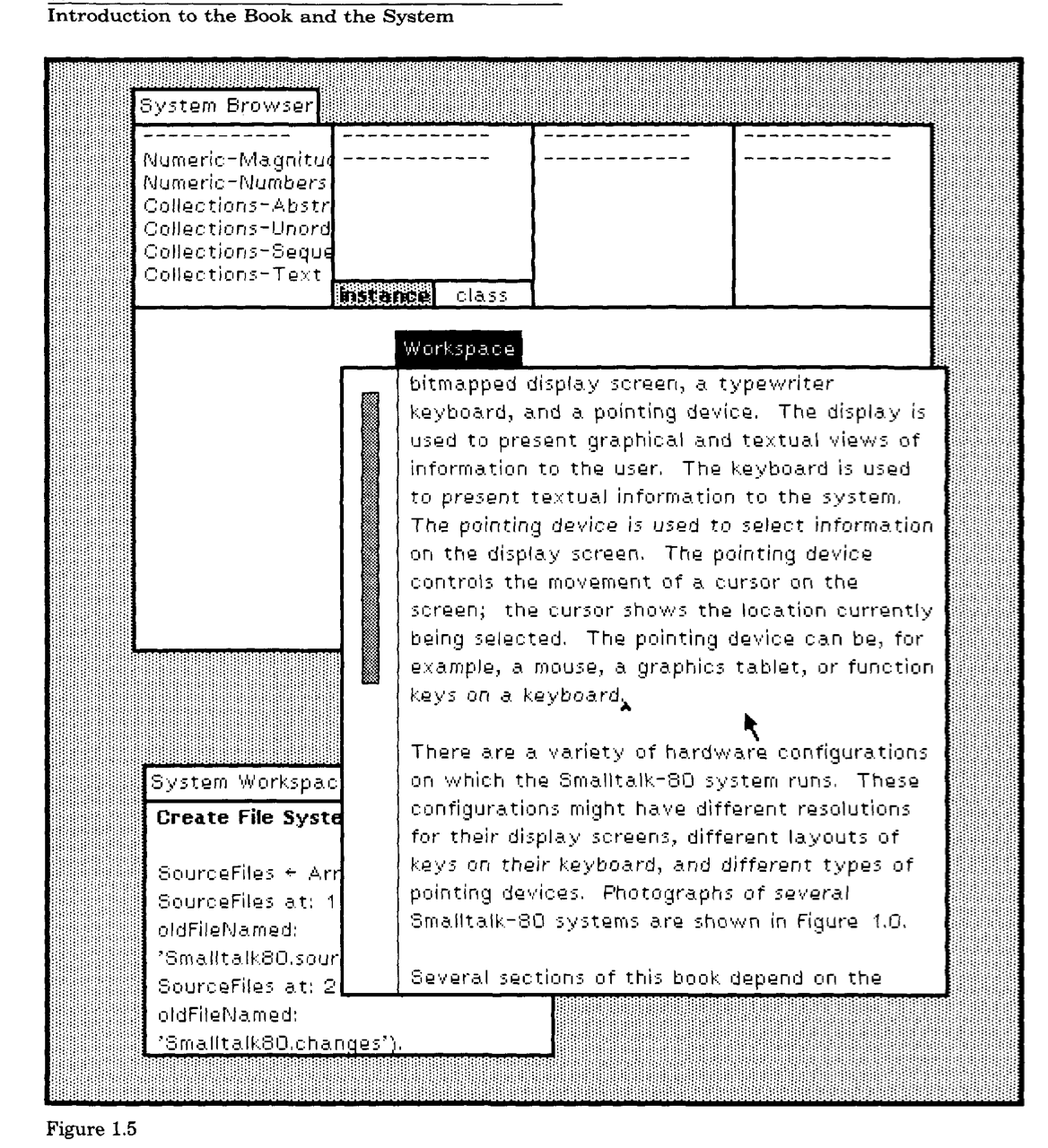 I haven't been able to find a screenshot of an actual Lisp Machine that shows this -- I can only find images and youTube videos of emulators running on Macs and Linux; these run Open Genera, a later port of the Symbolics Genera OS, which was evolved extensively beyond the original design. But I did find this description in early documentation, from page 25:

The other scrolling feature is the scroll bar. The left edge of the Editor window resists violation in the same way as the scrolling zones do, but in this case the mouse cursor changes to a double-headed arrow pointing up and down. In addition, a thin line appears somewhere along the left edge, just inside the border and parallel to it. The length of this line and its position with respect to the entire left edge are in proportion to the length and position of the Editor window with respect to the entire Editor buffer.

There's no date on the document, but I arrived at MIT in fall of 1979, and these Lisp Machines were already in use at the time.

Another feature of the Lisp Machine UI that only reappeared recently was that moving the mouse back and forth rapidly would cause the mouse pointer to magnify. Apple added this in El Capitan. I don't have the documentation of this feature handy, but IIRC it warned that this would scare young children.

Smalltalk-80 is the earliest that I'm aware of.

The following emulator1, 2 screenshot shows how it displayed them: 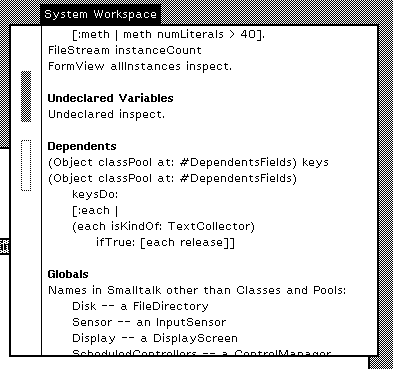 This emulator3 screenshot shows how the earlier Smalltalk-78 displayed them differently: 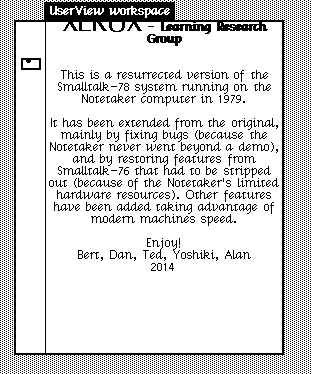 1 If you get build errors run ln -s . Smalltalk before running make.

2 Alternatively, you can use this browser-based emulator.

3 Alternate link to the Smalltalk Zoo where there are a number of other emulators available.