Why was the Microvitec Cub monitor made of metal?

In British schools in the early eighties, the iconic microcomputer was the BBC Micro, typically connected to the equally iconic Microvitec Cub color monitor, as described in this video.

Why this monitor specifically? The video addresses this around 9:44, with the remark that among other things:

... it was very rugged and made of metal because it had to be fireproof. It just happened to be ideal for the classroom.

It's understandable that a monitor with a metal case and other attributes of ruggedness would be preferred for classroom use. The above wording suggests, however, that it was not designed that way with that use in mind, but rather that this was an example of what evolutionary biology calls preadaptation: the monitor was designed with a metal case because it had to be fireproof for some completely different application, and this luckily made it an appropriate choice later when schools were looking for monitors.

What was that prior application that caused Microvitec to design the monitor the way they did?

What was that prior application that caused Microvitec to design the monitor the way they did?

Not sure if there needs to be any. Professional monitors always have been made with metal housing - back then and today. Also, there were no mass production consumer models, so literally nothing else available, at least really early on.

For anyone trying to get into the monitor market (Microvitec was founded in 1979), targeting a professional market (first) is a sensible decision. Not only does it need considerablly lower upfront investment and yields better margins, but also provides a way better ramp-up path than to target a low price high volume market which at that (1979) time didn't exist at all (*1) - and which was soon captured by cheap Far-Eastern manufacturers anyway.

It was only natural for schools to buy professional screens. Beside being less durable, plastic housings are only suitable for serious mass production, with lower production numbers of only a few hundred or thousand. Metal is less expensive as well - the same reason why original the PET has an all-metal case and the Apple II a metal base plate while plastic was only used for two rather simple parts. 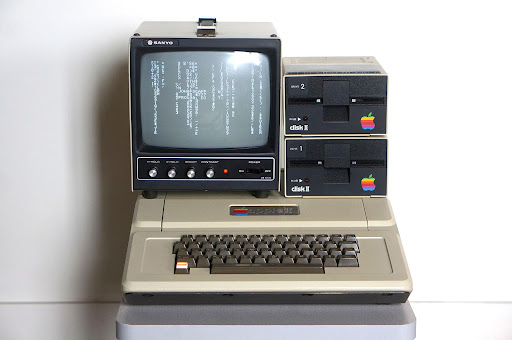 Here seen with an Apple II, available already in 1975. The similar looking but later VM4092 only added another LED. Both were originally made as CCTV screens. Or the again later Sanyo VM 4509: 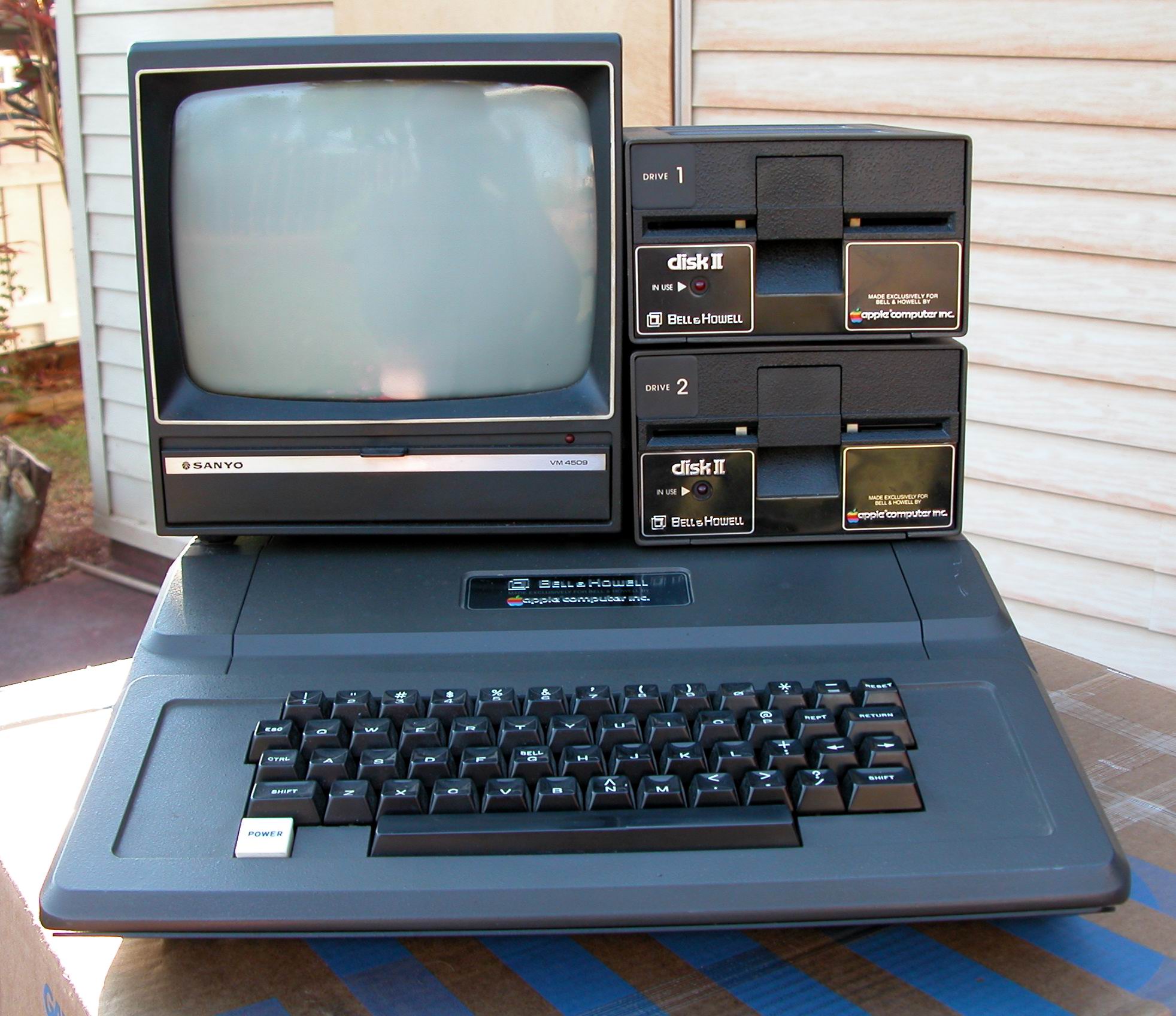 Here seen with an B&H Apple II. Essentially the same screen but a bit more beautified by moving the controls behind a flap.

Of course other manufacturers' models were similar, like the this (mid 1980s) Panasonic: 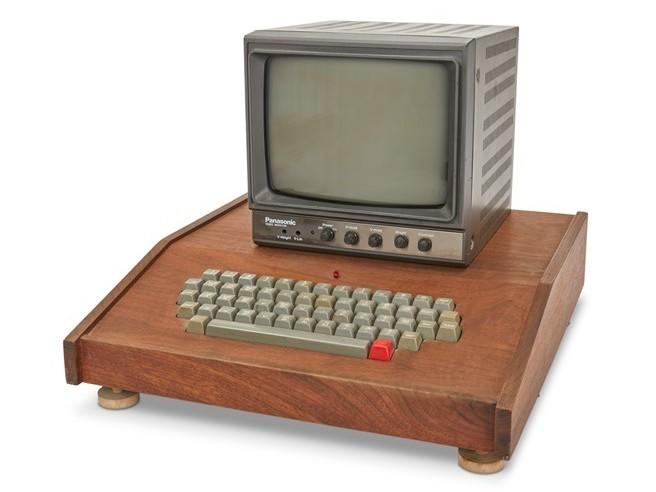 Professional screens continued to be that way - at least as long as they were CRT based. 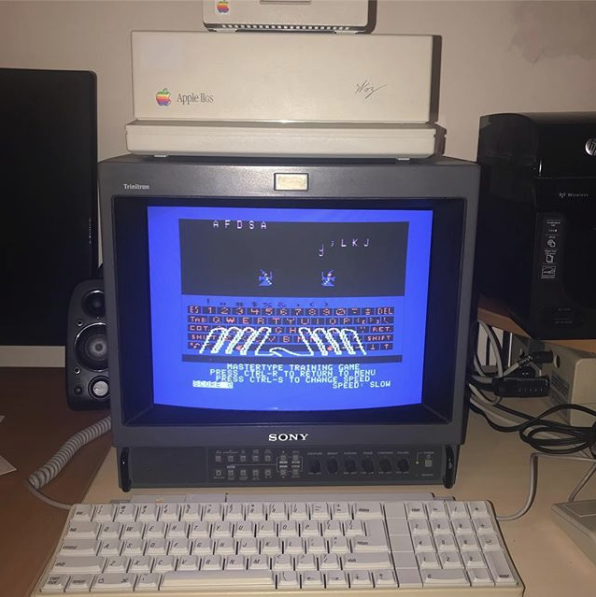 Today's LCD/OLED/Plasma screens are a bit different, but even they can be found with similar sized metal housings to fit existing professional usage.

*1 - Professional screens are their business up until today - after all, speciality devices with first class service is the market area where European companies by far outperform any Asian supplier. Now and for all foreseeable future - without any 'buy national' support due to sheer competitiveness of people.

42
Why did 80x25 become the text monitor standard?
5
Why not SCART for early color monitors
11
Why is the BBC Micro's Mode 7 so different to the other display Modes?
8
Why did CGA RGBI output leave DAC to the monitor?
15
Did Apple bundle a specific monitor with the Apple II+ for schools?
9
Were expansion slots fundamentally incompatible with FCC regulations?
14
Did the Samsung SPC-650 have any hardware or firmware differences to the genuine Sinclair Spectrum+?
0
What's the name of this CRT monitor?
18
Who considered multimedia capability a liability for a business computers, and why?
4
Why was Atari Tank less cloned?