Is it possible to read floppy disks at non-standard rotation speeds (RPM)?

According to this article 3.5-inch floppies rotate 300-600 times per minute (RPM). It is possible to overclock the RPM and will that result in higher transfer speeds? Or is it possible to read a disk that requires higher RPM on a lower RPM device and compensating with this with software?

No. Simply cranking up the RPM will at best only reduce capacity of a floppy.

Floppy systems are a balanced combination of

all selected to work at a concerted spot regarding

and more to deliver a reasonable performance with good margins of error to make it reliable. Changing any parameter will almost always require changes to some or all other.

It is possible to overclock the RPM and will that result in higher transfer speeds?

I assume with 'overclocking' the RPM you mean letting it rotate faster. So yes, it's possible, and yes, the signal read would be delivered faster.

Except, the controller would only be able to lock onto that signal within a rather small band, usually something like +/- 20%. Even with overclocking the controller, the read gap does set limits to signal detection. After all, a floppy isn't just some RAM cell, but a complex setup of components and media. In addition, the remaining system must of course be able to accept data fast enough.

For writing it gets even more complex.

Oh, and don't forget, floppy drives are chipping technology. The head is pressed against the magnetic disk like a file against a block of steel. Increasing the speed will result in heavy wear and changing properties, making the whole system unusable .

Or is it possible to read a disk that requires higher RPM on a lower RPM device and compensating with this with software?

Sure, except, next to no system does flux change to data conversion in software (*1), as this requires rather high computational speed, not really available back then.

Today it could (and can) be done. Kryoflux and Catweasle drives are an example. Here a high speed ADC logic gathers raw magnetic data from a drive, to be analyzed later on. A very nifty development for digital preservation.

While these very low level devices can be of great help, the drives have still to be operated within the limits for each drive and media as these are created for specific signal speeds.

*1 - Sure, there were systems, like Apple's Disk II or Commodore's disk drives. But they were even more constrained to very specific speeds and formats.

Or is it possible to read a disk that requires higher RPM on a lower RPM device and compensating with this with software?

That is what the Chinon FB-357A did in the Amiga A3000. The Amiga's Paula custom chip can only handle double density data rate. To read HD disks the FB-357A runs at half speed (150 rpm) so the data rate matches double density. The drive also outputs a different ID on the Ready line depending on whether a DD or HD disk is inserted. The trackdisk device driver in the OS then knows when it has to read and write twice as much data per track (the Amiga normally works with full tracks, not individual sectors).

Some people have attempted to modify a standard HD floppy drive to do the same job. This involves making the spindle motor run at half speed when an HD disk is inserted, and reproducing the ID circuit. Other issues such as head amplifier adjustments to suit the lower frequencies and spindle motor speed stability have not been addressed, which may be the reason some attempts have failed.

In practice no. Overclocking the drive RPM has little effect without also changing the floppy controller speeds.

If you increase RPM, and the data rate is such that it still works with the floppy drive itself, then the problem is that the floppy interface controller also needs to adjust read and data rate by same amount to be able to read and write at increased speed. If this is not possible, you can only write less data at same rate if the RPM is increased.

Some systems can read and write different formats, such as IBM PC drives ran at 300 RPM except the 1200KB HD drive ran at 360 RPM.

I just watched this interesting video about floppy drive speeds which I think is relevant to my question.

I also think this article about the FastCache X10 Floppy Drive which is supposed to read 10x faster then "regular" floppy drives is relevant to the question: https://en-academic.com/dic.nsf/enwiki/7856580. 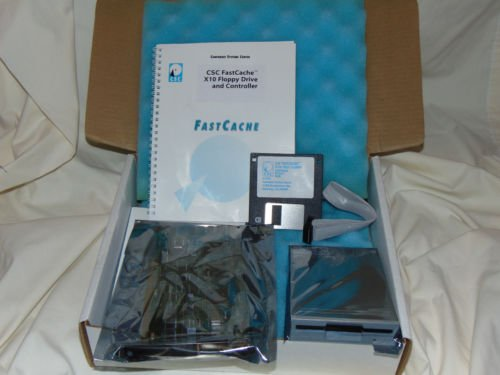 Not the answer you're looking for? Browse other questions tagged floppy-disk floppy-drive storage or ask your own question.

2
How to determine the required RPM for a 3.5-inch floppy disk?

11
Was there a special drive, that saved much more than 1.44MB on an HD floppy disk?
5
Do DD floppy disks need regular full reformats?
6
DD vs HD vs ED floppy disks: lifespan/writecycle difference? Other differences?
32
Dealing with oversized files decades ago? Data transfer in the age of floppy disks
35
Why were floppy disks invented after hard disks?
15
Amiga floppy disks and GCR vs MFM
4
What did "double track" mean in relation to floppy disks?
13
Can special tools recover data from floppy disks when Windows Explorer fails to do so?
7
I can't read DS 1MB floppy disks
2
How to determine the required RPM for a 3.5-inch floppy disk?