Why are the magnetic floppy disk drives (FDD) heads not frictionless?

After reading this answer to the question How long can a floppy disk spin before wearing out?

... one could see thru the floppy... Not just badly worn, but the magnetic coating was outright polished away, all the way to the transparent carrier film.

And after taking a closer look to the floppy drive heads: 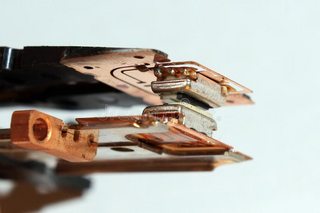 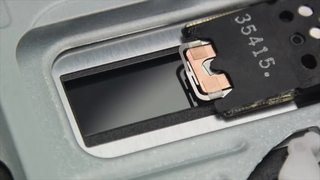 I was wondering: If the data is stored on a magnetic disk then why are the drive heads apparently so close to the disk that they touch and create friction with the disk? As I imagine that friction is the cause of damage to the disk resulting in a degrade of the disk over time. Why aren't the drive heads at least for example 2-3mm away from the disks? Wouldn't using stronger magnets in the drive heads compensate for the greater distance and result in a frictionless floppy disk drive (FDD)? Would this not drastically increase the lifespan of floppy disks as it would be frictionless?

"Frictionless" Floppies are called Hard Disks (*1), consisting of a hard media platter and a head in distance of the media (flying or otherwise)

Floppies are 2D tapes. While slower than tapes, their advantage is in (faster) random access for small data sets. The construction was made to save on tapes. They were never intended for continuous operation over long time. They are short term storage and exchange media optimized for low cost storage of small data sets for quick exchange.

Friction is reduced by picking the right materials and shape for head construction as well as low friction coatings for the disk.

Not to mention, that head friction is only a very tiny part of wear compared to the friction applied by the sleeve of a floppy (Hint: friction is applied over area - low friction over large area may give way more wear than higher friction in a small area (*2))

Also, friction is only one part of wear, as the media gets constantly warped when moved under the head.

The way to extend lifetime is to simply stop the floppy when not in use. Works quite well.

why are the drive heads apparently so close to the disk that they touch and create friction with the disk?

They are not apparently close, they touch it permanently.

A floppy is the same technology as a tape. It's in the name, they are a flexible media running along a head.

They are intended to be lower cost than hard disks (*1).

As I imagine that friction is the cause of damage to the disk resulting in a degrade of the disk over time.

No difference to tapes. A floppy is a rotating 2D tape.

Why aren't the drive heads at least for example 2-3mm away from the disks?

Because than they wouldn't be able to detect the magnetic flux changes. IIRC the magnetic field weakens quadratic, that is, doubling of the distance results in a quarter of the field.

A floppy head gap is positioned way less than a micrometer away from the magnetic source. Turning this into millimeters means making it several thousandfold. In turn the picked up signal will be many million times fainter to make up for this the magnetization must be stronger and at the same time further apart from any change. In the end a 5.25 inch flopp may only hold a few hundred bits.

Would this not drastically increase the lifespan of floppy disks as it would be frictionless?

Stronger magnets would make them useless.

Also, it still would not be friction less, as air does as well have friction. That's the reason why high end fixed disks are filled with helium - an air composition of less friction than the usual 70% nitrogen.

Now, there are floppies with 'flying' heads: Bernoulli drive.

These were floppies with a head positioned a few micrometers away. This was not done to extend life time but speed and capacity. Bernoulli drives rotated about 10 times faster(~3000 rpm) allowing density and transfer speed in regions comparable to fixed disk drives. The media was still warped, but this time upwards due the 'suction' of the Benoulli effect.

*2 - Yes, if a floppy is read only at a single track at all times this will be visible, but not because head wear is higher, but because the track will suffer from sleave and head wear.

*3 - Or more correct, where media and head mount are in a non seperable unit.

The head gap must be very narrow to be able to make sharp magnetic transitions on the moving magnetic media. It also means the magnetic field does not bulge out too much out from the head so the media must move very near the head. If the gap was larger, it would bulge out more, but be weaker and it could not make sharp transitions on the media, which means less data can be stored.

50
Why were floppy drives not any faster?
37
How long can a floppy disk spin for before wearing out?
13
Magnetic tapes as a random access medium?