What was an Amiga "X-Drive"?

In computer magazine personal ads from the 1990s, I notice multiple mentions of Amigas "with X-Drive". Searching online, I find no mention of this. (Possibly this is because search engines of late seem to ignore quotes and thus make almost any query's results meaningless.)

What exactly was the Amiga "X-Drive"? Some kind of hard drive interface?

Your question could be improved with some example screenshots of adverts you've seen, otherwise it could really be anything.

I think it's most likely that in the pay-per-word cramped space of a magazine trading advert, the phrase "with X-Drive" means the item comes with an external (or extra) floppy drive, which was a common Amiga expansion for all models for productivity use. 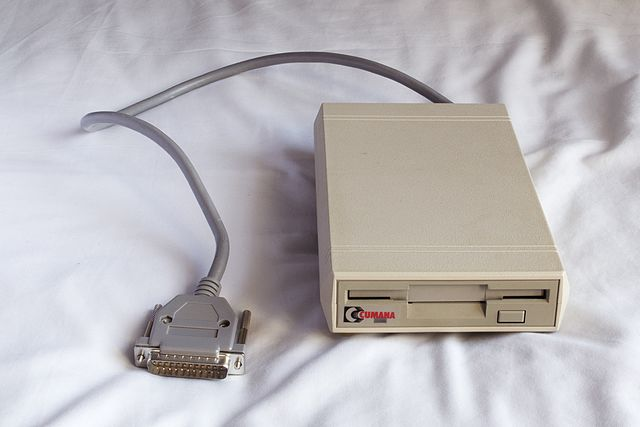 Similarly "with 2x Drive" could mean it comes with 'two additional drives' (and very unlikely but still possible that it would come with a 2X speed CD-ROM drive).

It's also possible you were seeing adverts for Amigas with the animation package X-DVE (sometimes called X Drive), which was given away with Amiga Format issue 88.

Not the answer you're looking for? Browse other questions tagged amiga or ask your own question.

22
How did programs/patches stopping Amiga idle floppy drive noise work?
16
How do I attach and use a CD-ROM drive to an Amiga?
8
Repairing/Lubing/Fixing Amiga 500 floppy drive
25
What exactly was the Amiga Ranger?
6
Attaching a CD-rom drive for Amiga 500
9
How advanced was the Amiga Walker prototype?
13
Amiga 500 OCS/ECS vs Mega Drive VDP
61
What is the "two-drive trick" that can read Amiga disks on a PC?
18
What made the Amiga "Genlock-able"?