The Commodore 64 was produced for a 12 years from 1982 to 1994. It had several iterations of case color, keyboard color & keyboard labels, badge etc.

Commodore was famous for using whatever parts they had in their stock. You can find different combinations like dark brown bread bin case with dark colored key caps and silver badge or vice versa. Electronics inside also had several variations that I don't want to mention here.

When it comes to the case color, I knew four variations: the original design a.k.a. bread bin had two variations. The original was dark brown and later editions were light brown. Then came the wedge design with lighter beige or white coffee color. Finally there was C64G which was manufactured with a bread bin case made in the same white coffee color as the wedge case.

However today I happened to see a picture that confuses me. 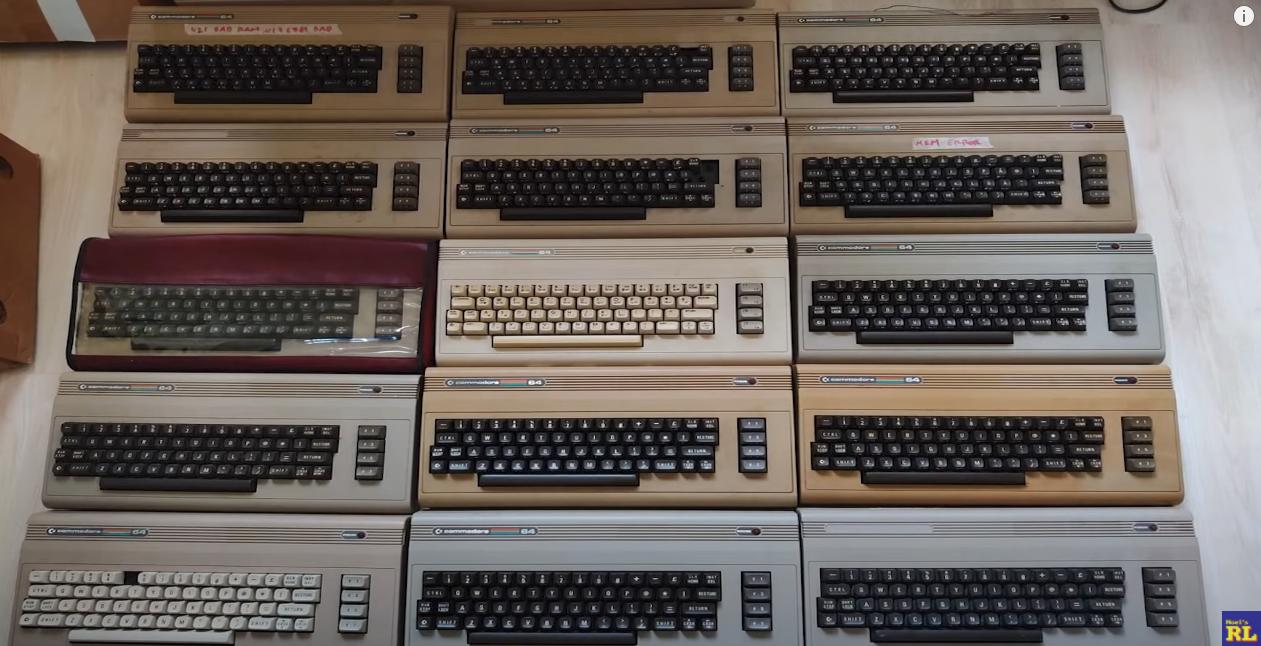 I know the plastic became more and more yellowish with time. So the yellow cases at the top row and second row from the bottom are ok.

What intrigued me, the gray cases at the bottom row. I didn't know the Commodore made a case in this color. Did Commodore ever produced gray colored Commodore 64? Are they real or just a false color due to exposure or white balance settings of the photo?

Commodore was famous for using whatever parts they had

That sentence already captures most of what's at hand.

Commodore wasn't really picky about their colours. They used what ever their suppliers delivered, roughly matching the colour scheme. Different batches used different suppliers with slightly different colour ingredients. These may look alike 'close enough' when new but age different.

Next, perceived colour is incredibly dependent on light source, angle and environment. The first factor being maybe the most important one.

I guess we all remember that Gold and Blue dress. Our brain does not process some each 'pixel' separate, but interprets colour under assumption of a specific light source. If we see a picture in an office we assume different mixture than on bright daylight or a clouded afternoon.

Not to mention that modern digital cameras do a lot of colour mangling to capture colour for the human eye.

So any colour description, especially when using terms like "dark brown", "light brown", "lighter beige" or "white coffee" is quite vague anyway. But there were as well grey ones. In fact, personally I'd put most cases into a grey category. Some brownish-grey others light-grey and so on...

This page of Bryan Lunduke's substack shows several original Commodore (US) C64 ads. I wouldn't attribute any of them as brown. Eventually except the last two, but even these seem rather due an overall brownish effect, maybe added by coloured light.

Or take the picture attached to this tweet showing a brownish grey (US?) C64 (top left) vs. a yellowish C64C (top ight) vs. a light grey C64G (lower right), all taken with the same camera in basically the same lighting.

Now for the picture shown: The first one in the lowest row is most likely an Aldi 64, which had a medium grey case but white/grey coloured keyboard, like the C64c (C64-II) - after all, it was essentially a C64c in a bread bin case.

The name stems from being sold in 1986 exclusive at German/European Aldi stores. Interestingly the series was not manufactured in Germany but the US. Note, the Aldi C64 is NOT the later (1987), very light, almost whitish, coloured C64G (C64-III). People often mix up these two series as both were sold thru Aldi.

There never was a "Grey" Commodore 64. The Commodore 64C was a white/beige slimmer version.

During the latter part of the 8-bit era, Commodore releases a Plus/4 which was a much smaller unit and a Commodore 16 which was a grey cased system with slimmer specs but the case itself was actually very similar to the older C-64. 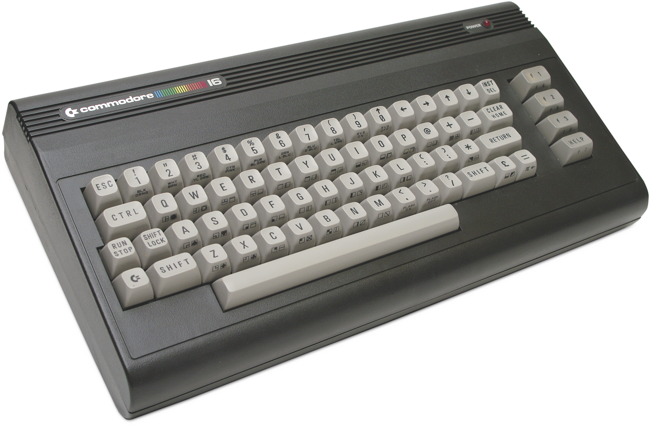 Not the answer you're looking for? Browse other questions tagged history commodore-64 commodore case or ask your own question.