A game about defending a castle, with trading-card-like gameplay and aesthetic, in English and Czech

There is a certain game I remember playing sometime in the 2000s. My memories of it are rather faint, but here is what I remember:

Does this ring a bell?

I know what you mean. I think it was called Mravenci (Ants) 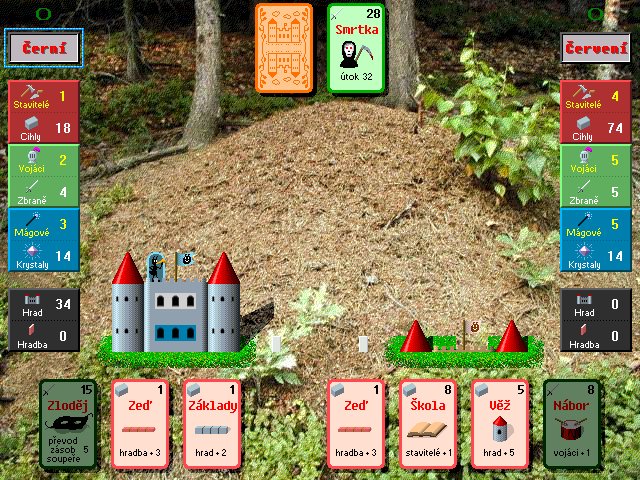 8
Submarine diver game where you had to collect fish and other things for your aquarium
11
Trying to identify an Apple II space trading game
9
90s game about a man with a revolver fighting demons
2
80s game about running and maintaining a power station
6
1980s Commodore 64 game about flying toward tower
11
1990s BBS game featuring mining elements from a planet
5
Top-down 2D adventure game with plants and puzzles, that ran on Windows 9x