What computer system is this from 1984 Doctor Who?

In the 1980s, the popular BBC science fiction series Doctor Who used some real computer system(s) to display impressive (for the time, OK, maybe not!) graphics. They actually ran the software real-time and simply filmed the output on the screen.

Most of the time they filmed the screen while the program was already running, but on a couple of occasions they showed the source code briefly before the program was run, presumably because it made the story look more science-fictiony! 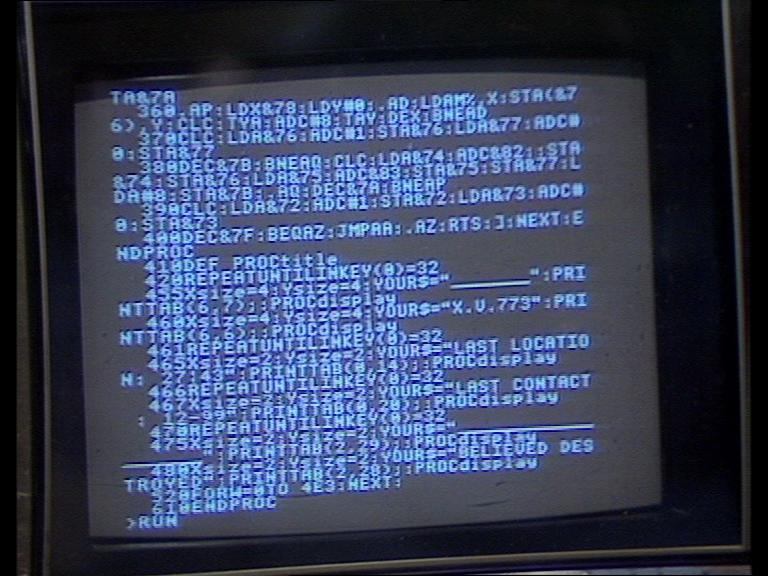 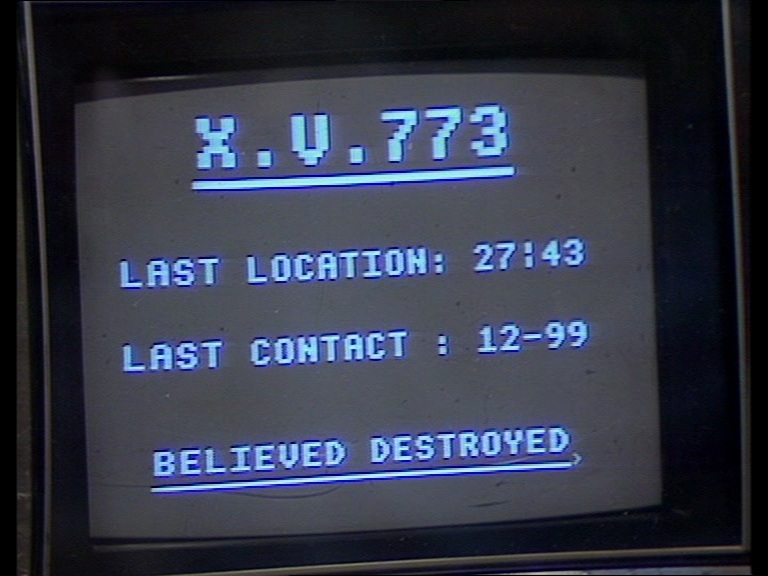 Amusingly, the command prompt is visible at the end of the final underline!

Although the computers used were not necessarily the same, I would be interested in knowing what system is pictured below. It's using some combination of BASIC and assembly language that I don't recognise.

Things I have been able to work out:

What is this computer, and what BASIC and assembly language is it? All transcription errors are my own!

This is an example of BBC BASIC with inline (6502) assembler code. The computer in use would have been a BBC Microcomputer, manufactured by Acorn Computers Ltd.

The display was probably a studio monitor of some sort. These could be driven directly using either the RGB output or the composite video output of the microcomputer. It is likely that the actual BBC Micro was not shown in the programmes but, nevertheless, this is what would have been used for generating the display signal.

BBC technicians had a lot of influence on the specification of the BBC Micro, since they wanted to make use of the machines in their studios and labs. The machine wasn't just designed for schools and colleges.

It is likely that the BBC Micro would have had a Genlock board fitted to prevent strobing when the monitor was filmed by a television camera.

Both the BBC Micro and BBC Basic were designed by Sophie Wilson.

There is some information what the BBC did at that time with BBC Micros in the archive of the Computer Literacy Project.

Not the answer you're looking for? Browse other questions tagged assembly basic identify-this-computer or ask your own question.

25
What implementations of BASIC had a robust flood fill operator?
1
Which computer is used in this NCIS episode?
12
Does this computer have a steering wheel?
29
How did early x86 BIOS programmers manage to program full blown TUIs given very few bytes of ROM/EPROM?
32
Was self-modifying code possible using BASIC?
5
Is this a custom NASA Langley-built computer or is this a commercial system (ca 1970's)?
8
SAG Computer: What System is it?
13
What is the name of this computer? (Bell Laboratories, 1954)
17
Is this Votan voice assistant from 1984 a real system?