What is the oldest digital processor still performing non-educational duties in its original environment?

I discover that Mariner 9 is supposed to crash on Mars this month (2022/03). Discussing the specification of the CPU, I see that a CPU from the early 70s is still running.

So I was wondering (sort of a trivia question) what is the oldest running CPU to this date (still running original job, not re-purposed for educational) ? By oldest, I mean year of manufacture not year of design.

the onboard computers at Voyager 1 and 2 space probes. Up and running from 1977, a good 44 years of uptime (and counting).

They do at least part of their original job. "Part" - because some of the scientific instruments on these probes are either broken, not relevant anymore or too power hungry for the weakening RTG power.

I used to work at the National Museum of Computing at Bletchley Park! I really love the Harwell Dekatron there; probably my fave exhibit but it's definitely not being used for its original purpose any more. However in the room before it there is a computer called The Marconi TAC - a computer designed and purpose built for operation inside a nuclear power plant, designed in 1958 and installed in 1962 - over 10 years before Voyager! This particular computer was decommissioned in 2004, but while I worked there (around 2014) they took it back briefly from the museum because safety protocols require two known safe computer systems running - so when they needed repairs/upgrades they would take it back for a short time.

In general a lot of the early research into computing post ww2 came from nuclear programmes, both civilian installations and millitary. In addition, old systems in nuclear power installations stay around a long time for redundancy reasons. While most of the systems in use in the west will have been replaced/decomissioned by now I'm almost certain that at least one plant in the ex-eastern block would still have a similar computer running to this day. I can't point to a specific one though, sadly.

My original answer did not address the concern that the computers should still run their original, real, non-educational purpose.

I want to disagree with Fraxinus on the point that Voyager 2 is the oldest still running computer as Pioneer 6, 7 and 8 might still be running. Last contact was made in 2000 and since then has not been attempted again. There is in my opinion no reason to suspect that they are defunct since Radiation decreases by distance squared and that should be the most danger they could receive. It is also highly unlikely that all three of them have been taken out by asteroids or other small objects.

There are also Pioneer 10 & 11 to consider but Pioneer 10 is presumed dead and 11's antenna no longer points at Earth.

Edit: after reading this post on the SE SE the conclusion one has to reach is that Pioneer 10 & 11 are definetly dead. Pioneer 6-9 however are solar powered and still orbit the earth somewhat close to earth. You could even try and contact them if you want to.

If these are all defunct, then yes Voyager 2 might be the oldest.

Stephen is correct that the WITCH is the oldest digital computer design that is still running, but it is restored and thus might not be considered as an original.

I think after that the oldest still working computer is the Zuse Z22/13 built in 1958 (or 1956) which is currently owned by the Karlsruher Institute of Technology and on loan to a local museum "Zentrum für Kunst und Medien" (Centre for Art and Media). It is definitely the oldest vacuum tube computer still running.

There also is a Zuse Z4 on display at the German Museum in Munich, which they claim would still be operational though it isn't running.

"The Harwell Dekatron computer, also known as WITCH, first ran in 1951 ... it is the oldest original working digital computer in the world - a record that is likely to stand for as long as it continues to function." (https://www.tnmoc.org/witch)

It's at the National Museum of Computing at Bletchley Park, UK. I had the pleasure of seeing and hearing it running not long ago.

You'll find a lot of ancient processors still in use in military ships and aircraft. These are highly regulated applications and the amount of work required to test and certify a new technology is immense. For that reason, it's easier and cheaper to continue using archaic designs so long as they still work.

Military equipment doesn't always have publicly-available implementation details, but one example that we do know about is the AN/AYK-14. This is a flight computer based on an AMD 2900 series chip and was designed in the mid 1970's. It's used in the F/A-18, the AV-8B, and other aircraft that are still in active service in various nations. A professor of mine had a poster in his office from the 50th anniversary celebration of an earlier generation of this line of flight computers (that was in the mid 2000's). I don't recall the exact model number, but there were one or two older but still-active aircraft that used it.

I recommend looking at the military craft used by smaller developing nations. They often buy surplus vehicles that larger militaries have retired and replaced. You're likely to see some real dinosaurs still in use out there.

It's most likely the Central Air Data Computer, which is the first true microprocessor, used in F-14 Tomcat. Design work started in 1968 and was completed in June 1970, and since the F-14 remains in service with Iran's air force, it can be considered as the oldest digital processor still performing its original duty.

Though not since 2011, Air traffic Control Input/Output Processor IOPs ran 40 years from 1971 to 2011 and had a wide USA distribution - so decommissioned not that long ago but did start in a relatively primitive digital time and had a long run.

The Input/Output Processor was an array of maybe 200 cards. Each consisting of what counts today as a few gates to a few hundreds. Its computational strength was in its parallel I/O processing.

I'd generically say early, digital, handheld calculators (1970s). I'm sure someone's using one somewhere. If not, video games (arcade or TV-console) from the same decade are being played once in a while by enthusiasts (like me). I don't know if that's what you're looking for.

No need to look at spectacular examples in space. Early "computers" actually hide in very profane places, like in cars.

Volkswagen/Bosch introduced the first ECU in the VW 411 LE with D-Jetronic in 1968 (Which was, in fact, an analog computer, so might not 100% comply). 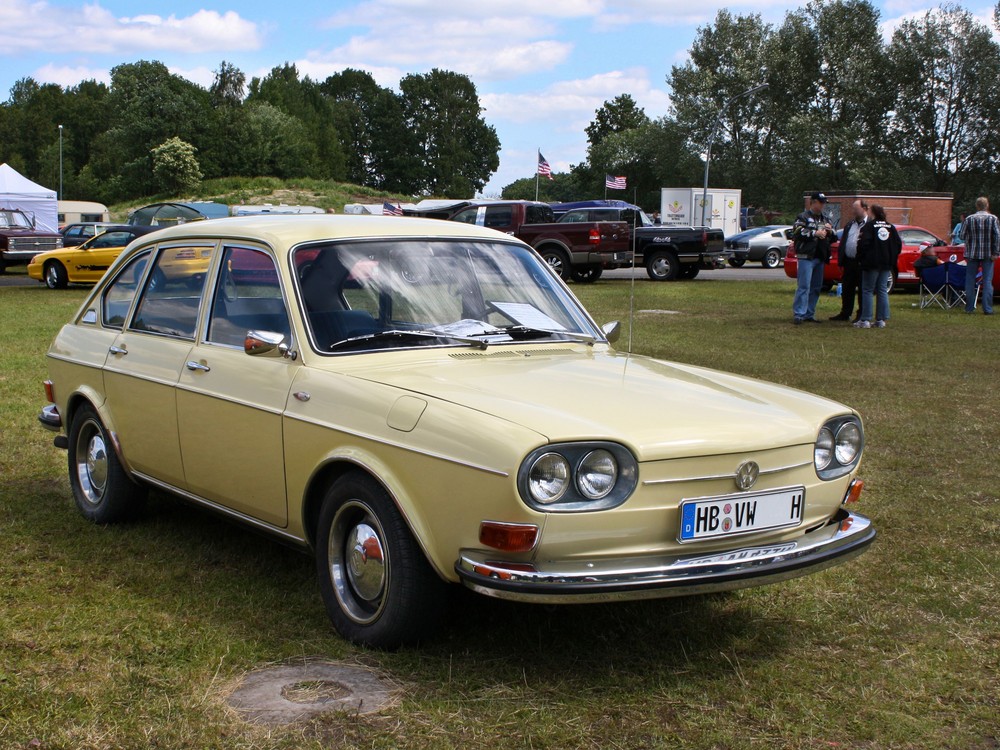 I'm sure you can find examples even older than that once you start looking into other MCU or even "relais computers" that control elevators or other profane appliances.

20
What was the earliest non-valve, non-mechanical computer?
49
What is the oldest computer capable of running a modern version of GNU/Linux?
10
Is there a non-paging ITS for the PDP-6 or PDP-10?
9
What exactly did Sony contribute to the original Apple PowerBook?
27
In the original Z80 layout, where are the "traps" located? And what are their effects?
9
What was the screen refresh rate of the Lisa and original Macintosh?
17
What is the oldest reference to PEEK, POKE, and USR?
23
What was the last non-monolithic CPU to come to market?