Was the Amiga ever used by any U.S. Government agency?

This is a long shot question, and I'm asking only because, well, I'm not entirely certain why I am asking...

NBC Nightly news did a short piece on April 18th, 2022 talking about the IRS being backlogged due to being understaffed, underfunded and using antiquated technology. To make their point, they used the following graphic: 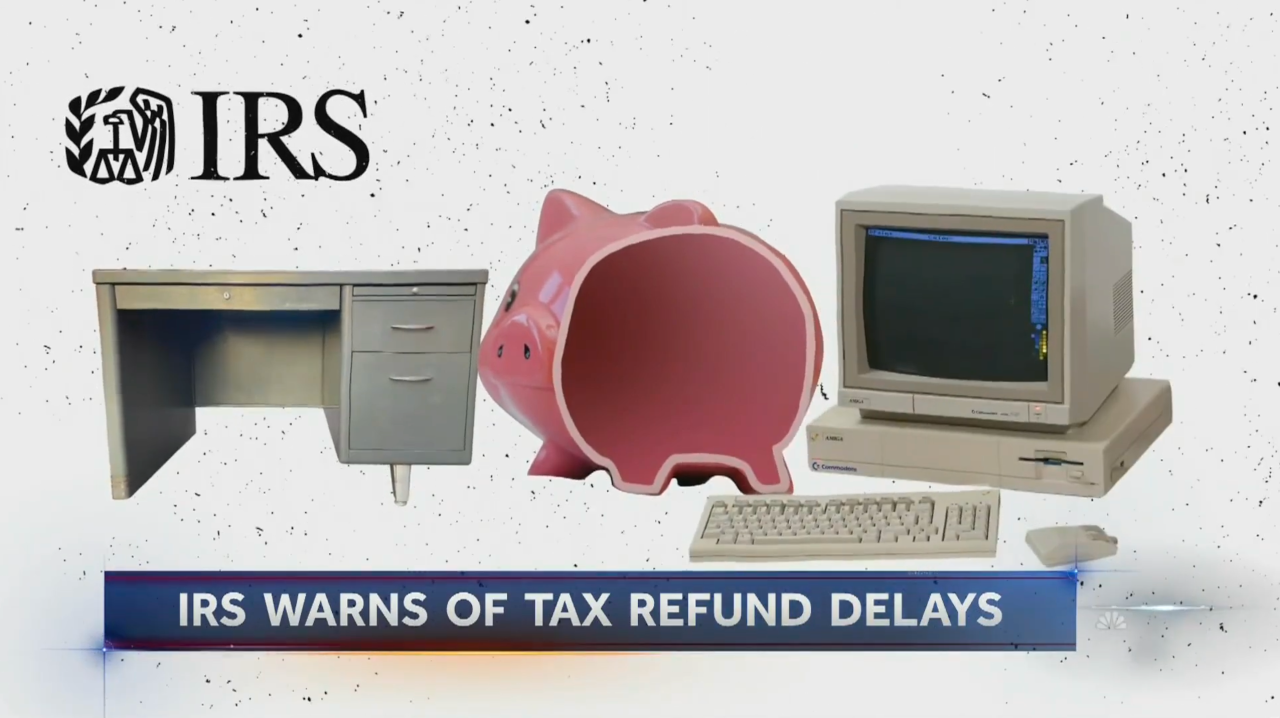 After jumping out of my seat and returning to the floor, I started wondering why in the world they picked my beloved Amiga 1000 as an example of "antiquated technology". Now I hope it was some fanboy in the graphic arts department (notice the Amiga is running Deluxe Paint!) - but maybe the IRS really did use Amiga's at some point?

Is there any evidence of Amiga computers ever being used (specifically) by the Internal Revenue Service or (more generally) by any other U.S. government agency? 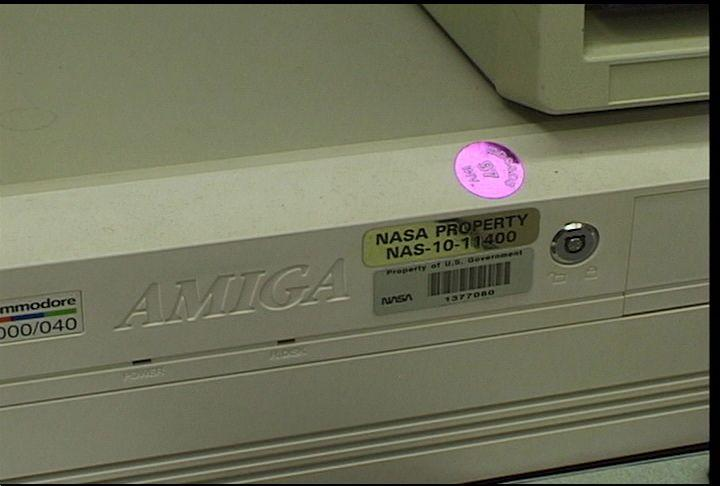 Seven Amigas are online assigned to operational support, six are dedicated to routing data to remote space centers and another six are reserved for hardware and software development.

Directly from the NASA site (https://ntrs.nasa.gov/search?q=Amiga)

The flexibility, cost-effectiveness and widespread availability of personal computers now makes it possible to completely integrate the previously separate elements of video post-production into a single device. Specifically, a personal computer, such as the Commodore-Amiga, can perform multiple and simultaneous tasks from an individual unit.

A present example of computer-based video post-production technology is the RGB CVC (Computer and Video Creations) WorkSystem. A wide variety of integrated functions are made possible with an Amiga computer existing at the heart of the system.

While the IRS may have been a bit too "stodgy" and corporate for Amigas, some government research facilities did use them. The Stanford Linear Accelerator Center (SLAC), which is funded and jointly operated by the U.S. Department of Energy, was well-known for on-site Amiga usage.

While the Amiga found its way into many of SLAC's research projects, it was most commonly used to run Amiga TeX (for document creation) and Valiant Little Terminal (VLT), as a Tektronix compatible graphical terminal for accessing SLAC's many large machines.

The following description of VLT appears on Fred Fish disk #202:

VLT is both a VT100 emulator and a Tektronix (4014 plus subset of 4105) emulator, currently in use at SLAC (Stanford Linear Accelerator Center). Although the VT100 part was originally based on Dave Wecker et al.'s VT100, many enhancements were made. The program requires ARP, and it has an ARexx port. XMODEM 1K/CRC and Kermit protocol support also included. Version 3.656, binary only. Author: Willy Langeveld

Indeed, much of the public domain Amiga software that I relied on at University came from programmers employed at SLAC.

There were Amigas embedded in NASA JSC's Shuttle Mission Simulator (SMS) computer complex. They were used, if memory serves, in one version of the out-of-the-window scene generation equipment, as controllers.

While I was assigned to the Air Force Pentagon Communications Agency (1994-2000), I had reason to look in on the affairs of the television maintenance shop. There are some video productions that were made from time to time for the consumption of various officers. I don't know how the ins and outs of what was produced, but I can attest that they had an Amiga 2000 in their equipment inventory.

There was also an Amiga A2500 used by NASA. Pictures of it are in the Big Book of Amiga Hardware. NASA's telemetry labs used the pictured machine (and a few more). A YouTube video tells their story. Favorite tidbit: "NASA didn't like the Amiga, it wasn't expensive enough." but it got the job done.

Not the answer you're looking for? Browse other questions tagged amiga government or ask your own question.

20
What size screws were used in the Amiga desktop cases?
20
How was 8-channel audio achieved on Amiga?
61
Are there any modern compilers that can generate Amiga/m68k executables?
24
Was the MC680x0's TAS instruction forbidden on Amiga systems only when operating in CHIP memory?
25
What exactly was the Amiga Ranger?
21
Was Amiga the last of the home retrocomputers sold?
9
How advanced was the Amiga Walker prototype?
6
Could the Apple IIGS play any and all Amiga MOD files?
18
What made the Amiga "Genlock-able"?
7
What was an Amiga "X-Drive"?