Setting aside the fact that the Model M keyboard is still made by Unicomp, which keyboard did IBM market as the successor to their Model M (aka "Enhanced") keyboard? My understanding is that they stopped selling this keyboard in 1999, so I'd imagine it would be somewhere around that time that a replacement sort of model would exist.

keyboards ibm
Share
Improve this question
asked May 20 at 2:10

In 1994, Lexmark created the Model M2, which was a buckling spring keyboard like the original Model M, but in a smaller and lighter case and somewhat cheaper to build. In the strict technical sense, this ought to be considered the Model M's successor. However, reliability problems limited their original sales and their availability today.

In 1996, IBM began selling the IBM KB-8923. This was apparently a re-branded keyboard build by Chicony. It's distinguished from the Model M by its 104-key layout and no buckling spring mechanisms.

Besides being updated to include the keys "needed" for Windows 95, it most likely also represents a significant cost reduction.

I believe these were the keyboard you would normally get when purchasing an IBM Series 300 system. So, really, it's a replacement keyboard to coincide with the replacement of the PS/2 line of computers. It would have been sold alongside the Model M, but the Model M would not be updated to have the new layout until Unicomp did so themselves in the 2010s. 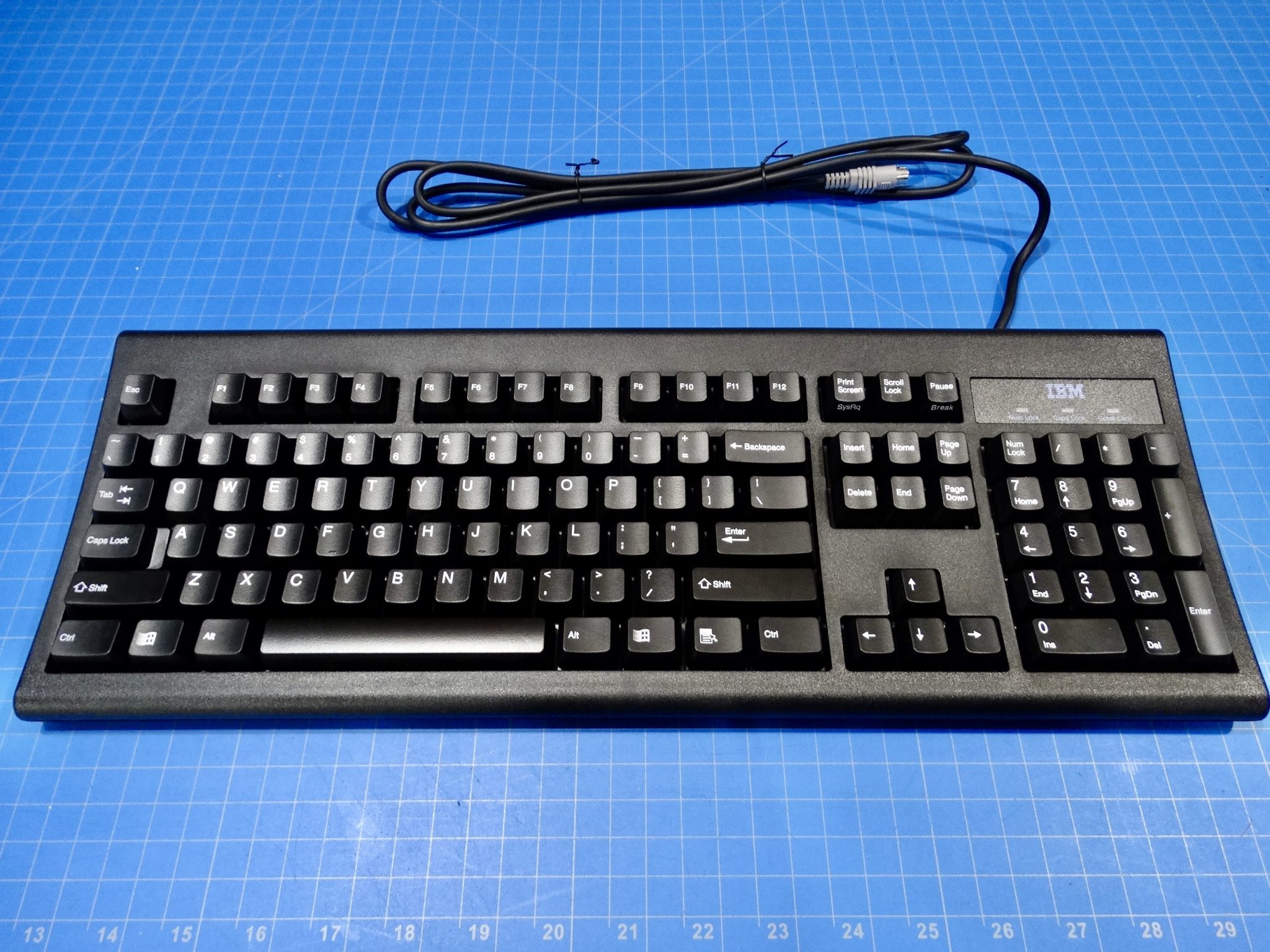 In 1994 IBM introduced the Aptiva range. These machines were supplied with keyboards such as the KB-6323, which used a conventional (and cheaper) rubber dome mechanism (as opposed to the buckling-spring mechanism of the Model M). The example shown in the linked video has a 1997 manufacture date, but since it has no Windows key that suggests that the design dates to before the introduction of Windows 95.

Some Aptivas, such as the black 'stealth' models sold in the 1996-7 timeframe, were supplied with a Rapid Access Keyboard -- again, this used rubber dome keyswitches.

Not the answer you're looking for? Browse other questions tagged keyboards ibm or ask your own question.