What tape format did the Nintendo Famicom Data Recorder use?

I just learned from a YouTube video that in Japan there was an add-on for the original Nintendo Famicom console that included a keyboard (HVC-007) and compact cassette tape player & recorder (HVC-008). 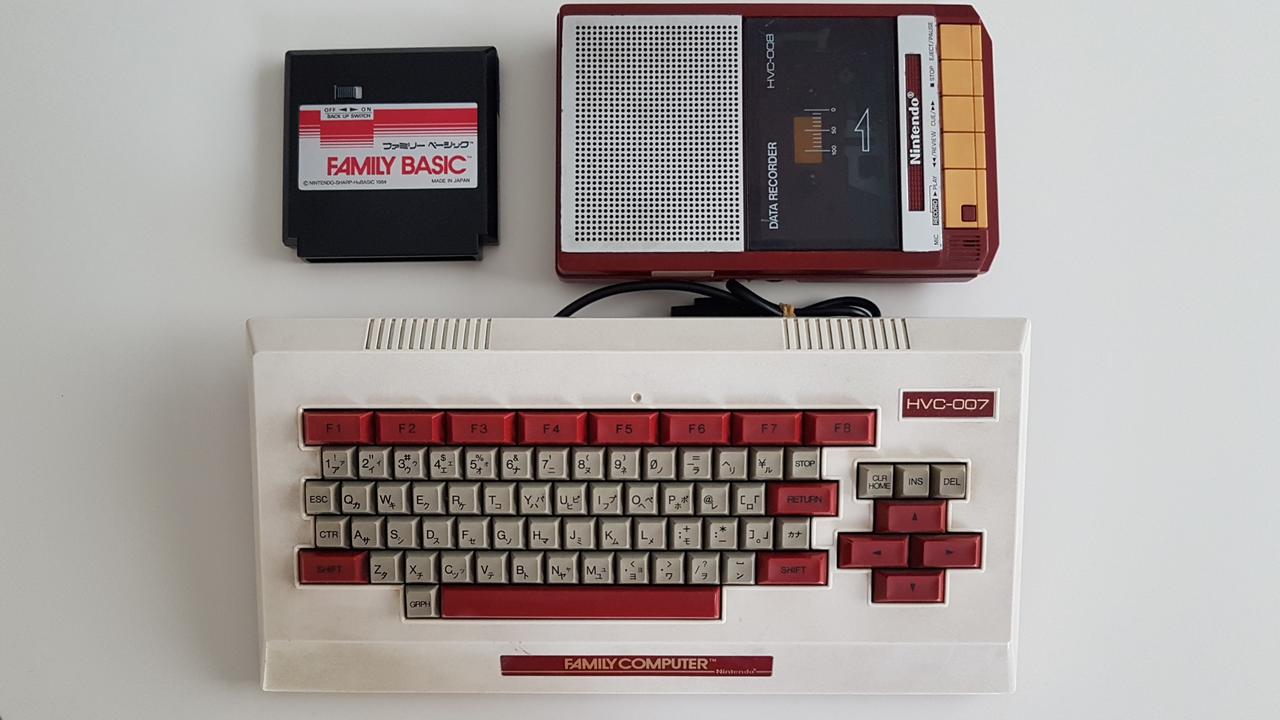 Since I've dabbled in disk and tape formats in the past I immediately started Googling for the format Nintendo used for this. But I was unable to find anything.

Is it documented somewhere? I presume somebody must have at least reverse engineered it to add support to an emulator, but so far I can't even find any info about that though I've never been into Nintendo emulation so might not know where best to look.

cassette-tape file-format famicom
Share
Improve this question
asked May 22 at 1:17

Springing from the link provided by hippietrail to the Nes Dev wiki, the data recorder doesn't use any particular format — it provides only a 1-bit DAC under programmatic control, much like many 8-bit computers, and leaves the software to define a format on top of that. Different software defines different formats.

So in terms of reverse-engineering for an emulator, any recording of square waves will do; if a Nintendo emulator author were aware of them, then formats and the corresponding capture tools used with other emulators such as CSW could be appropriated without modification.

Per the linked article:

I didn't foresee when asking that I was asking about the file format used for saving and loading from Family BASIC. Unlike other home computers such as the ZX Spectrum, the BASIC is in a cartridge ROM and other games which use the Data Recorder have their own cartridge with their own ROM and the BASIC ROM is not present, so they implement their own custom save and load routines rather calling the BASIC routines.

I was asking about both but actually I was most interested in the high-level format. It turns out that the same Nes Dev wiki actually has this link that includes that info, but in Japanese. Google Translate does well with it though:

Not the answer you're looking for? Browse other questions tagged cassette-tape file-format famicom or ask your own question.

12
What format is the (Timex) Sinclair ZX Spectrum SCREEN$/.SCR file
5
Magnetic tape data preservation format
12
Why did the ZX Spectrum use edges for its tape storage routines?
4
Use of PSK for storage of data on audio tape
2
Why did Nintendo commission Sony to create a disk reader if the Famicom already had one?
8
How did the C64 interface tape drives?
4
What was the format for .OBJ files produced by M80.COM for CP/M?
4
Did BBC Micro and Electron games use custom tape loaders?
7
What floppy disk format and layout and what disk image format are used for the Coleco Adam?
27
Why did Nintendo name its console the "Famicom"?