I recently picked up a (seems like) fully functional Apple IIc on eBay to play around with. I do have a modern TV that has RCA input port that the Apple IIc supports. However, when I plug in the Apple IIc to the TV and turn it on, the display briefly displays the Apple IIc boot up screen (black screen with Apple IIc text on top) for a second, then everything turned into snowflakes, which means the video port on the Apple IIc is definitely not bad (I can replicate this every time).

What else can I do to make this Apple IIc work on my TV?

I also have an RCA to VGA adapter coming, not sure if that will help though.

I found out that if you switched to another input source then switch back to the input sources the Apple IIc is connected to, it will display the correct text for a fraction of a second, then return to the static screen. I've also tried running the diagnostic (holding both Apple key at startup), it says system OK (I managed to catch the text during the fraction of second which it appeared correctly).

Here is a picture of the static: 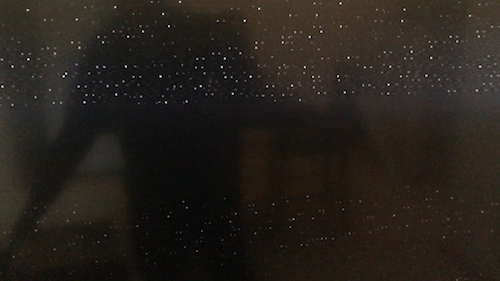 The RCA to VGA adapter that just came fixed the problem. I'm not sure about the brand but it should be a generic one. The monitor I connected is a pretty standard VGA computer monitor.

Not the answer you're looking for? Browse other questions tagged apple-ii display or ask your own question.

18
Is it possible to use an Amstrad CPC464 with a modern monitor or TV
6
LCD Displays with the Intel 8080
14
Interfacing with vintage Canon monitor
11
Why are some soft switches on the Apple II only triggered with a write?
5
Is there any benefit of using an Apple Language Card in an Apple IIe?
14
Did Apple bundle a specific monitor with the Apple II+ for schools?
7
Why does this Apple //e drops into system monitor when booting?
8
Why did raster displays require semiconductor memory
4
Does the Apple II's non-linear frame buffer layout help DRAM refresh?