It is plug and play or are modifications required?

This is the board: 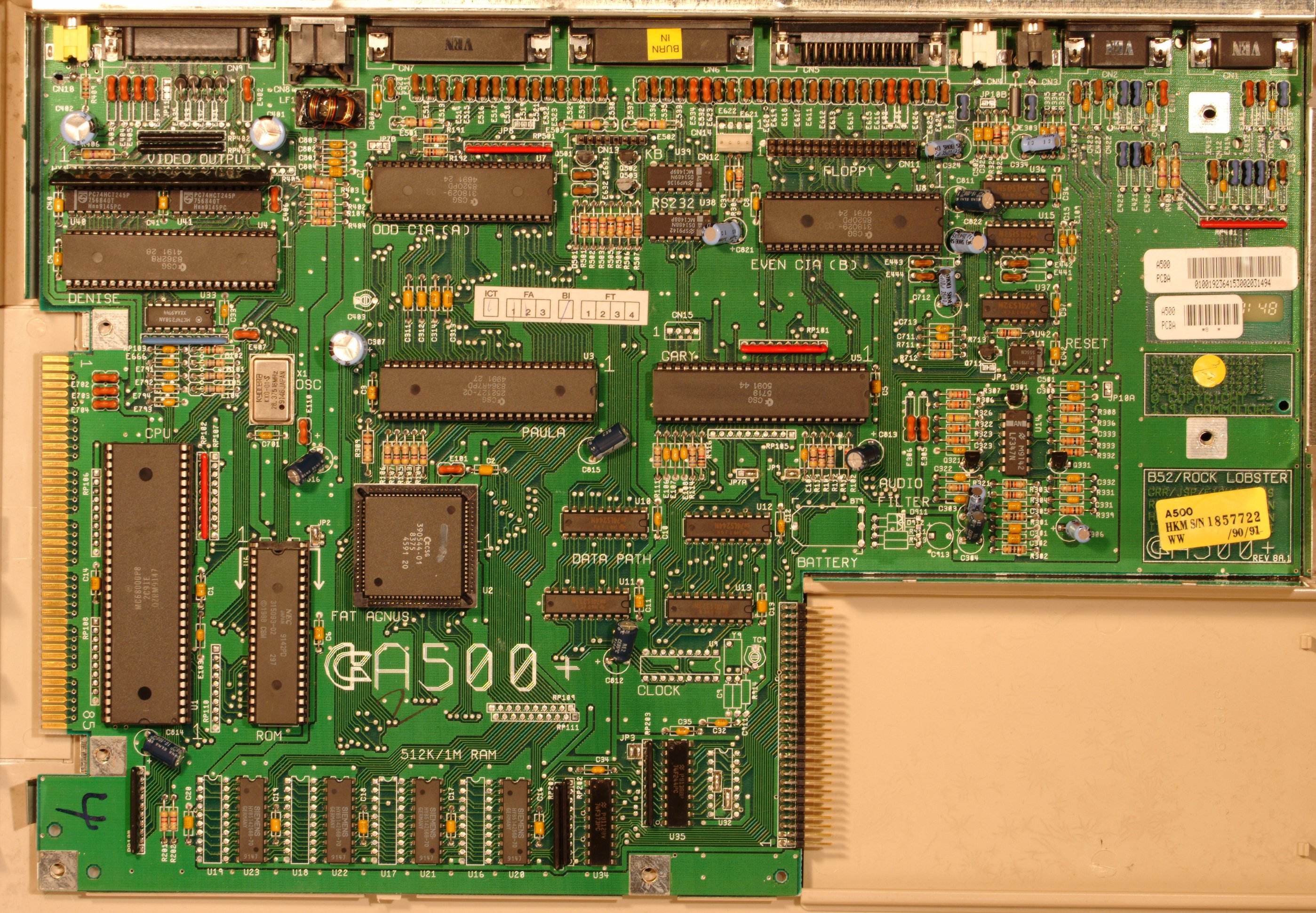 Multiple sources on the internet point out that Rev 8a is indeed an Amiga 500 Plus and not a regular Amiga 500. And your picture clearly shows A500+ printed on the board. So I guess it can be said you own an A500 Plus, just with a 2MB Agnus but 512KB of memory. Does it have an on board clock chip and battery, out of curiosity?

The A500Plus service manual (http://www.gamesx.com/wiki/lib/exe/fetch.php?media=amiga:amiga_500plus_-_service_manual.pdf) points out that the A501 and A501Plus use the same PCB, just the A501Plus does not have the clock chip and battery soldered in. It also states that the original A501 can be used both on an A500 (where it will result in the 512KB chip + 512KB slow fast memory configuration) and on an A500Plus (where it will be mapped in chip ram - I assume to give 1.5MB of chip ram, since the rest of the document describes the regular A500Plus with 1MB on board). It does not say anything about what happens with an A501Plus on an 512KB A500Plus.

Additionally, at the end, the list of jumpers in the schematics have a "JP2" jumper that selects between "C0 vs. 08 address map" (0x00C00000 being the slow-fast RAM, 0x00080000 the second Megabyte in chip RAM). Also a JP4 seems to select between 512KB and 1MB on board memory (so a 512KB Amiga 500Plus is indeed a supported configuration except it was never officially released??).

My guess is that hardware-wise, you should be able to mount an A501 Plus in your Rev8a board with 512KB, and that you don't really risk damaging anything. However, again, this is just a guess, so you may want to wait for other answers.

However, you probably still won't get 1.5MB chip RAM because, at least in the leaked Os 3.1+ source code (and there's no reason to believe earlier version to behave differently), Exec checks for Chip ram earlier during boot by starting at location 0 and probing every 16KB for memory and exiting as soon as the test fail, and finally creating one (and only one) node in the free memory list for the (continuous) area of Chip RAM that it found.

So you would have two options here:

BTW, if you ever try and somewhat manage to have the hardware drive at least part of the memory of the A501Plus, you can use this program go add the region of memory not recognized by Exec: http://aminet.net/package/util/misc/ROMTagMem

Valid options are as follows:

After looking at the schematics I think these are the possible cases and outcomes:

So, 1MB of chipram is available.

So there are 1.5MB of ChipRAM but AmigaOS will not recognize the 1MB at 0x100000 because not contiguous. OS Patch or post-boot command needed.

So the a501+ is masked by the internal DRAM, 1MB of ChipRAM.

A bit expensive, but there is this option: https://icomp.de/shop-icomp/en/produkt-details/product/ace2.html#filter=* Updates the Agnus to have 2 Meg chip.

22
How did the Amiga 500 left-side expansion port work?
13
Practical differences between the three Amiga 500 rev 5 motherboards?
18
Was it possible to get more than 8 sprites per scanline on an Amiga with the copper list?
11
Any Issues with running Workbench 1.3 on a Kickstart 1.2 Amiga 500?
24
Why was it not possible to cost-reduce the Amiga 500?
12
How Amiga A590 autoboot ROM and bootable floppy disk works?
4
Will US Amiga 500 work in UK with UK power supply?