Which (micro) computers were dominant in Australia and New Zealand in the 1980s?

Australia and New Zealand are somewhat unique among large, developed, economies because they bridge the culture of (mostly) the West with the geography of the East. I am curious how this may have influenced mass-adoption of 8-bit and 16-bit micros in the 1980s.

Which manufacturers and models of early home/office computers dominated the market in Australia and New Zealand? Assuming there were 1 or 2 dominant "players", what were the main drivers for their success?

I had a quick browse of the archive.org computer magazines section, searching for 'Australia' and 'Australian'. The sampling is unlikely to be fair, since I believe archive.org carries only what users happen to have kept and uploaded, but from this I found:

I'm confident a former Commodore user has been disproportionately active but that at least suggests that the American companies — Apple, Commodore and Tandy — had a decent impact.

Addendum: having broadened my search also to include New Zealand, I've found quite a few copies of the NZ Bits and Bytes magazine, which includes a strong showing for the British micros. Leafing through the issue with "The Amstrad Arrives" as a cover story I see separate columns related to:

The Amstrad review notes that it "has been designed as competition to the BBC and Commodore 64 ... [i]t is also hoped to attract Spectrum users wanting to upgrade". That issue also contains positive reviews of a couple of PC clones, so it's possible New Zealand adapted more quickly to those than Europe did.

Flipping forward to 1985 (cover story: the Spectravideo X'press), columns now exist for the Amstrad, Apple, BBC, Sega, a Sanyo PC clone, the Spectravideo SV328 (the almost MSX, even more so than the Sega), Commodore, Spectrum and Atari.

An article titled "The Z-80's Finale?" notes with an exclamation mark that Amstrad ensured the new 6128 was available in NZ only ten days after the UK. Given that Amstrad were making an effort, it's likely that the market was competitive. These probably weren't various spotty grey imports.

But I think possibly your thesis is correct. A lot of major European names like Acorn, Sinclair, Amstrad intermingle with the American Commodore, Atari and Spectravideo but there's also room for the Japanese Sega and Sanyo.

As far as the School market in Australia, the locally made Microbee was dominant in the 80's together with the Apple 2e and BBC. The Microbee was mainly sold in Australia (zero to USA) but also sold into Sweden and its neighbours, New Zealand and a few to Israel & Russia. As a result, the USA, UK, etc know very little to nothing about the Microbee.

Microbee also sold well On the home domestic market but never dominant there. The various Commodore's/Amiga's ruled because of their price. The Apple & BBC were to expensive. Then came all the rest of the Spectrums, Ataris, Amstrads, etc. The Exidy Sorcerer and System 80 (TRS-80 clone from Dick Smith Electronics) were also well supported in the domestic market.

All eventually killed off by the cheap IBM Clones of the late 80's/90's.

I started programming microcomputers in 1979 as an 11-year-old in Melbourne, Australia. This is how it is in my memory, which I am sure is only a rough approximation of reality.

The only computer I would seriously apply the word "dominate" to would be the Commodore 64, even though I never had one or was interested in them. It truly dominated the home market for years. The 16-bit and 32-bit eras were more fragmented and the business and serious market was also divided. Initially between the Apple II and TRS-80, then between the IBM PC and the Apple II and Macintosh.

The only seriously special thing here was the MicroBee. They look very nice and their specs look very nice. And they're unique to Australia. You don't see them for sale though. Looking on our equivalent to Craigslist I only see a wanted ad (-: 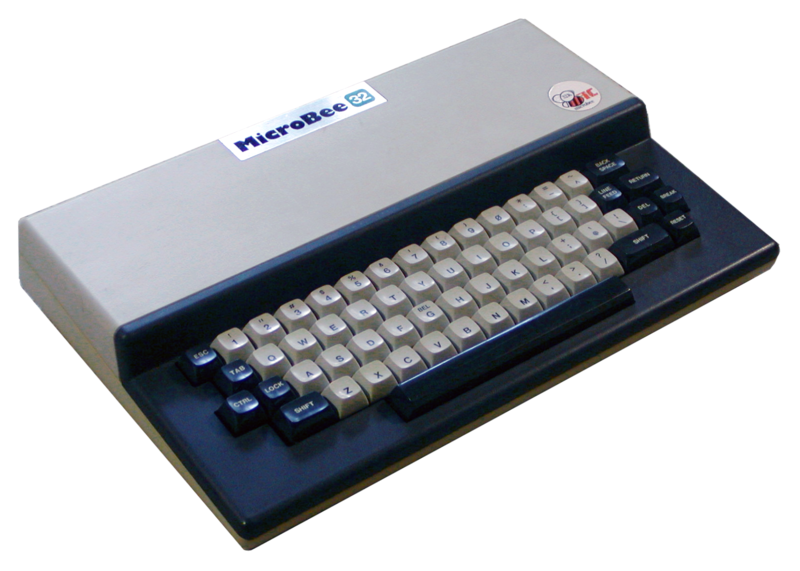 Oh, one computer I remember being advertised in the magazines, and that I saw in at least one shop was the Hitachi Peach. It had pixel-addressable hi-res colour graphics that were better than what a TRS-8-, Apple II, Vic 20, or Spectrum could do. That must've been around 1981-82 because I doubt its graphics were any more impressive than a CPC or C64. These days they're hardly mentioned anywhere on the internet.

I had a nagging feeling there was an early "luggable" I was missing. Indeed the Osborne 1 was prominent here among serious computers and it ran CP/M which I was unaware of, or uninterested in back in the day, since CP/M was not associated with graphics or games.

EEVblog did an episode (#1194) pretty much on this topic just over a year ago. He goes through an Australian computer magazine from 1985, commenting on many ads, systems, software, etc. along the way.

Not the answer you're looking for? Browse other questions tagged history 8-bit-microcomputers market or ask your own question.

9
Selling computers via dealers and the mass market
32
Which tools were used to create the C language?
44
How were files transferred between different systems in the late 1980s?
10
Which pre-IEEE computers had a single precision FPU and implemented double precision floats in software?
77
Back in the late 1980s, how was commercial software for 8-bit home computers developed?
20
Which 8-bit computers were used in German schools in the 1980s?
5
What were the Major Public Access Unix Systems Available in the 1980s-90s?
2
Which Apple II emulators were the first ones each to use the .do and .po "dsk" floppy disk image file formats?