What typewriters and computers are shown in this commercial?

In this Apple commercial for the new MacBook Pro, there are several typewriters as well as a few retro Apple laptops shown. Which typewriters and laptops are being shown?

Order is left to right, top to bottom. Click to embiggen. 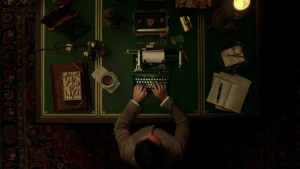 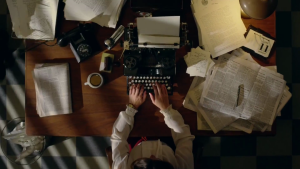 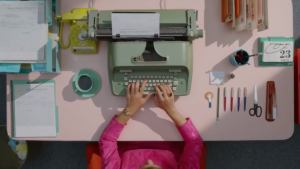 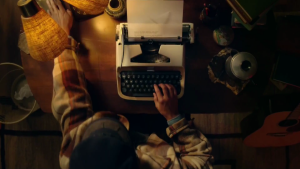 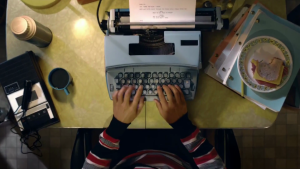 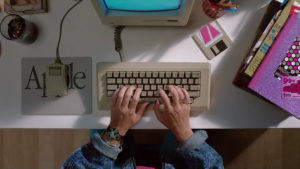 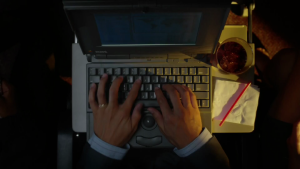 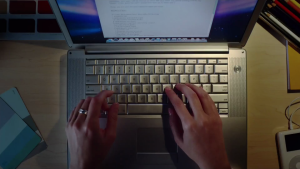 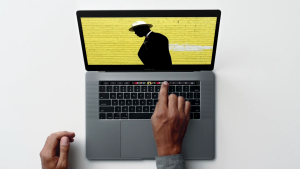 The following is the list of typewriters in order of appearance:

I don't know any of the typewriters; those predate me.

The computers, however, are (in order of appearance):

It is a bit odd they didn't include the Macintosh Portable, which was the first real portable Macintosh, or the PowerBook 100, which was (I believe) the first sub-notebook (a form factor that would later reappear with the PowerBook Duo series). The PowerBook 100 was also the first notebook to include a built-in trackball pointing device, in a location that would become the industry standard (centered at the front of the unit, underneath the keyboard).

I would have also felt compelled to include one of the PowerBook G3 models (post-Kanga: either Wallstreet, Mainstreet, Lombard, or Pismo), which was the first notebook that I ever thought was "sexy". It also introduced the glowing Apple logo on the lid that is so iconic today (although in the early designs, it was upside down when the lid was open and the computer was in use!).

Not the answer you're looking for? Browse other questions tagged apple identify-this-computer or ask your own question.

2
What Apple computers are shown in this MacBook Pro Reveal video?

45
What computer system is this from 1984 Doctor Who?
8
Was it Microsoft that started the war between Application and OS vendors?
2
What Apple computers are shown in this MacBook Pro Reveal video?
12
Apple II GS versus Mac Plus cost
2
What make and model is this 386 mainboard?
12
Where was this Grace Hopper/Univac photo taken?
7
What commercial computers were based on the MC88100 and MC88110?
12
Did Apple bundle a specific monitor with the Apple II+ for schools?
26
What's the terminal/home computer used as a prop in the computer school in Superman 3?
9
What year was my old, long-lost IBM PC born? And which form factor/model was it?