Looking for an easy to use Commodore 64 disk/sector editor

First, let me say I understand that 'recommendation style' questions can be very subjective, but I believe there is enough value in a few good beginner resource pointers that others could benefit from any answers generated by my question. That said,

I'm looking for a recommendation for a straightforward Disk/Sector editor for the Commodore 64 with a 1541 disk drive. I've found some utilities for windows and other operating systems that will allow examination of D64 images but I'm looking for something running on the C64 itself.

My goal is to use this inside VICE and on actual hardware to inspect both physical disks and some disk images I converted last year. I want to walk from the directory to the start of a given file, examine the leading bytes of the file (which should indicate the memory load address for the file contents) and walk the chain of blocks/sectors that comprise the file contents.

I've gotten rusty with old age, and while I remember spending many long nights in front of Supermon64, I can't for the life of me remember what my go-to solution was for examining disks.

As always, any input is greatly appreciated!

The Epyx Fast Load Cartridge did much more than just increase the speed of data between a 1541 disk drive and a Commodore 64. Features included a Machine Language Monitor and Disk Tools.

NOTE: there is some controversy about the mention of the British Pound Symbol: In the manual for the Epyx Fast Load and on the Commodore 64 Keyboard, the symbol is described as the British Pound Symbol and is signified by the symbol # in transcripted versions of the manual, since having to type ALT-0163 may not have occurred to the transcribers. Found a scan of the original manual here, thanks to retro-commodore.eu which has the correct original symbol:

The Disk Editor may be a tool useful to you - I never used it since I was mainly interested in games, but the Fast Load cartridge is ubiquitous and commonly available. Not sure how to mount one in VICE. You can easily obtain a FastLoad manual with a cursory google search.

After doing some research, and some downloading, and some experimenting, I eventually settled on DI-SECTOR 3.0 from StarPoint Software (1985). 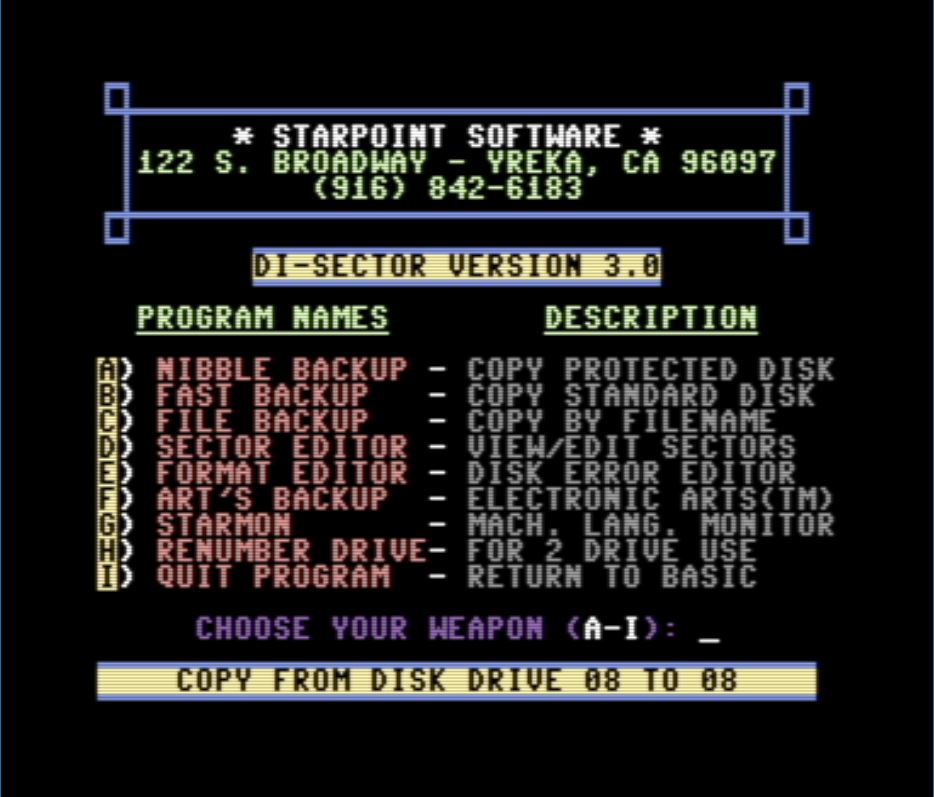 What sold me on DI-SECTOR was the Text and Hexidecimal representations for the current sector are both on-screen at the same time. 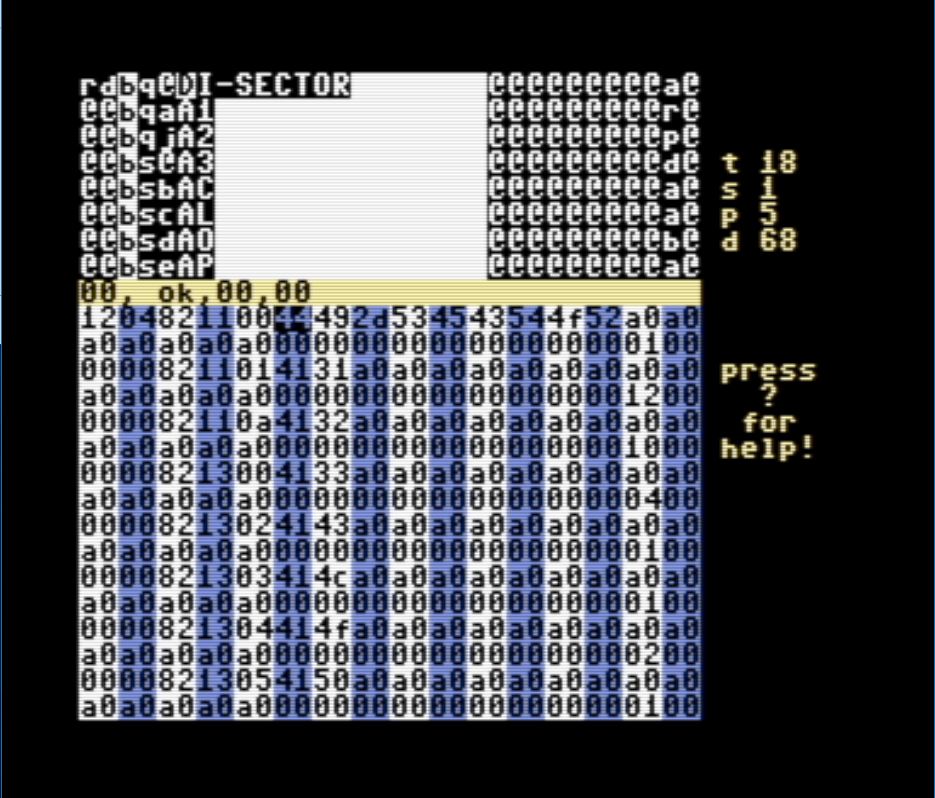 Many of the sector editors I looked at would only show the textual representation for the current sector and then only display the hex value for your current cursor position, which seemed overly cumbersome. I find the full display of both views to be far more friendly and closer to what I would expect from a modern hex editor.

DI-SECTOR 3.0 was easy enough to navigate, and with a copy of Inside Commodore DOS it was simple enough to traverse the BAM, directory entries, file blocks, and do repair work to damaged data.

Hopefully this helps someone else in the future! Enjoy!

I can recommend Reconnaissance. It's easy to use and also has a neatly arranged hex and ascii view. It is also what I used back in the days. 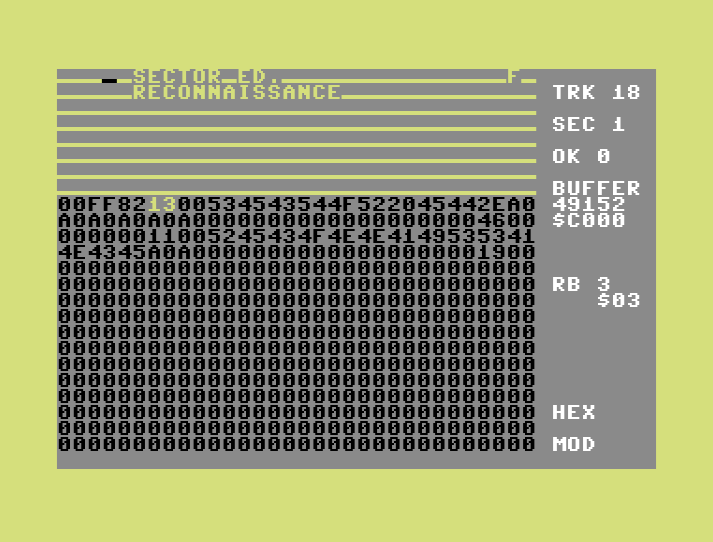 ^ Only very few sector editors offer such wide petscii lines. This increases readability - each directory entry equals one line. The program "sector ed." starts at track $13, sector $00. The filetype is standard prg as defined with the $82 left of it.

Just like you, I need a sector editor (my nordic power cartridge sometimes saves files with a wrong load-adress to disk).

So I tested literally a dozen other sector editors today. In Vice and/or on my physical machine - just to have a look. (It took quite a while ;) One of the best was "Satans Seed" aka "Satans Cracker" by "the deacon". Don't look at me, I didn't label it that way ;) 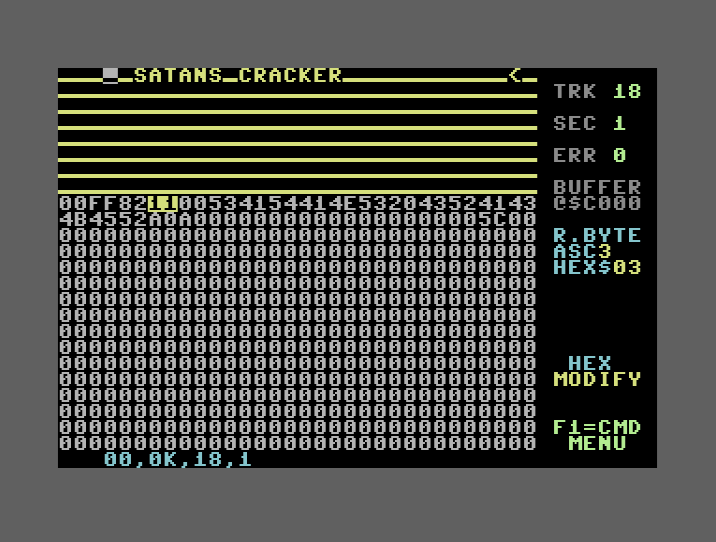 If you want small size the winner in my opinion is disc-doctor-V3 by kevin pickell using only 15 blocks. 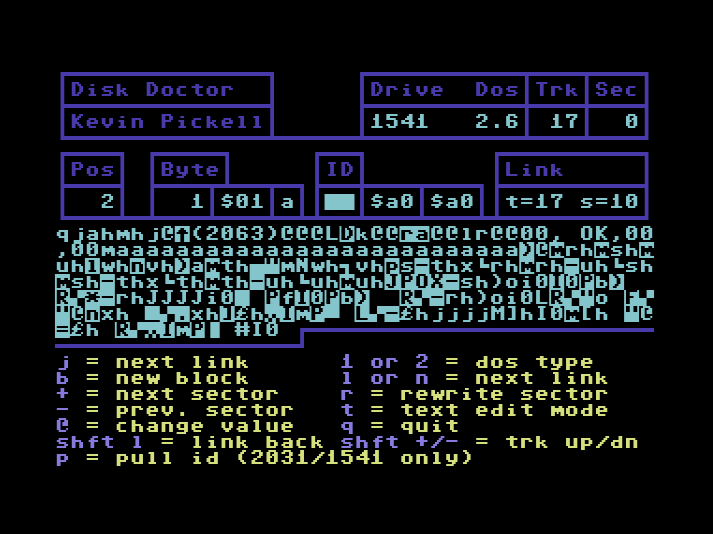 You maybe can find these programs if you g**gle for "commodore.software" and "disk editors", but I'm sure searching the internet for the program names will work, too.

Another way that I just recently learned although I use cartridges since "the days" is:

If you have a cartridge like the Nordic Power or the Action Cartridge+ you can use the sector editor that is built into the assembler monitor. It's less comfortable but way quicker and you don't have to load a program.

You can do exactly the same in Vice when you've got a .crt image file of the cartridge and mount it. 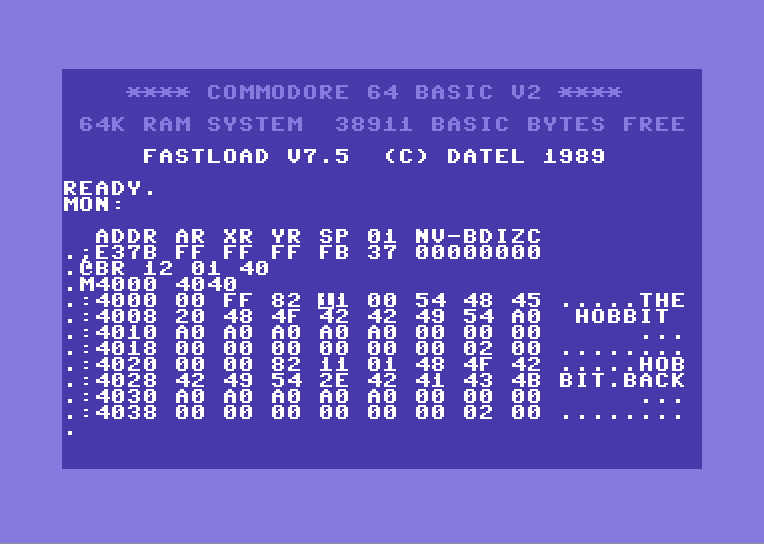 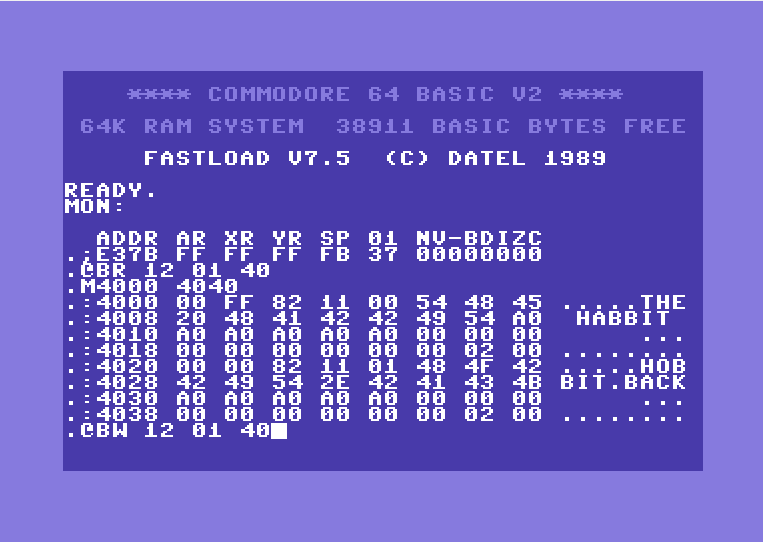 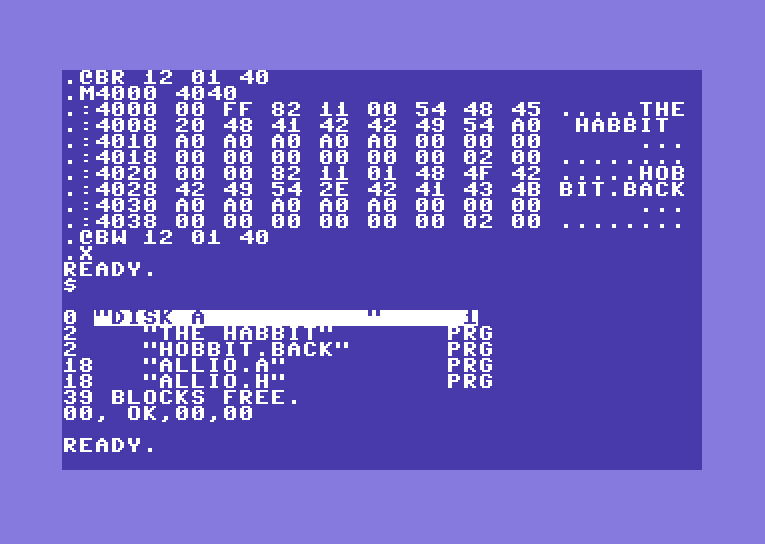 Not the answer you're looking for? Browse other questions tagged commodore-64 floppy-disk software-recommendation or ask your own question.

7
How could a 16-sector PROM Apple II access a 13-sector disk?
18
What are my options for multitasking in MS-DOS 5.0 on an 80186 with EMS?
9
Copying disk images to Commodore 64 floppy disks
5
How does the Spectrum +3 know whether a disk is bootable or not?
1
How does the Spectrum +3 know how many files are in the disk's directory?
3
What is the layout of the directory track on a TRS-80 Model I/Model III disk?
7
Did OSes write the floppy's logical sector number resulting from sector interleave/skew in the IDAM sector ID, or was it up to the OS?
9
I get I/O errors when writing a disk image to a new old-stock floppy in a USB drive. How can I resolve this?