I'm attempting to retrieve text documents from a floppy disk that is a 2.0 MB DS HD floppy similar to: 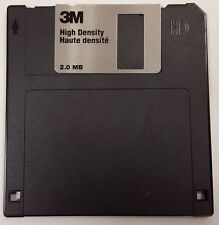 The only thing he knows is that the documents were created on a Mac around 1996.

11
z80 crashes after executing some instructions
8
What are my options for fast bidirectional transfer between a C64 and a 1541?
11
How Amiga A590 autoboot ROM and bootable floppy disk works?
3
Could the 6502 have worked with an Altair-style front panel?