Ask Question
Asked 3 years, 2 months ago
Active 2 months ago
Viewed 1k times
11
Closed. This question is off-topic. It is not currently accepting answers.

I can only remember a few characteristics:

I cant believe I found it, I'm so happy right now, years and years trying...

The name of the game is Quest for Glory V.

Here is some gameplay: https://www.youtube.com/watch?v=vtx_fpdi06w

And down here the image that finally helped me to find the game: 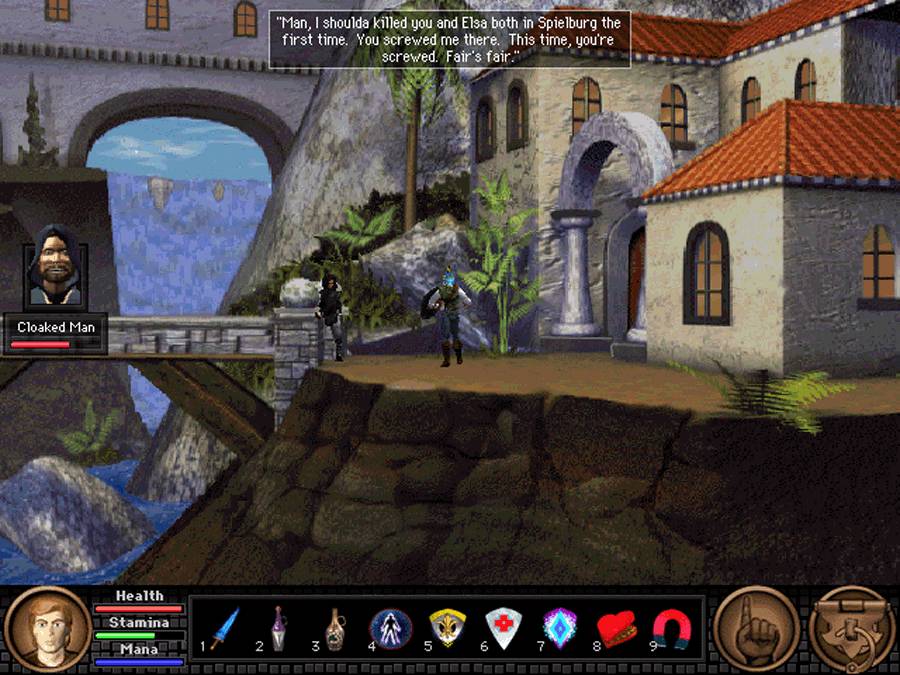 8
Submarine diver game where you had to collect fish and other things for your aquarium
4
Identify logic game involving turning things into ladders
2
What was this old athletics game I played?
3
Identifying a game from probably the 80s
3
Early game, “Chase” or “Escape!” and many others
21
Looking for a platformer game
6
Looking for a MS-DOS cars game
5
Old game, possibly called “Demons”