Did any computers use the Z80B?

The Z80 was one of the most popular CPUs of the seventies and eighties. In almost all cases that I know of, the version used was the Z80A, rated for 4 MHz, sometimes clocked a little slower in order to match display hardware.

The Z80B, rated for 6 MHz, was available quite early; Byte, December 1981 page 541, lists the Z80A for $7.25 and the Z80B for $19. Intuitively it seems like the extra twelve dollars should be well worth paying for a fifty percent performance improvement, but I don't remember any computers using it.

Did any computers use the Z80B? If not, why not?

One reason you didn't see many Z80B machines is that not much was available in the way of affordable support chips for it. For example, look at the advert you cite: it has prices for PIO, CTC, DMA, and SIO chips to work with either Z80 or Z80A, but for the Z80B there are no DMA or SIO chips listed, and the PIO and CTC chips are much more expensive. You could also use a Z80A with one of Intel's DMA chips, but those only went up to 5MHz, so if you needed DMA, you were only looking at a 25% increase in performance at most, not 50%.

Memory was a problem, too: for a Z80B at 6MHz to run with no wait states, it would need memory with a cycle time of 1.5x the clock rate, which unless you were using page mode (and consequently more expensive support chips) meant you'd need fast RAM chips too (a 4164-120 should do the job, but they were quite a bit more money than the 4164-150s that most computers were using at the time). And you'd still need logic to generate the RAS and CAS lines, which needs to be able to run faster than the CPU clock in order to produce the signals correctly. For example, the Sinclair Spectrum generates these using its ULA, which runs internally at 4 times the CPU's clock rate. So to make a Spectrum-like computer run a Z80B at full speed would need its ULA to run at 24MHz, which was pushing the capabilities of programmable logic at the time, so would likely have required a full custom ASIC, pushing it beyond the capabilities of many manufacturers. It could have been done with TTL logic chips, but would have made the resulting boards quite large, and expensive to produce.

Now, there were manufacturers who had the capabilities to do this, but in reality they had no real desire to: Commodore could have done it, but were completely invested in the 6502 series of CPUs due to their ownership of MOS Technologies. Acorn could, but then by the time the need for a faster mainstream microcomputer became apparent, Acorn were already thinking along the lines that would lead to the ARM processor.

A number of computers shipped with the Z80B, including:

Upgrades to the Z80B were available for some computers:

Funny that this post still doesn't have the right answer. The Commodore 128 of course!

Thanks to Tommy for providing a beautiful picture of the mainboard, which reveals the Z80B very clearly: 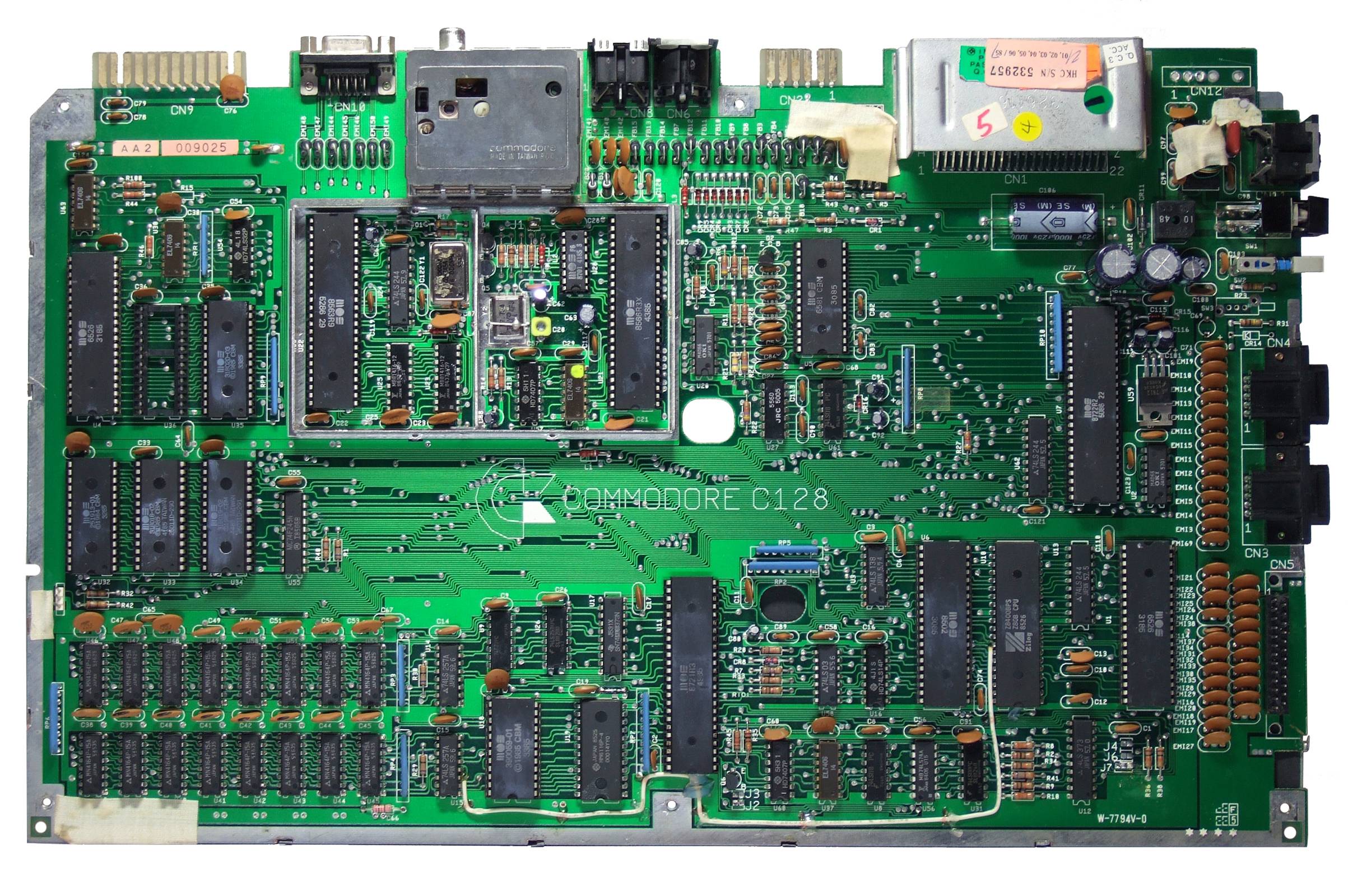 I had a homebuilt S100 Z80A system overclocked to 6MHz. It worked very well although I did find it necessary to heat sink the processor. So using a Z80B was not really necessary, and I was able to use standard Z80 family parts.

It is worth considering that $12 around 1980 was worth rather more than $12 today, so that cost comparison is not so simple.

There was also a Z80H which was rated at 8MHz, although I believe that came later.

Cromemco also made a dual CPU board with the Z80B at 5mhz and MC68010 at 10mhz on the same S100 board. The Cromemco XPU. http://vintagecomputer.ca/files/Cromemco/Cromemco%20XPU%20Manual.pdf

There were much better things around in the old days of mine, even while not official releases.

In the early 80s I owned a TRS80 Model 1 clone (that Z80-based thing looking like a silver C64, but years before the C64 was even thought of ...), built from a modified ECB-Bus industry computer CPU card originally meant for CP/M.

That thing ran on the original ROMs and FDD OSes, featured 4 FDD drives in DS/DD with 80 tracks and a hand woven (!) graphics logic board, all sitting in a nice ECB-Bus aluminium case.

Its heart was a Z80H, as far as I remember, and it ran at 8MHz (instead of the original 1.77 MHz, which was still available on that box for games ... but switching over usually required a reboot). Was quite quick, that thing. But I sold it to an enthusiast long ago ...

Seems that actually an eZ80 CPU is still around with 50MHz clock ... would be fun to build such a box with that and play "Arcade Bomber Scramble" or "Outhouse" on it ;-)

Not the answer you're looking for? Browse other questions tagged history z80 or ask your own question.

26
What register size did early computers use?
4
Did any retro computers ship with the SP0256-AL2 speech chip or its equivalent?
37
Did anyone ever use the extra set of registers on the Z80?
14
Did Nintendo change its mind about 68000 SNES?
21
Did any computer use a 7-bit byte?
7
Could any computers use 16k or 64k RAM chips?
20
Did any European computers use 10-line fonts?
18
Did any notable product use Intel's first RAM?
6
Did any ZX Spectrum clones use the Z80's interrupt mode zero?