Who were the first engineers to "cleanroom" the IBM PC BIOS?

In the first season of the AMC show Halt & Catch Fire, the protagonist "Cameron Howe" is introduced.

Cameron portrays a rookie engineer who is recruited for being extraordinarily talented, and is tasked by her new employer to perform a cleanroom reverse-engineering of the IBM PC BIOS. Who was the actual Engineer(s) who first accomplished this feat, and what evidence do we have to document their achievement? 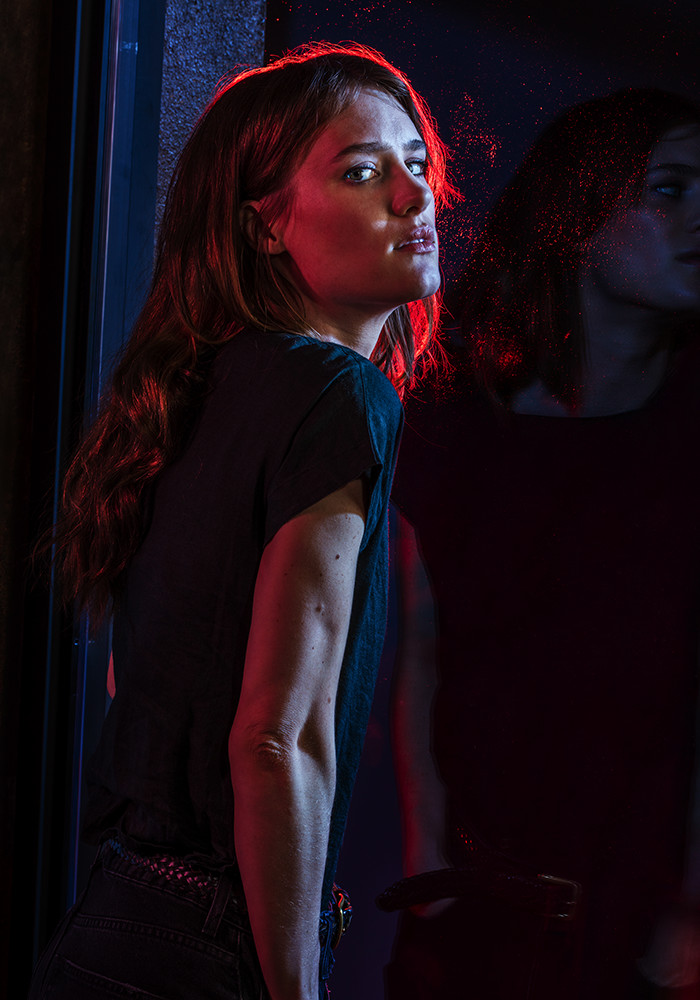 Even just restricting discussion to the first season, before the same people apparently not only clone the PC but also create (facsimiles of) Sierra Online, McAffee, Netscape and Yahoo, she's not based on anybody real.

In real life the source code for the IBM BIOS was printed in the back of the manual. There was no Gordon inexplicably hand transcribing the assembly address by address. There was one team of technical writers that read the manual and the source and provided detailed specifications. Those specifications were handed to the legal team. The legal team handed them to a team of engineers. The engineers implemented them.

So she's a compound of a team, and I think the strange subplot about the friendly OS is completely fictitious; probably groundwork for Joe's discovery of the Apple Macintosh (i.e. that he was not a leader but a follower), and his ensuing crisis.

The people usually lauded from Compaq are the management, for successful execution of the machine; not any star engineer. But that sounds like boring television.

To develop its ROM BIOS software, Phoenix claims in its press release that it used a process that would assure that none of IBM's original code was wittingly duplicated. One group at Phoenix examined the BIOS software documented in IBM's Technical Reference Manual, and wrote a set of specifications that described how the program functioned without including any examples of actual code. This description was passed on to a single programmer who tried to write code that fulfilled its specifications.

The programmer was not identified but "He was a TI-9900 programmer" according to the article.

It was a team of engineers at Compaq and it cost the company $1 million, before it even had any other product to sell, so you can be sure it's well documented by Compaq who did what. It was a big gamble. Maybe the producers can be given some leeway because the "Compaq story" was also distorted in computer press (and the internet, of course) as being the "first PC clone".

The H&CF story more closely matches the story of Corona Data Systems of California. Corona's actual history included founding by two individuals: a computer systems expert (Harp) and a marketing/sales executive (Kramarz), and their design of a portable IBM PC-compatible. The fictional Cardiff successfully fought IBM's accusations of copyright infringement with records of clean room BIOS development, but Corona Data Systems didn't! They freely copied the IBM BIOS and were sued by IBM, and settled, not for set amount of money, but Corona would stop manufacturing, and IBM would take a share of profits for the remaining Corona PCs. Also like Cardiff, Corona Data Systems (in 1985) sold a majority share to a conglomerate, Daewoo Group of Korea, who later deliberately bankrupted them, using them a corporate tax shelter.

Another company, Columbia Data Products, introduced the MPC 1600 "Multi Personal Computer" designed by David Howse, in June 1982. They, like Compaq, legally reversed engineered the IBM BIOS, making their (also luggable) PC the first "legal" IBM PC clone. Not Compaq's. Many internet sites think that adding the term "legal" make the Portable's claim as "first", legit. It doesn't. Nor does "portable".

Eagle Computers made the "Eagle 1600" in 1982, but they also copied IBM's BIOS and also were sued and settled with IBM. IBM never came near Compaq with a legal team, as they did in the series with Cardiff. IBM's lawyers accepted from the beginning, that the "cleanroom" technique immunized companies from their copyright claims. Also, all the companies mentioned besides Compaq had already been making (CP/M) computers, and a surprising number, maybe even most, also used "all-in-one luggable" designs.

It's worth noting that each of these machines had customized versions of MS-DOS that weren't necessarily compatible with PC-DOS. The others had many more incompatibilities than Compaq's Portable. Compaq had to maneuver very carefully to get a very similar DOS version, without upsetting the relationship between IBM and Microsoft. MS left it up to Compaq to make the final "compatible" touches and looked the other way. And even after that, the Portable still wasn't truly 100% compatible. There were minor glitches when running a few applications for IBM PC-DOS. In spite of all that, the marketing succeeded wildly, and Compaq made $110 million with the Compaq Portable in the first year, breaking the record of gross net from a product from a new company.

There would be more clones shortly thereafter; the Dynalogic Hyperion, the Seequa Chameleon, and others that are all now fairly rare and becoming very collectible. I want to drive home the reality that tons of people in tech noted all the the off-the-shelf parts used in the IBM PC. IBM would later call the practice "Open Architecture", although it was a Compaq-led "Gang of Nine" that formalized the first "Open Standards", namely EIDE. This was the 16-bit successor to IBM's AT 8-bit bus interface which was renamed "IDE". The "Open Standards" concept changed a lot of industry practices, and not just tech, forevermore. And again, to note for the record, Columbia Data Products, before Compaq and Phoenix Technologies, did cleanroom reverse engineering on the BIOS. It was not an original idea from Compaq.

Also, Microsoft had been selling customized versions of their BASIC computer language for years for various different CP/M computers. But these computers were nearly all software incompatible, even if their hardware was very similar. Then, Bill Gates was selling different versions of MS-DOS 1.0 to companies like Digital Equipment Corp., which were also software incompatible with the IBM PC-DOS. It was not Gates' idea to sell the exact same OS that ran the same software on each clone, at least not until MS-DOS 3. You can credit executives at Compaq for starting that trend in PCs, even if their computer wasn't "first". An actual legal ruling (in the U.S.), that copying BIOS (or any software or firmware) wasn't made until Apple Computer, Inc. v. Franklin Computer Corp., 714 F.2d 1240 (3d Cir. 1983)

Before that, many scholars, executives and programmers had thought the average computer user would be writing their own software, probably in BASIC, or at least copying other users' programs for free. They were not sure that a rather abstract software product with little or no physical form could be profitable, or that the symbols and "words" in programs would get the same copyright protection as human readable books. Eventually those early impressions would lead to other very different stories about software licensing!

Not the answer you're looking for? Browse other questions tagged history ibm-pc bios clone or ask your own question.

15
What information was "off limits" to IBM PC clone BIOS authors?

21
What was the first C compiler for the IBM PC?
33
What were the real competitors to the early IBM PC?
74
Why did IBM make the PC BIOS source code public?
22
Which is the minimum set of interrupts/functions I should implement in a replacement BIOS for a home made IBM PC class computer?
6
Who produced all-in-one / wedge style IBM compatibles?
8
Who called it "microchip" first?
9
Why did the BIOS load the MBR at 0x7c00?
4
Who were the members of the IEEE 754 working group?
15
What information was "off limits" to IBM PC clone BIOS authors?