How do you remove an LCD bubble on an unmodified Game Boy?

On an unmodified Game Boy Pocket, a small round ~0.5mm diameter bubble appeared on the center-left side of the screen eight months after I had last used it (there was no indication of it previously). What might be the cause of such a bubble (to avoid it happening again), and how does one go about fixing it (without having to replace the whole LCD screen if possible)?

The pixels on the display seem to work well, it seems to be the plastic film right above the display. If I tilt the Game Boy at a certain angle, it seems that the area around the bubble is slightly darkened. The bubble, which looks like a drop of water, does not seem to be darkened by looking at it directly. By using a camera, though, the whole area seems to be darkened, including the bubble.

The unit was safely stored the whole time in its original protective hard-shell plastic casing, horizontally lying down with its screen upward inside closed wooden furniture in my living room. Could the screen's plastic film be deteriorating due to its age?

In the pictures, first you can see the darkened area, without the bubble being visible, and the following ones you can make out its shape through the reflection. 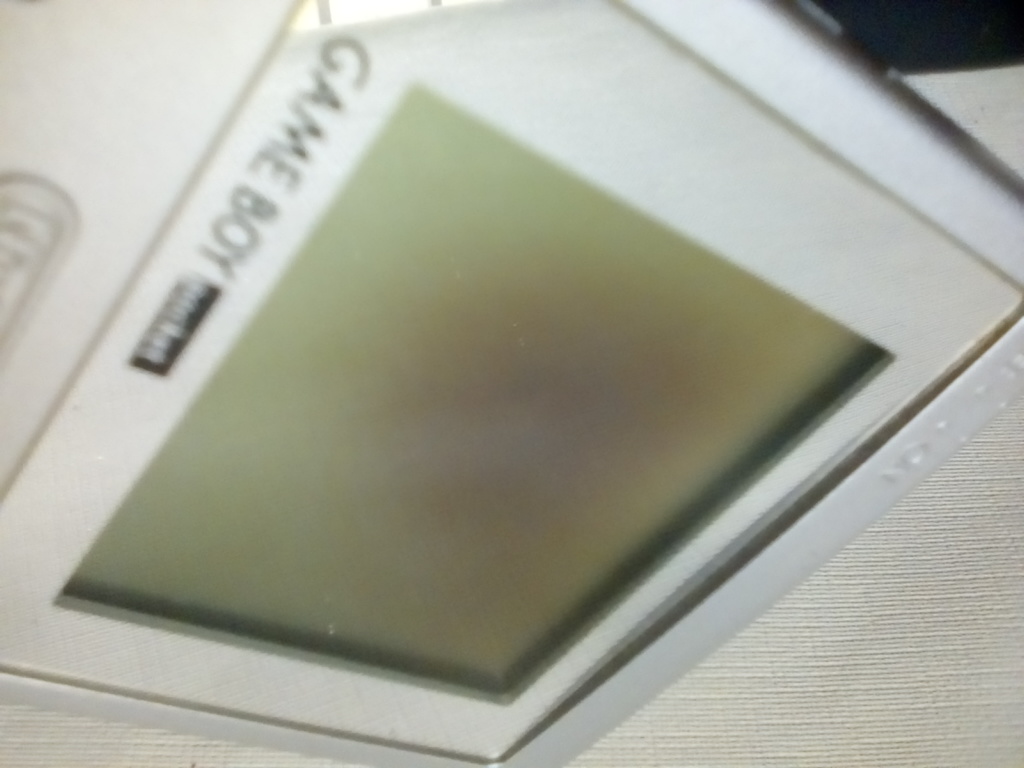 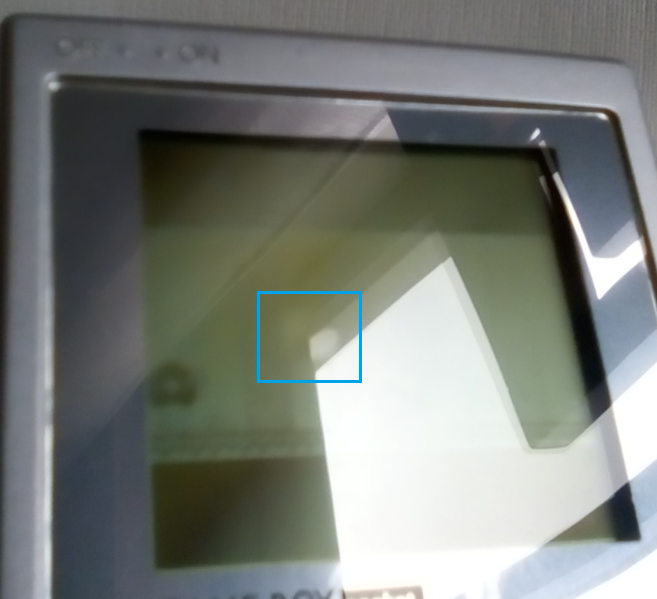 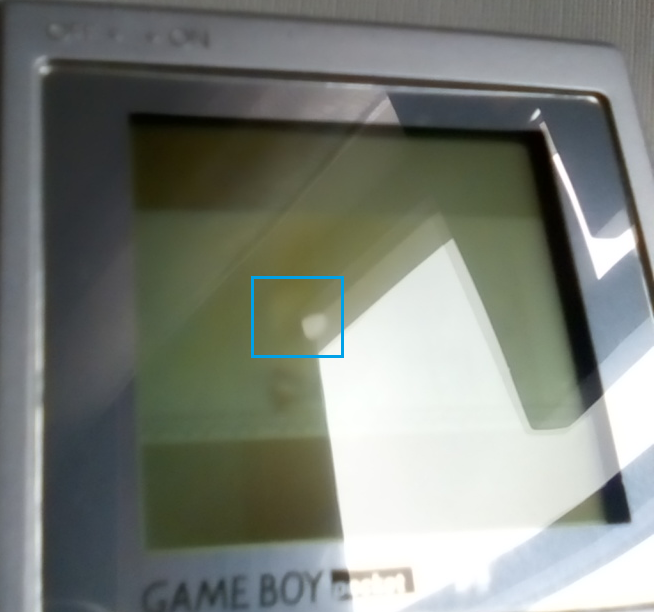 I have seen this happen on several Nintendo systems:

Back in the days of the G&W games, they were putting a rather thick polarizing layer in front of the LCD screen and not gluing it.

At some point, they started to use thinner films and then glue them to the screen and, in some cases, the glue produces some gas and it can bubble. I am not sure why it is happening, but it does.

Make sure you're really comfortable with that kind of stuff before attempting to repair:

You need to disassemble the unit and remove the polarizing film. You will have to break the film, it will not be reusable, so don't worry about it.

To help removing it, you can use a bit of heat from a blow dryer and rubbing alcohol, it will not hurt the screen (which is glass).

One the film is removed, you have to remove all traces of glue and oil (from your fingers) from the screen, using rubbing alcohol.

You need to get another polarizing layer; it's easy to get from an old LCD monitor; just cut it to the proper dimensions, no need to glue it in place and the system will work.

It's very easy to put fingerprints and dust everywhere, so be careful about that because otherwise you'll have to disassemble it again for some cleanup :)

Not the answer you're looking for? Browse other questions tagged maintenance game-boy lcd-display or ask your own question.

6
Game Boy Sound System Unused Memory Locations
16
Game Boy DMG to VGA
9
Which LCD technology was used in Game and Watch?
2
Game Boy save problem
16
How did the Game Boy Advance stretch Game Boy games to widescreen?
9
How does Game Boy / Sharp LR35902 HRAM work?
1
How can I fix this clacking sound made by the Game Boy speaker?
22
Did the Super Game Boy (1) run 2.5% or 4% faster than a Game Boy?
11
Does Game Boy Color have *perfect* simulation of original Game Boy games?