What system pioneered displaying masking characters for password entry and why?

On the mainframe OSes I was familiar with, and on UNIX to that day, when there is a prompt for a password in "text mode" (a command line session), the echo is suppressed, and there is no visual feedback for the entered characters at all. This makes it hard for an onlooker to figure out the number of characters in a password.

The first OS that I remember seeing a visual feedback (asterisks) when entering passwords, was MS-DOS. While it is more convenient for the user who types the password, it is arguably less secure. Nowadays the password fields in GUIs have visual feedback (bullets) by default, in applications (browsers) as well as in the system programs (graphical login screens); I'm not even sure if that's configurable.

What was the rationale for deciding to provide a visual feedback for password entry, and what OS was the first to feature this mode in a system program?

The question as phrased probably can't be answered, but a few related data points:

As mentioned in the comments, passwords on all IBM 3270-style terminals are usually entered in fields with an "invisible" attribute. In practice, that means you can see the cursor moving, and as the password field is usually below some other field, e.g. the username, it's also pretty easy to count characters. I would count this definitely under "visual feedback".

The NOS Interactive Facility would present a "character salad" on the teletype, which you'd then overtype with your password (see page 2-6). Which, like above, means you'd see the printing head move, so you could count characters, but you couldn't read the character you typed. I'd consider this as the same kind of "visual feedback". This may or may not be the system mentioned in the comments.

The manual is from 1979, but I would assume this feature was present in earlier versions as well.

Incidentally, the Plato System, which ran on NOS, and had a special video terminal, displayed one or two X for each character that you entered as a password. So this is a variant: visual feedback, but it doesn't allow an onlooker to count the characters in the password, but it also makes it harder for the user to verify if the password he types is correct.

In general, typing passwords only makes sense on multiuser timesharing systems, so the first such system (whatever it is) would provide a lower bound. Given that many teletypes had local echo, printing asterisks instead of chars (and removing them on backspace) makes more sense for videoterminals, so if you are applying stricter criteria, that's another bound.

The rationale for providing any kind of feedback for password entry should be pretty obvious: It makes mistakes less likely. So the design space is somewhere between "not implemented because there's always local echo, we must use some other way" over "let's provide an invisible attribute in our video terminal" to "all echoing is done by the host anyway, and we've plenty of memory, so why not make it more comfortable for the user?"

IITROS was a 1972-era Univac 1108 remote batch system using ASR 33 teletypes, written and hosted at the Illinois Institute of Technology. The teletypes had half-duplex acoustic coupler connections, so everything typed was locally echoed on that paper. To avoid the password being readable, it would print a bunch of characters (12?), CR, more characters, CR, a few more times to make a black blob on the line. You'd type your password on the blob, where it wouldn't be visible.

It also had a cute prompt: If it was waiting for input, it would periodically send an invisible character (I think it was NULL, but not sure) which would make the motor cycle and the typehead (the little cylinder that had the embossed characters) dip. It was like the machine was sitting there tapping it's foot waiting for you to pay attention... 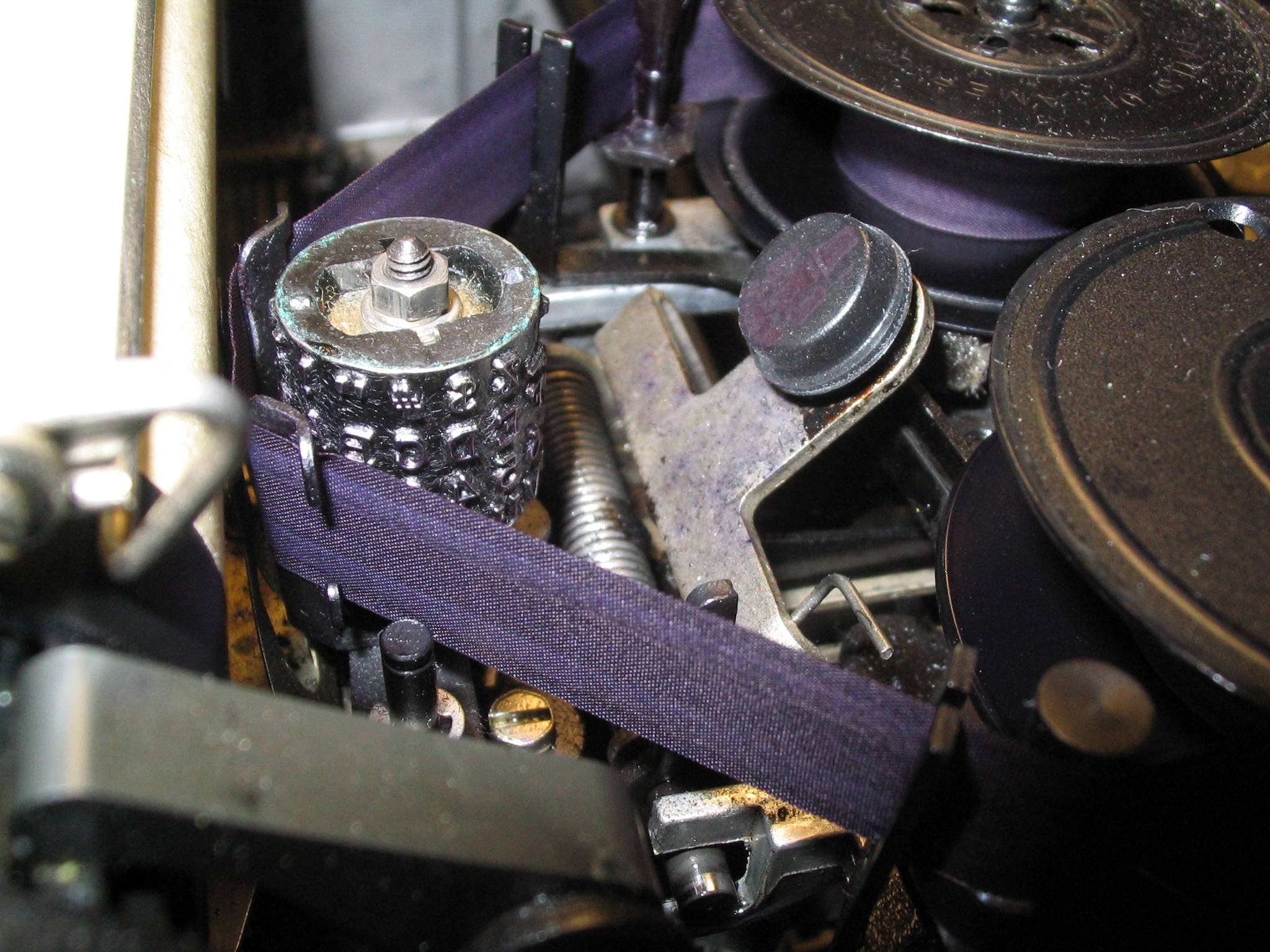 Not the answer you're looking for? Browse other questions tagged history terminal operating-system or ask your own question.