I semi-recently came into possession of an Osborne Turbomate IV computer with an Ipex monitor and Brother dot matrix printer (along with original Osborne mouse and keyboard and a few other goodies like spare ribbons for the printer and floppy disks). My question is whether anyone here has any information on these items (apart from the printer which returned decent results via Google searches) and their rarity or possible worth as all pieces are in fine working condition?

I found an advertisement for a 286 processor version of this model which came from the Sydney Morning Herald however was unable to find much further online apart from a similar question in a forum about 10 years ago. For some clarification I live in Australia and apart from basic information on Osborne I have been able to find very little else on the model and the Australian branch of the company (or whether it differs from the US company).

I'm sure someone likely has this information as I have spoken to older people who used these machines who advised most local businesses used Osborne products until Windows became available. Apart from that information seems scarce but I have been told this was a common model used by businesses. I tried the monitor model number and came up empty and was not able to see a serial number or model number for the Turbomate. I posted on a Facebook group full of PC Enthusiasts but after bumping the post and a long wait have not had any responses. 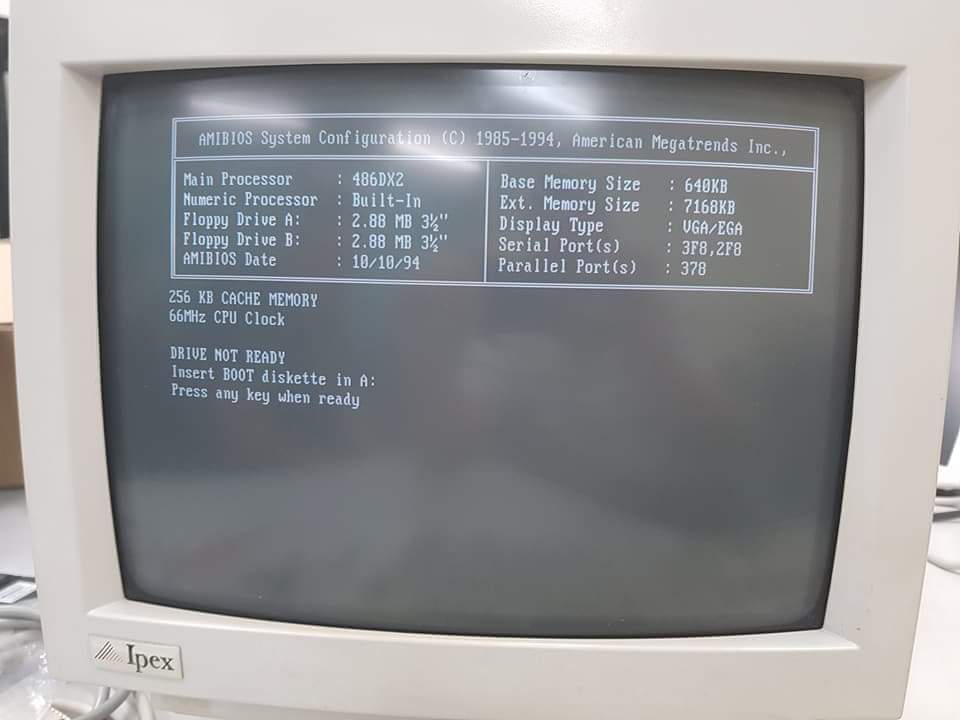 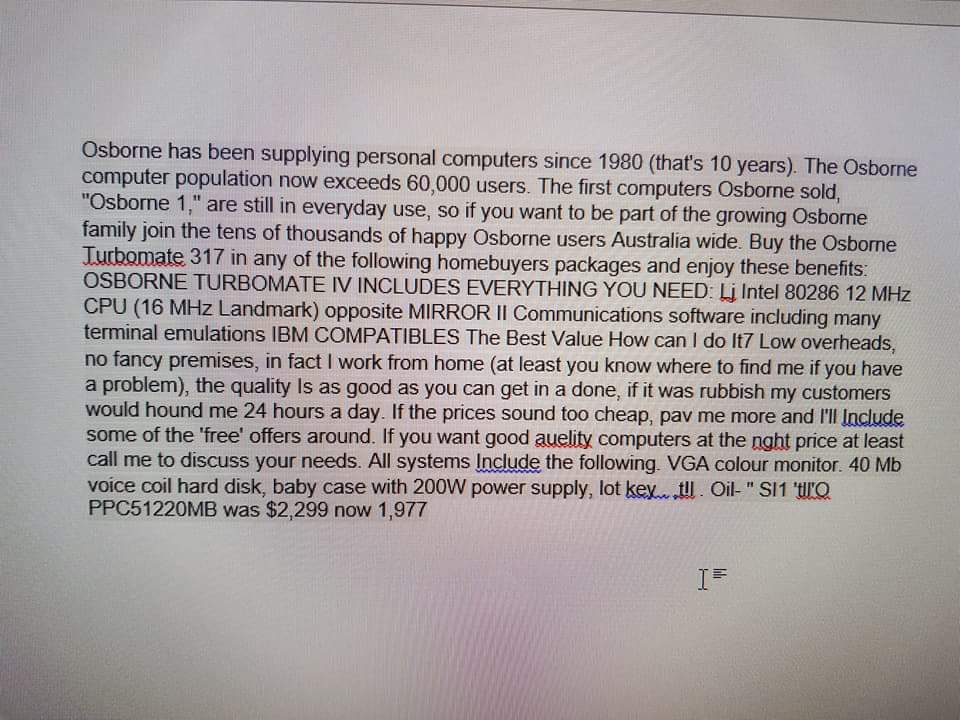 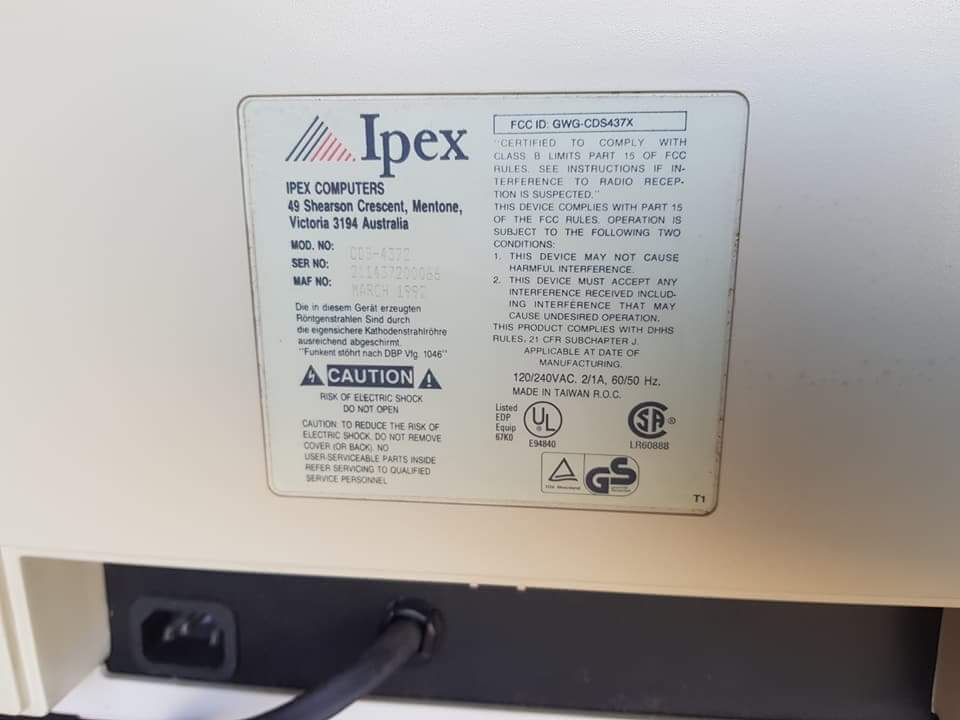 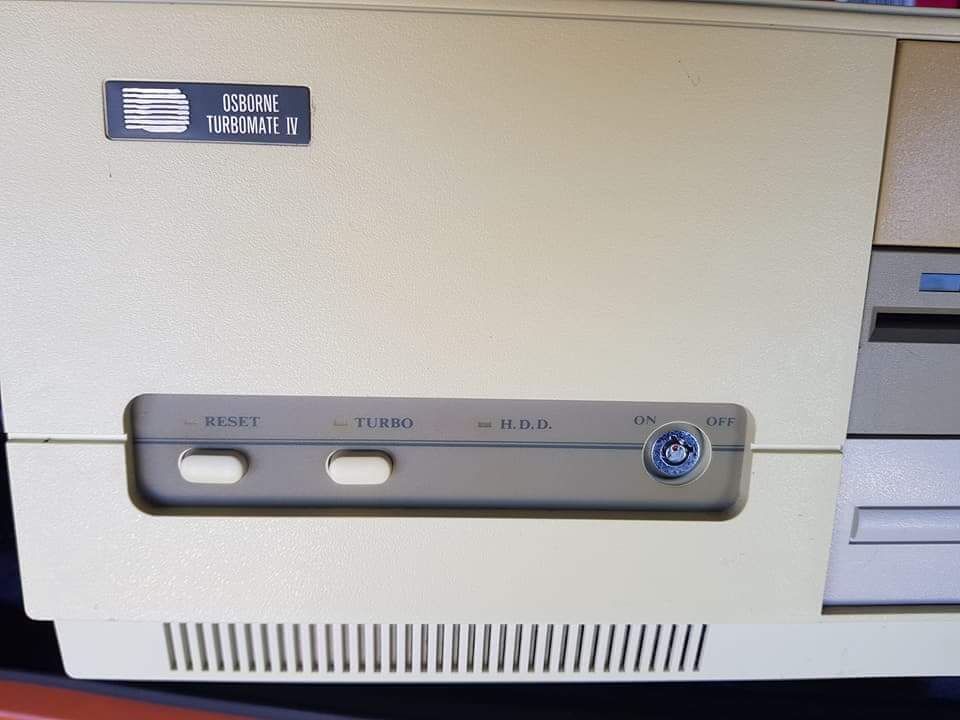 Well, sorry to disappoint you, but it's just another Taiwanese 486 based AT. OCC (Osborne Computer Corporation) already folded in 1985. After that, the name got sold to some Finnish(?) company starting to sell PCs under the Osborne label, but not for long and it got sold again. The machine is, as far as I can tell from that pictures a standard board in a generic case with custom stickers.

It almost seems as if these Osborne branded AT clones were somewhat common down under as already the first short search of YouTube turned up several videos like someone showing his old family PC or a more retro/fun hacker showing it off. Seams as if YouTube is a big thing with your people. Maybe that's a lead for further research.

Both machines case differ from the case your pictures, but that's not uncommon for clone manufacturers, buying whatever comes along and slap the brand they acquired just atop.

The IPEX company shown on the CRTs sticker is, well was, an Australian assembler for generic PC components, usually sold under many brand names, but also their own.

Not really anything collectable. As said it's a generic 486. The name may add a little obscurity factor, but not more remarkable as any other machine of the same configuration.

or possible worth as all pieces are in fine working condition?

I'd say if you're lucky it fetches get ~40 bucks ... but then, as usual, finding the right buyer may yield a way better deal.

Having said that and while not really collectables, 486es are a real good tool to run old (pre 2000) software (DOS, Windows or more obscure) as their configurations are still much compatible with early PCs - at least at the AT level - especially speed wise. But they are as well fast enough to run more complex software. So whoever is really into running old games or alike - and preferring the real thing instead of an emulation - will have/need one.

8
How do you find information about your hard drive in MS-DOS?
15
Why did tactile-feedback keyboards lose popularity?
13
Connecting Panasonic "Penwriter" RK-P400C to modern PC using USB to serial cable
9
Purpose of two disk drives on the Osborne 1
10
Anyone have more information on the "Hammerstein TV Games" 1st gen console?
5
Config information on ancient 16-bit Multi I/O card
7
How can I tell if my old PC supports > 137 GB hard drives?