When and where was the first home computer game convention held?

This might have been networked computers or people that took turns at a computer console. It may have been something like Wolfenstien, Frogger, Pacman, or Missile Command played on a PDP-11, home, or personal computer. 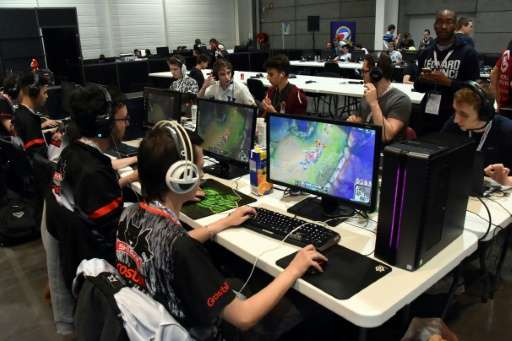 When and where was the first home computer game convention held?

Evidence about early informal meet-ups of game developers and gamers is probably lost to history, but there is plenty of documentation about the first major conventions that are still held annually.

Game developers were an "organized force" in the industry long before the consumers. In 1988, the Game Developers' Conference (GDC) was first held. It was organized by developer Chris Crawford, and there were 28 folks in attendance. This annual developers' conference grew rapidly. It is held in San Francisco and considered one of the preeminent annual events of its kind. It also expanded into China in 2006.

On the consumer side, computer video games began by being featured alongside other products at the major events like the Consumer Electronics Show (CES) in Las Vegas. With the growth spurt in the industry in the early 1990's, organizers were able to break away to form their own convention around only gaming - which by that time included games for the burgeoning consoles and PC platforms. E3 (Electronic Entertainment Expo) was first held in 1995. It takes place annually in Los Angeles and remains today as one of the most important of a large number of annual gaming conventions held around the world.

It wasn't much later, in 1996, that QuakeCon held its first event. This is another annual event that still takes place in Dallas, TX, and is of the gaming tournament variety - id Software's Quake being the main franchise for its tournaments.

To directly address your question, I don't know of any surviving evidence of a significant, early, computer-only gaming convention. By the time the consumer side of it was well-organized enough to hold events separate from the rest of the electronics industry, mainstream gaming had already moved on from home computers to consoles.

8
A different kind of sprite system
4
What home computer was the first to use a external ROM cartridge?
24
The almost-was Atari IBM PC
10
What was the difference between a Games Console and a Home Computer?
7
What was the world's first computer role-playing game?
40
How did Atari lose money on home computers?
44
Where and when did the `0x` convention for hexadecimal literals originate?
26
When and where did the $ convention for hexadecimal literals originate?
2
When/where was datum and limit relocation invented?