A vignette within the short video shows a clip of someone writing the expression 2127 − 1 on a chalk board. 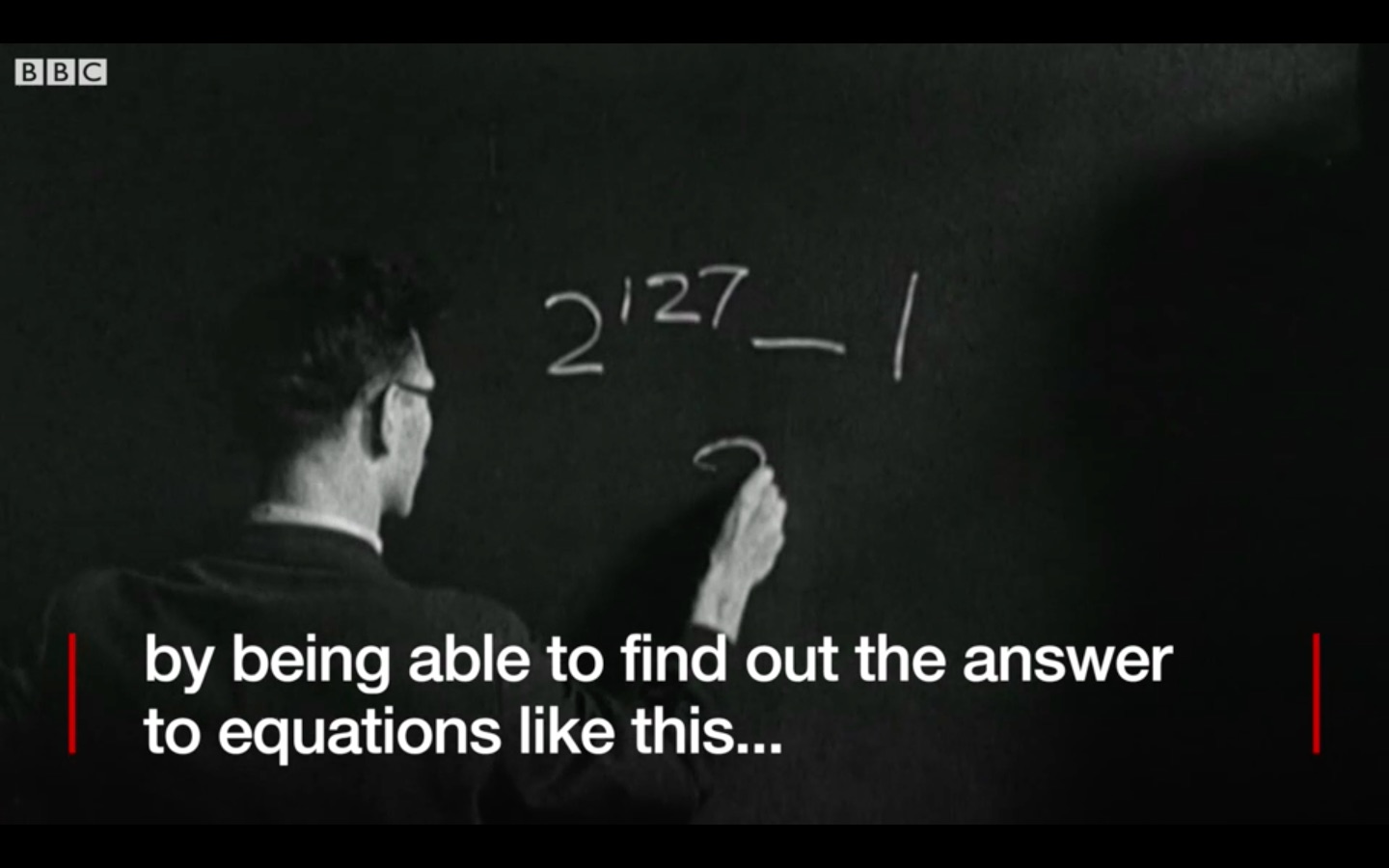 18
Comprehensive test suites for MOS 6520 PIA / 6522 VIA / 6526 CIA
13
Do any interesting POP-2 programs survive?
12
What is the proper way to test the PSU output for a Commodore 128D?
19
Why was Logo created?
17
Was there any automated unit testing prior to 1972?
11
Why was SLI for gaming introduced and supported in the first place?
25
Why was "C:" chosen for the first hard drive partition?
23
Was memory corruption a common problem in large programs written in assembly language?
107
Why was `!` chosen for negation?
25
Do instruction exercisers exist for 8086 and 68K (and other) CPUs?