I'm doing some research on the CDC 7600 supercomputer. I'm trying to find at least a general guess on the overall weight of the machine, preferably including the necessary cooling equipment. I know it wasn't a very popular machine and specs on the 6600 are easier to find, but the differences between the 6600 and 7600 are sufficient that the weight would be different.

Thanks for anything you can find!

It depends on the configuration, but here are some specs:

As far as I know, this was a rebranding effort and the new series, after these models, had a '1' at the beginning, so they moved to Cyber-170, 180 and 200; the new series used ICs instead of discrete transistors.

There are a lot of parts, even a dew point recorder!

The machine came with a whole manual about how to set up the room that will take it. It covers space, power, temperature, humidity, cooling, etc. 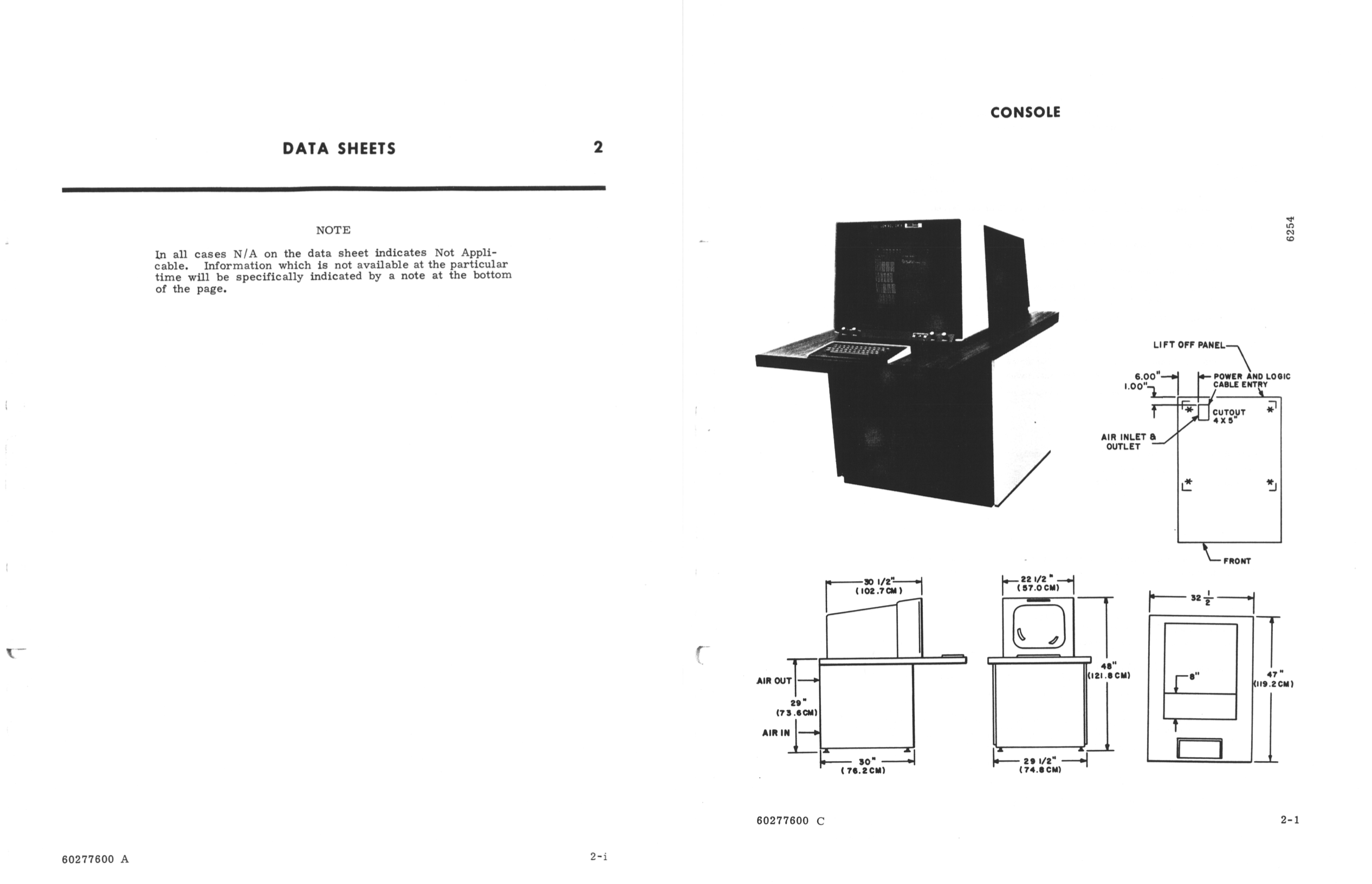 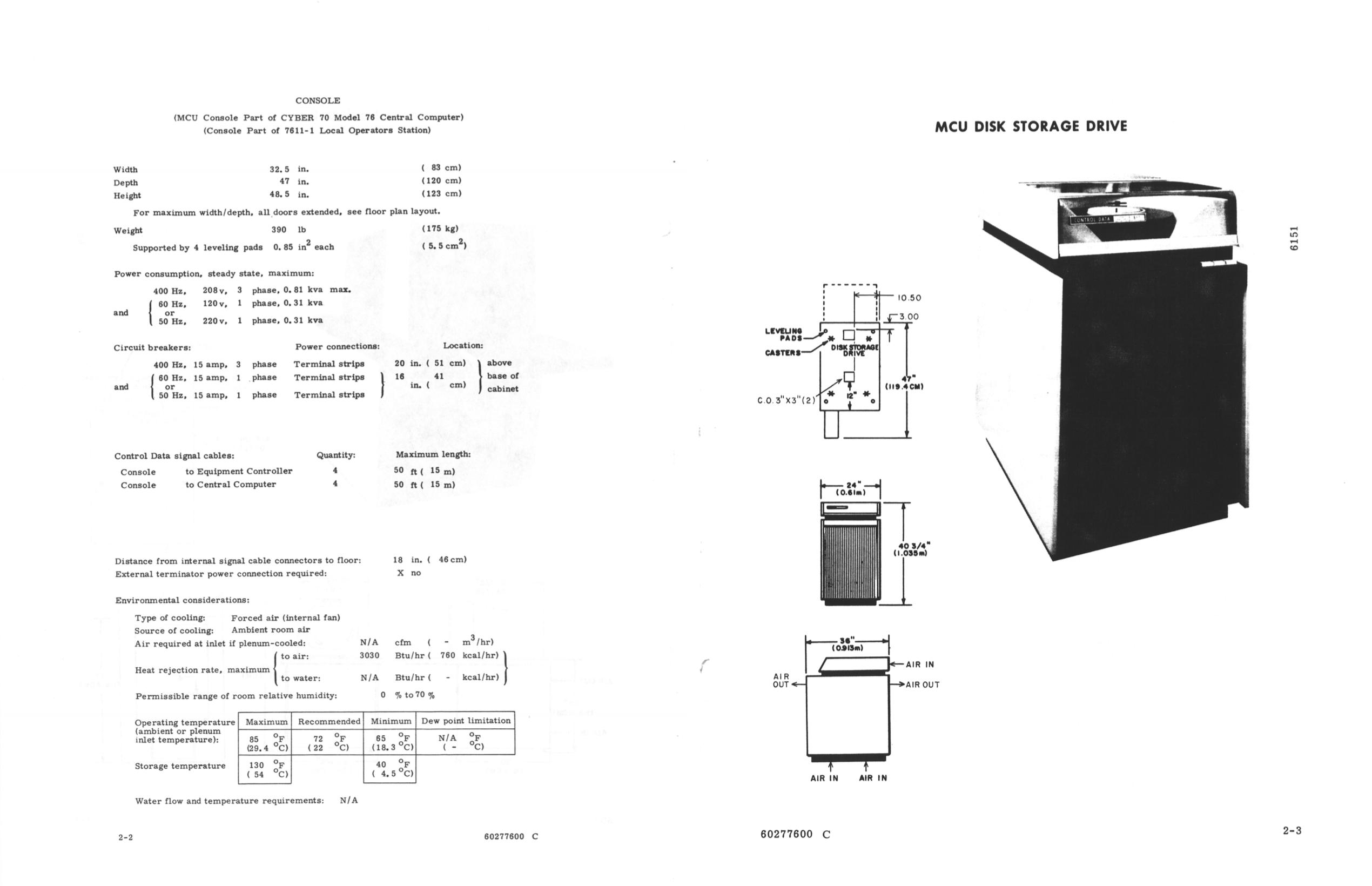 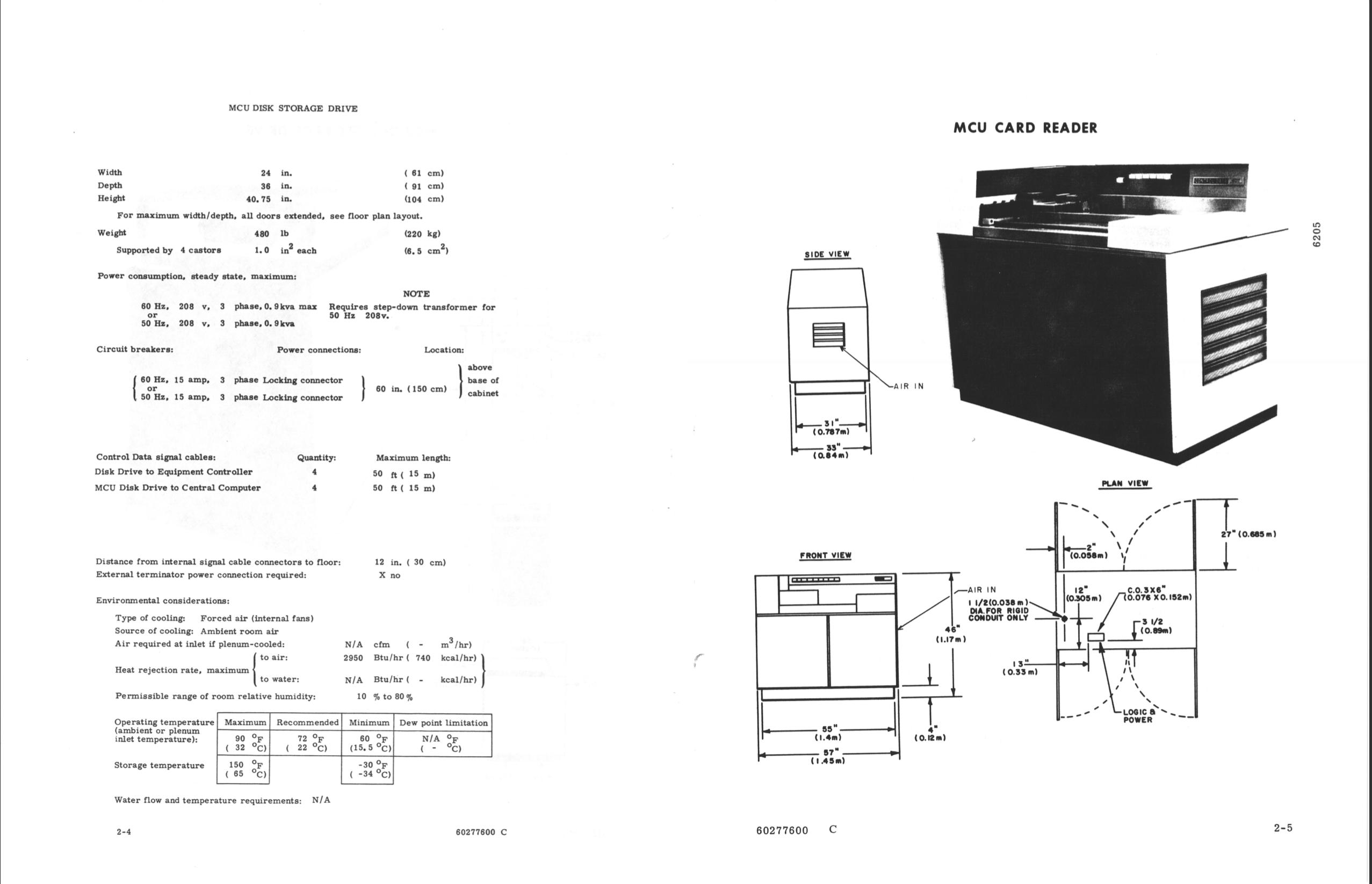 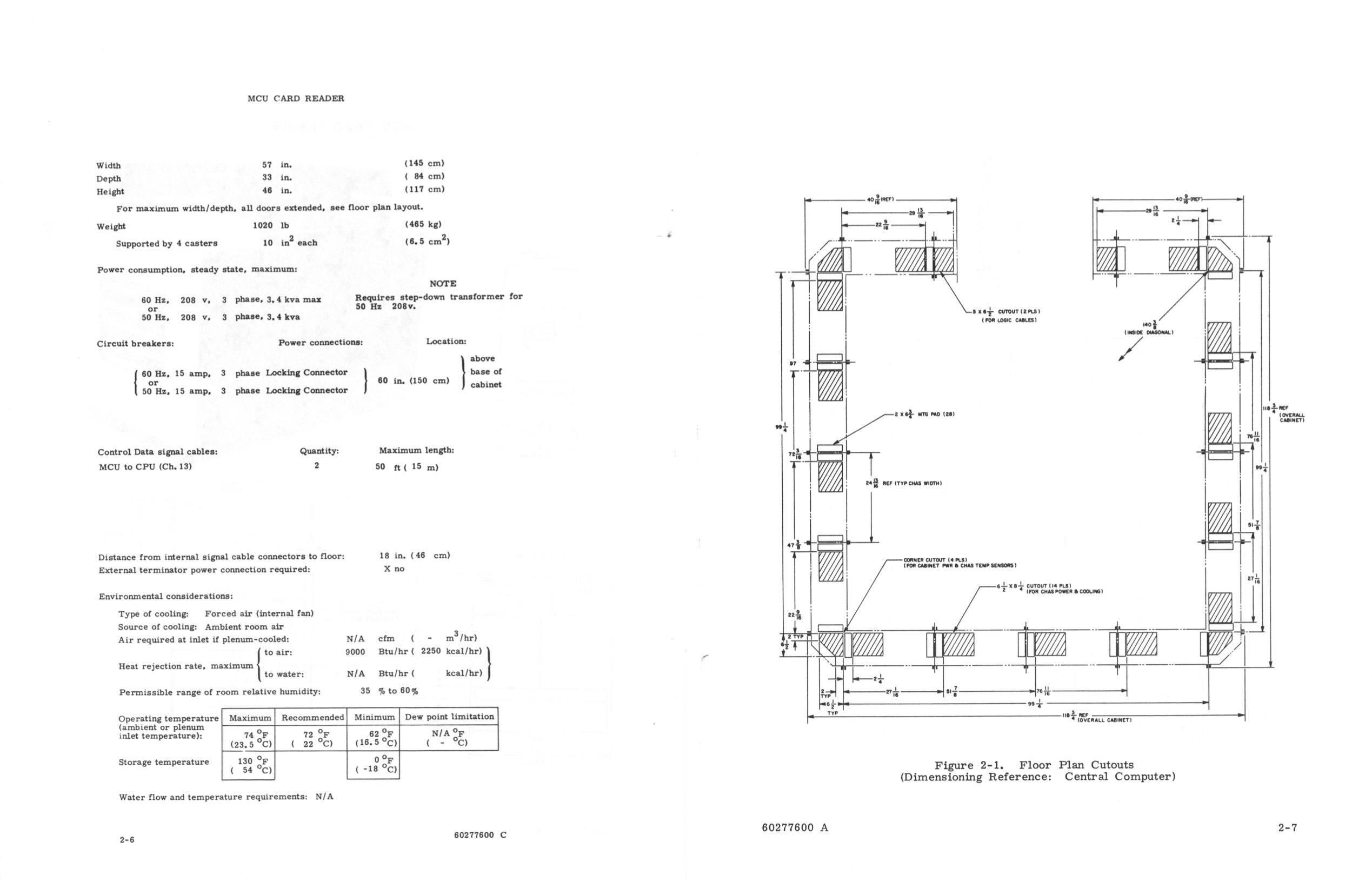 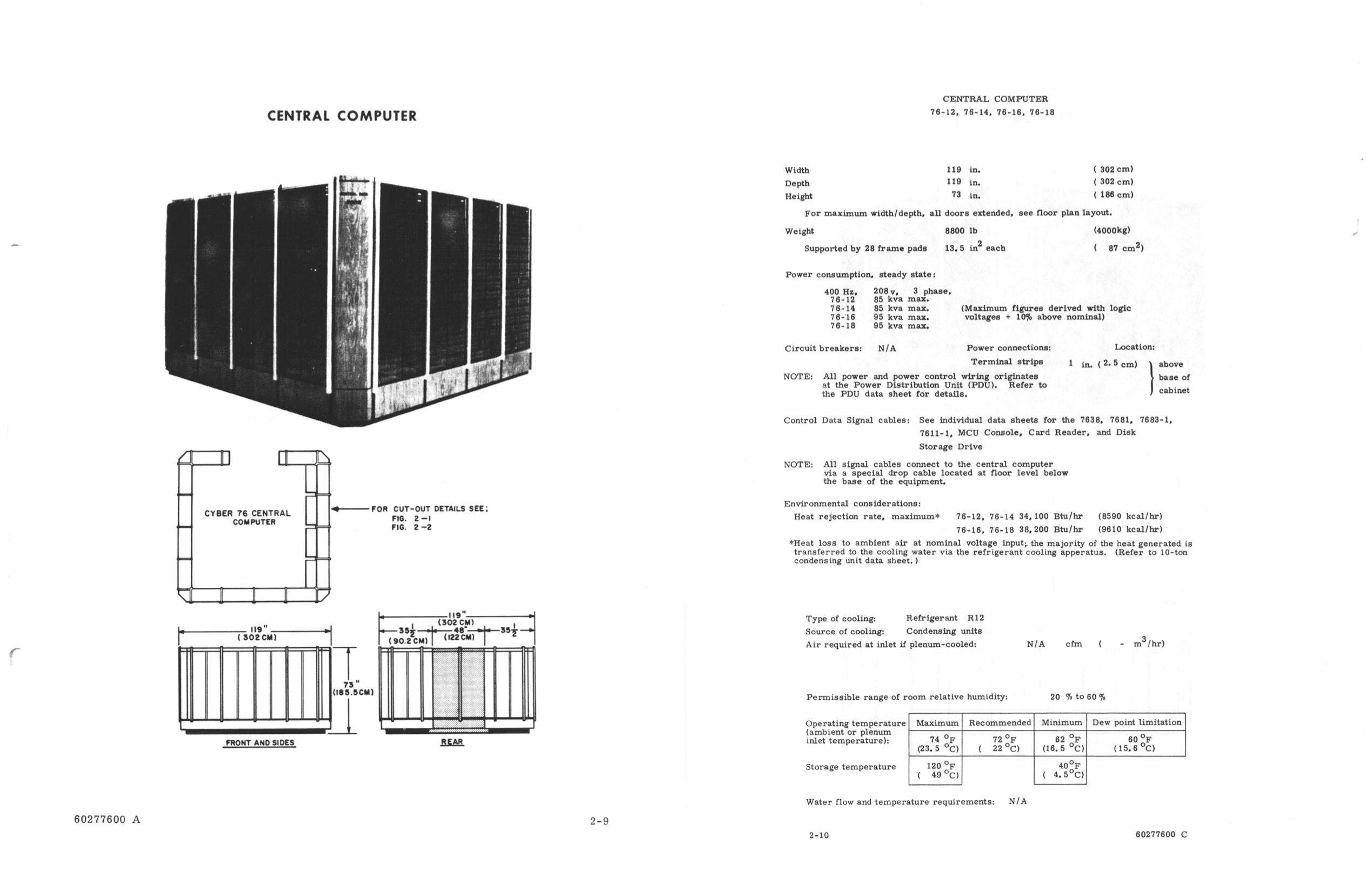 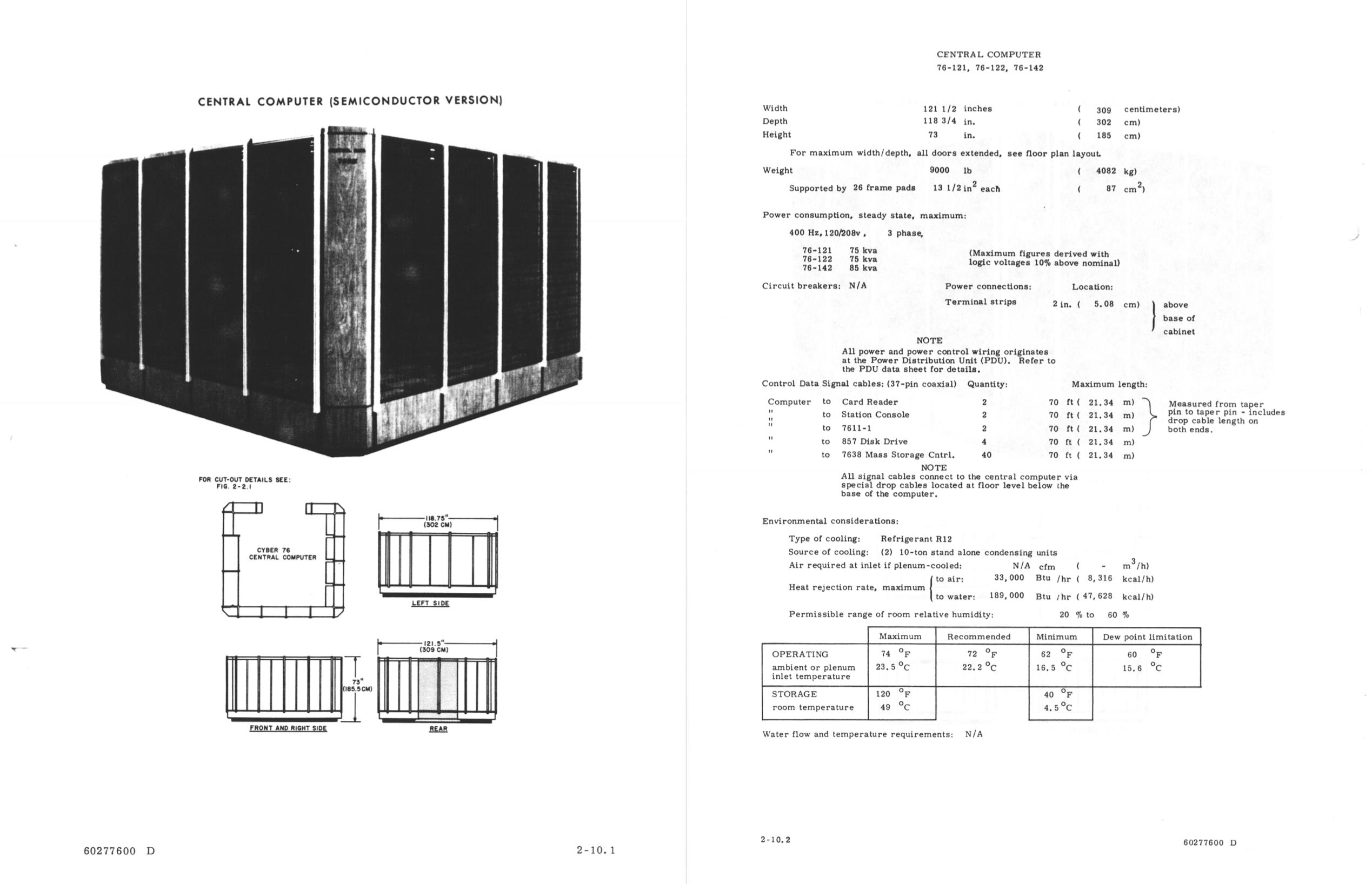 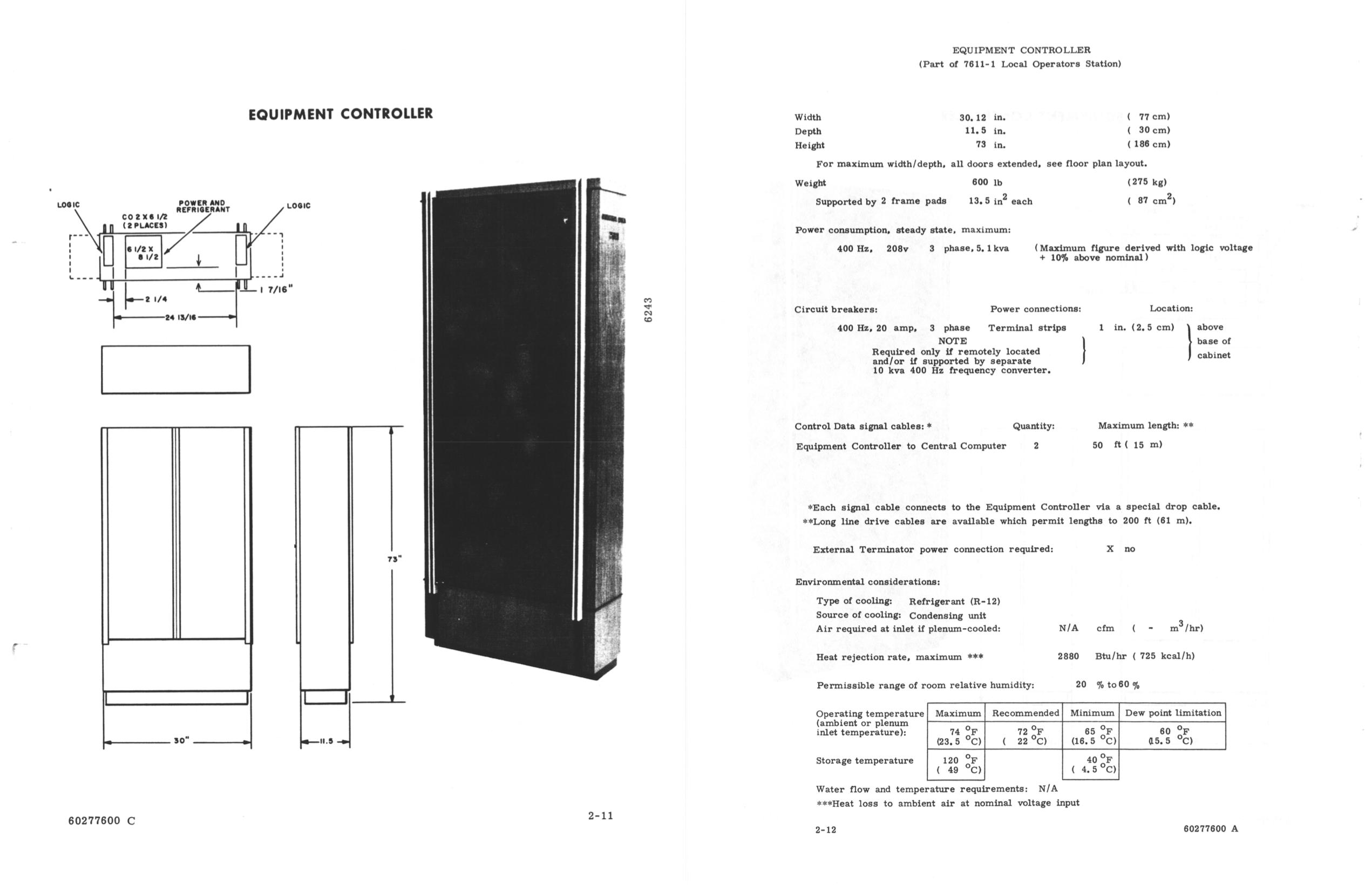 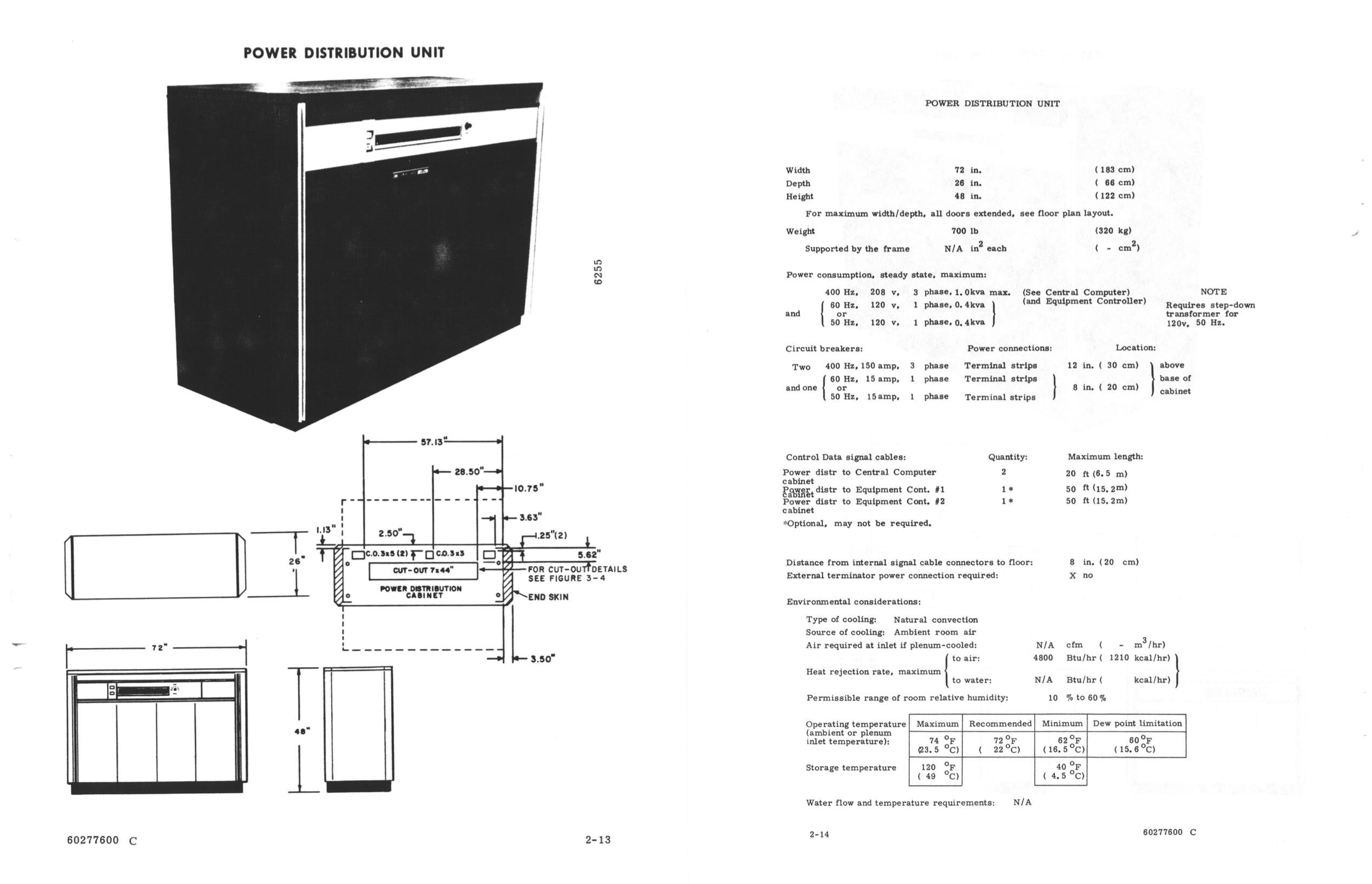 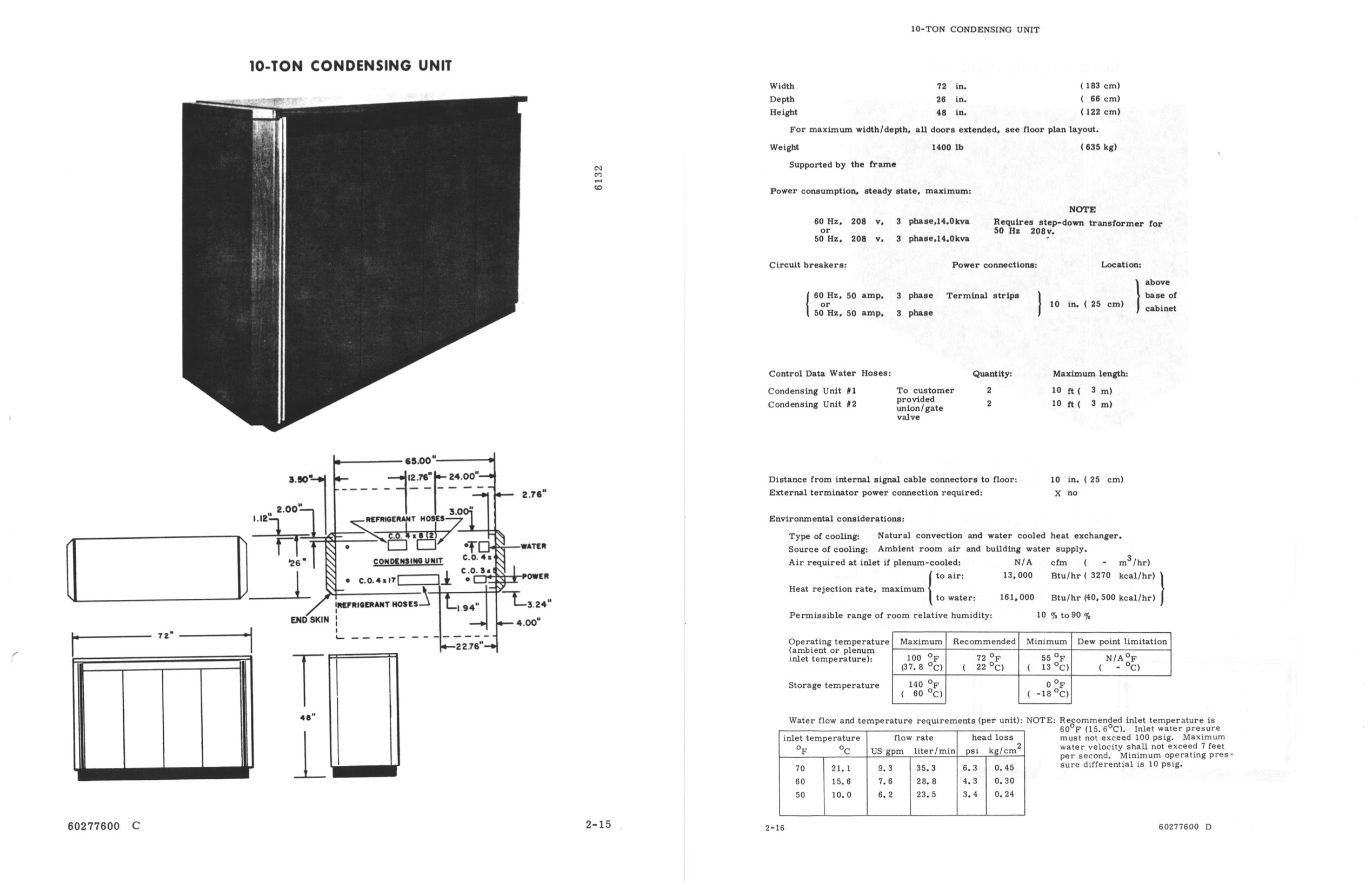 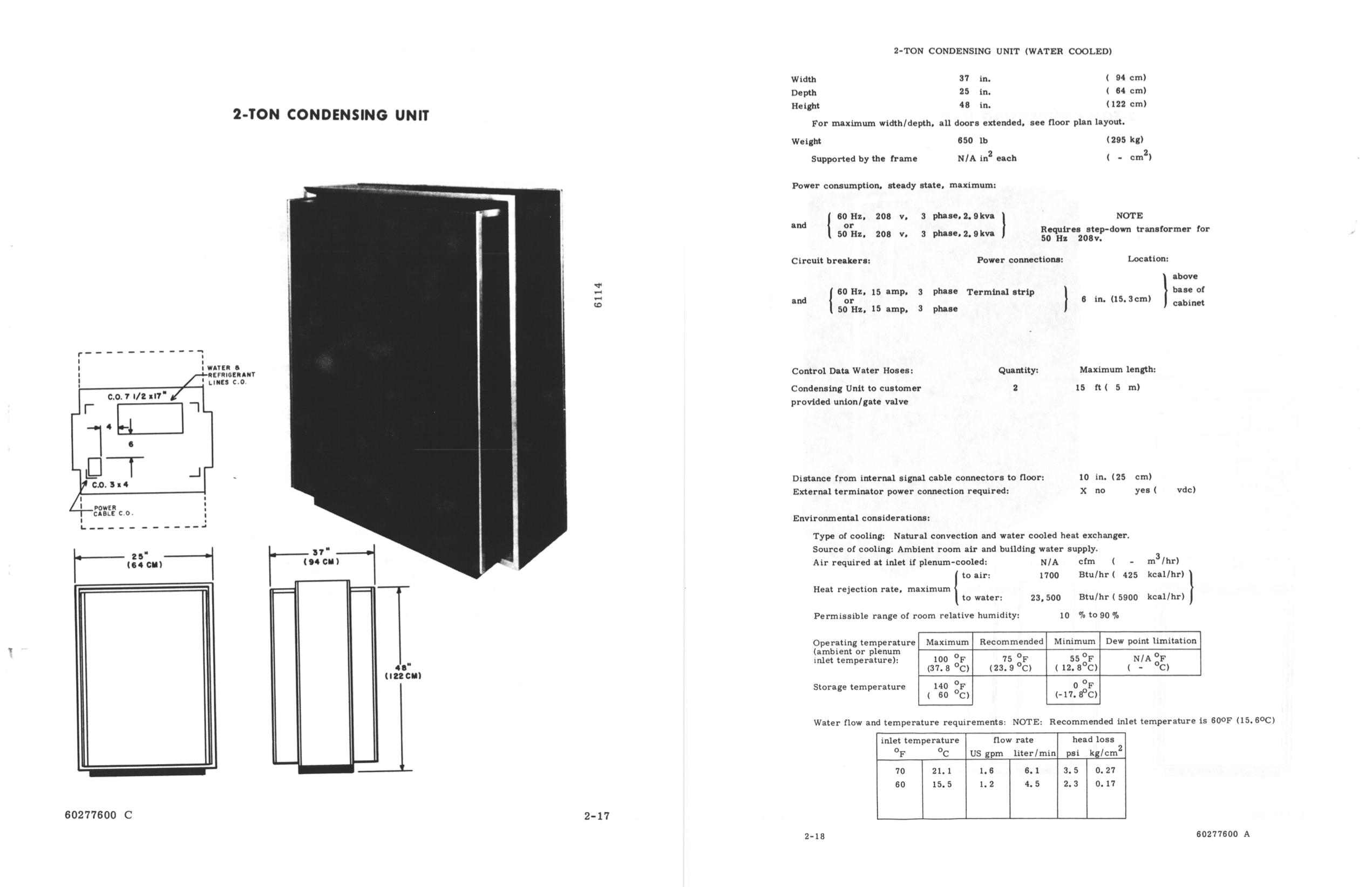 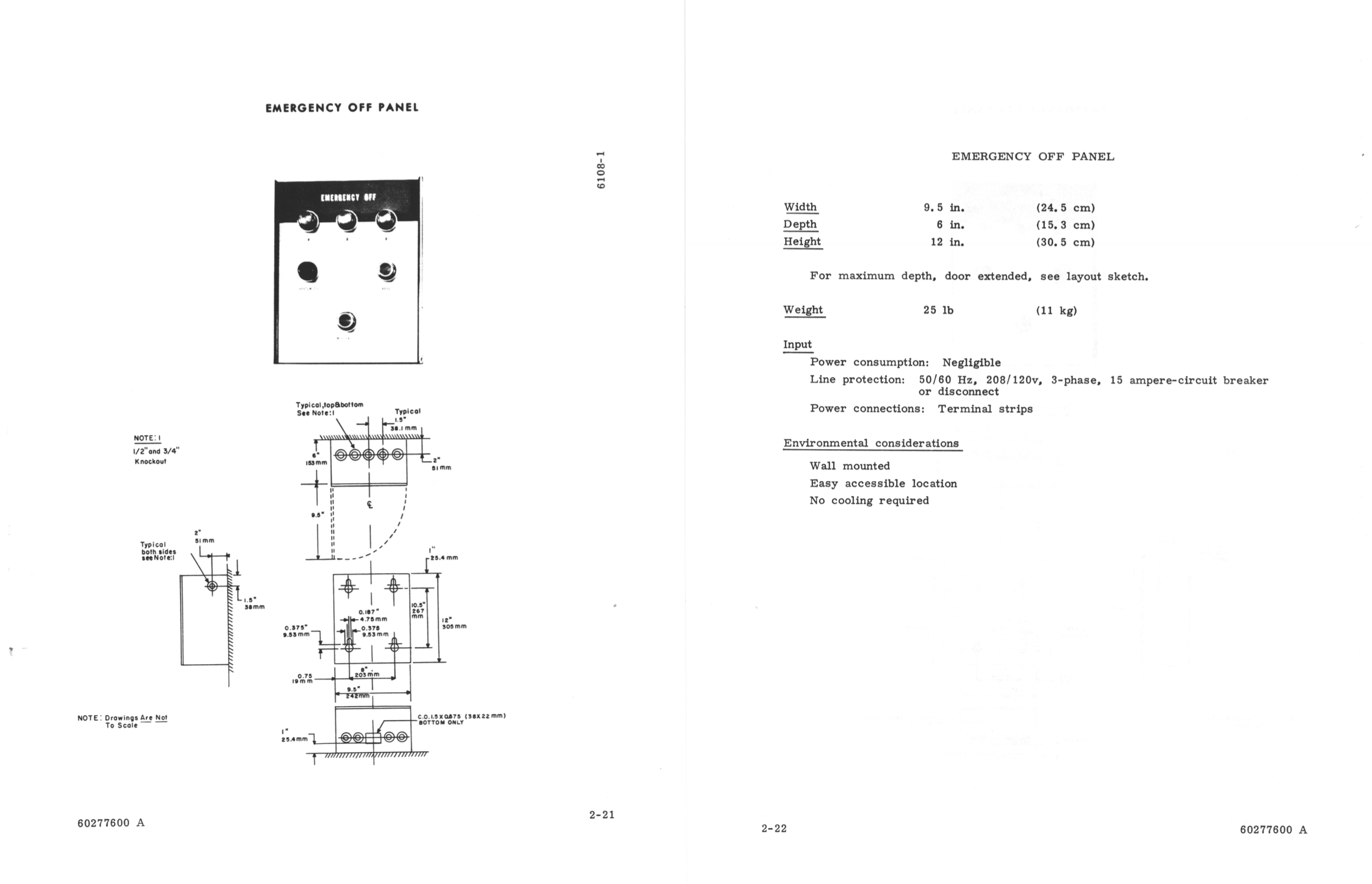 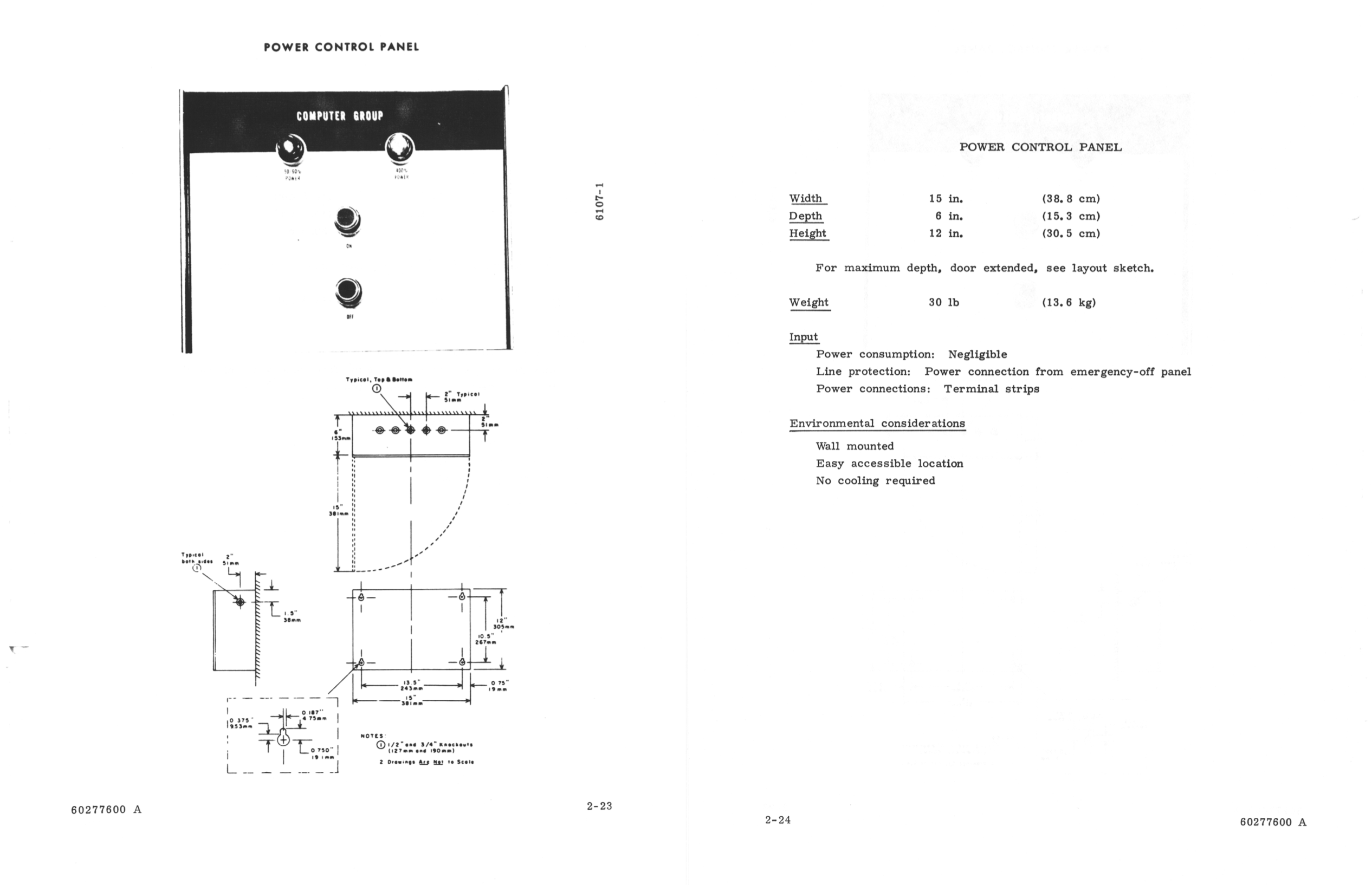 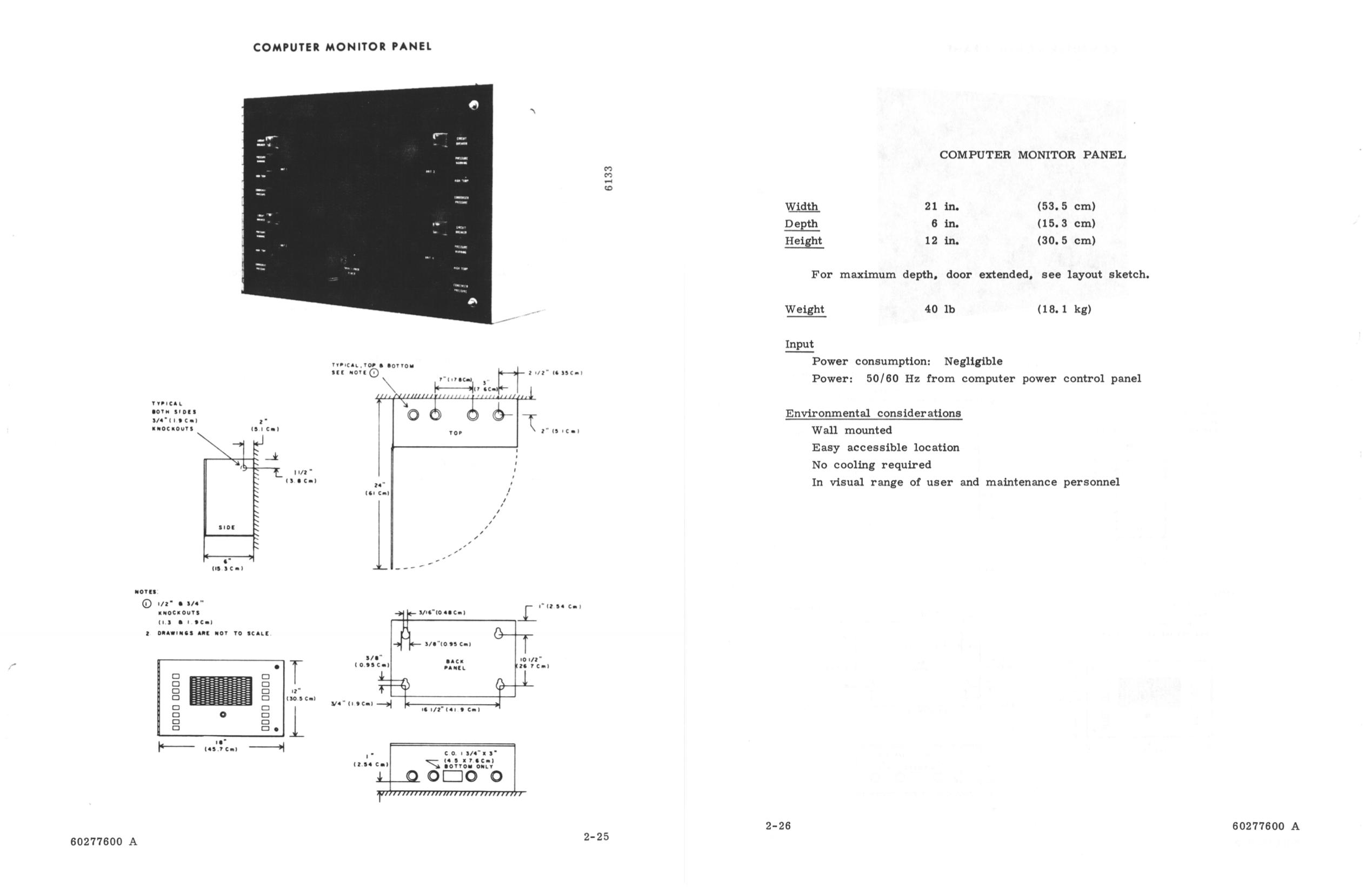 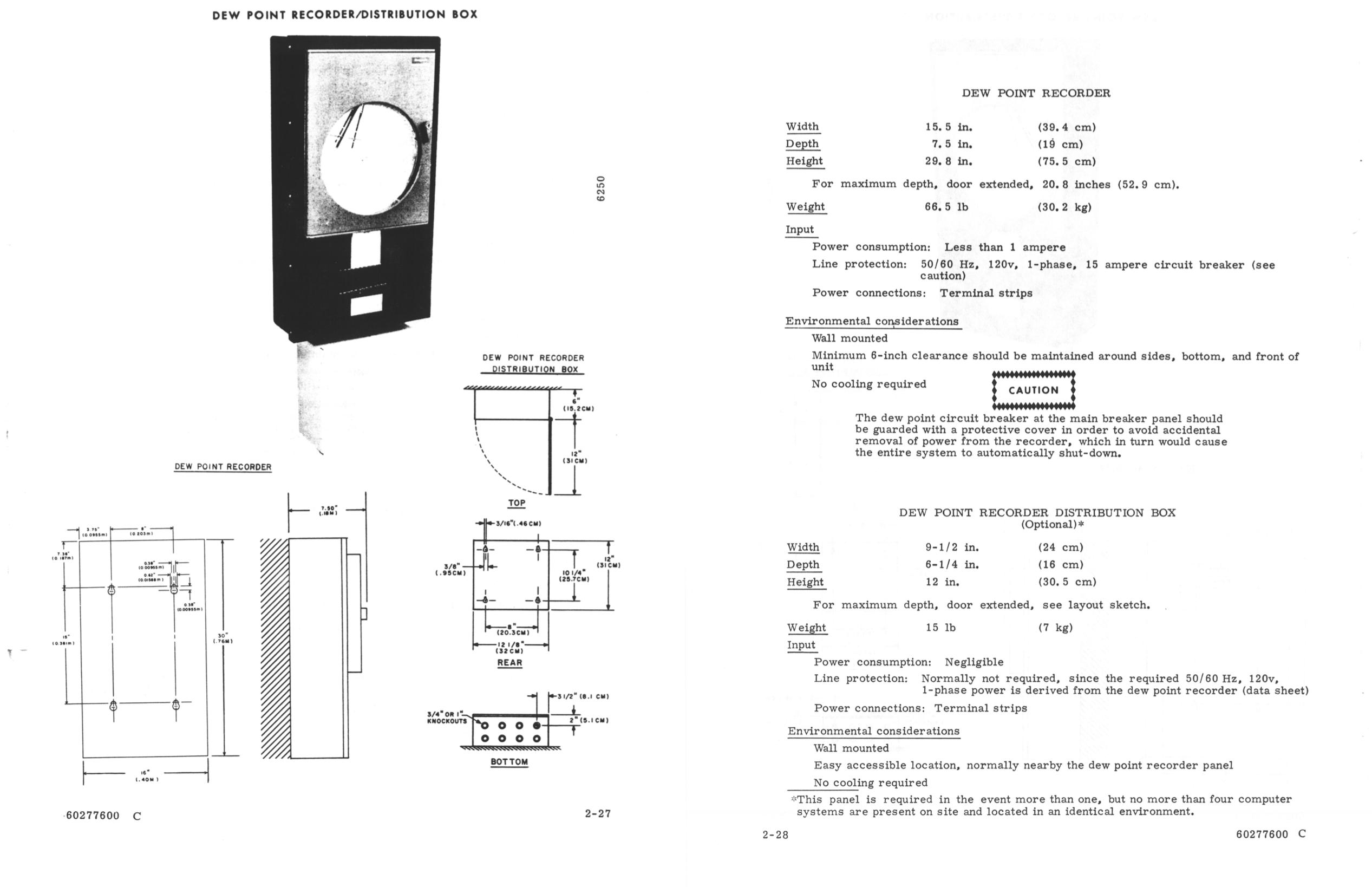 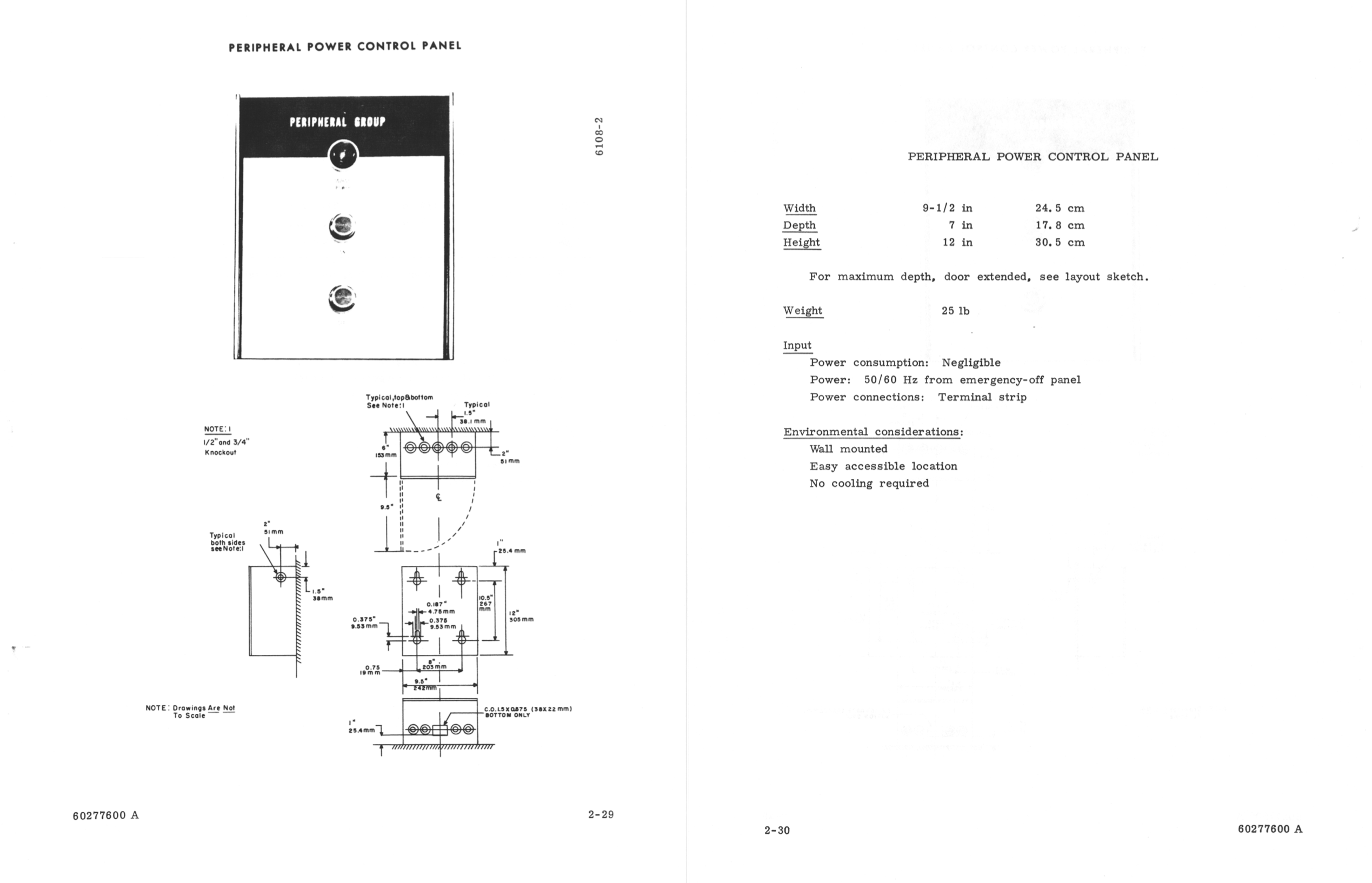 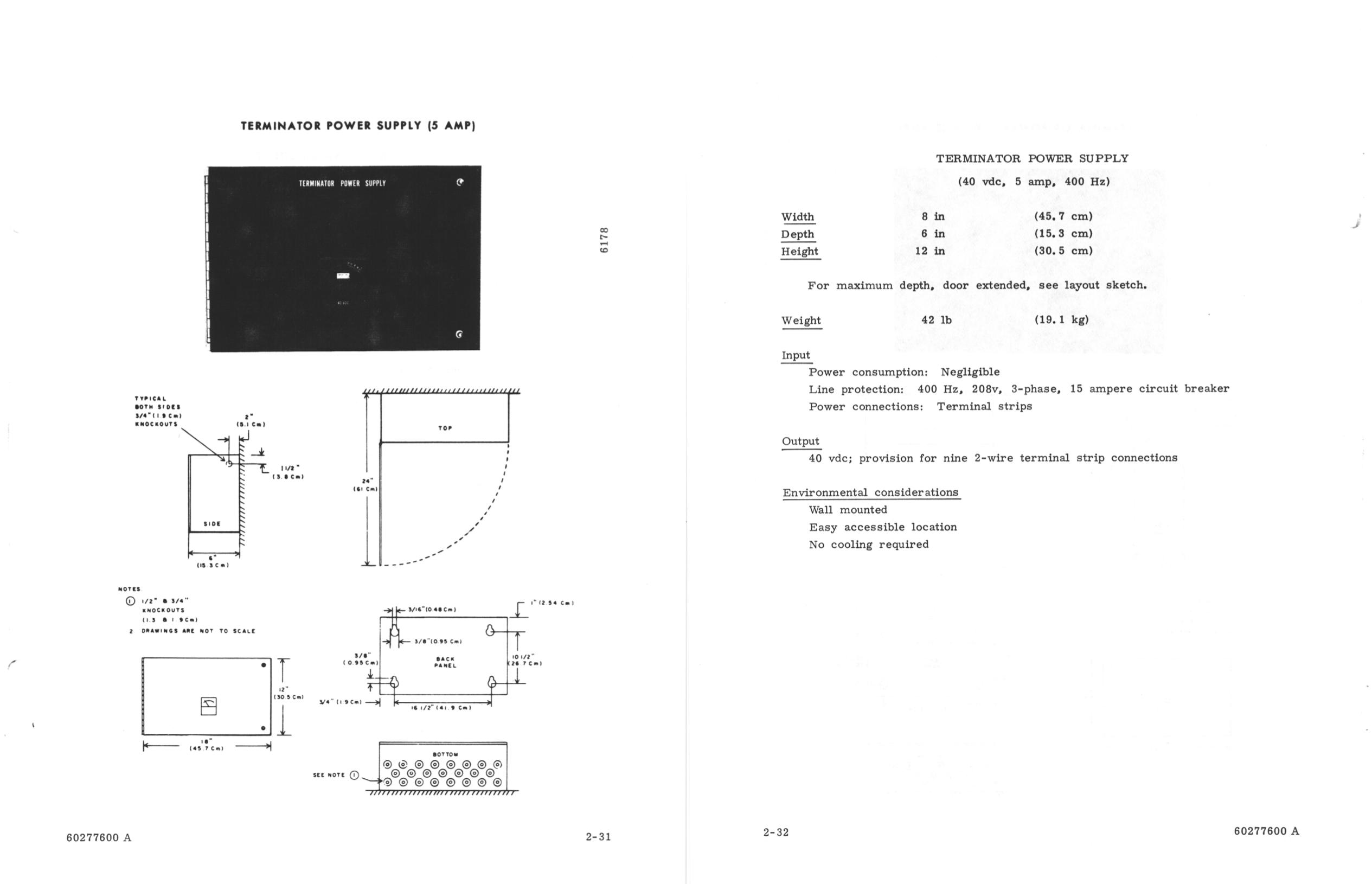 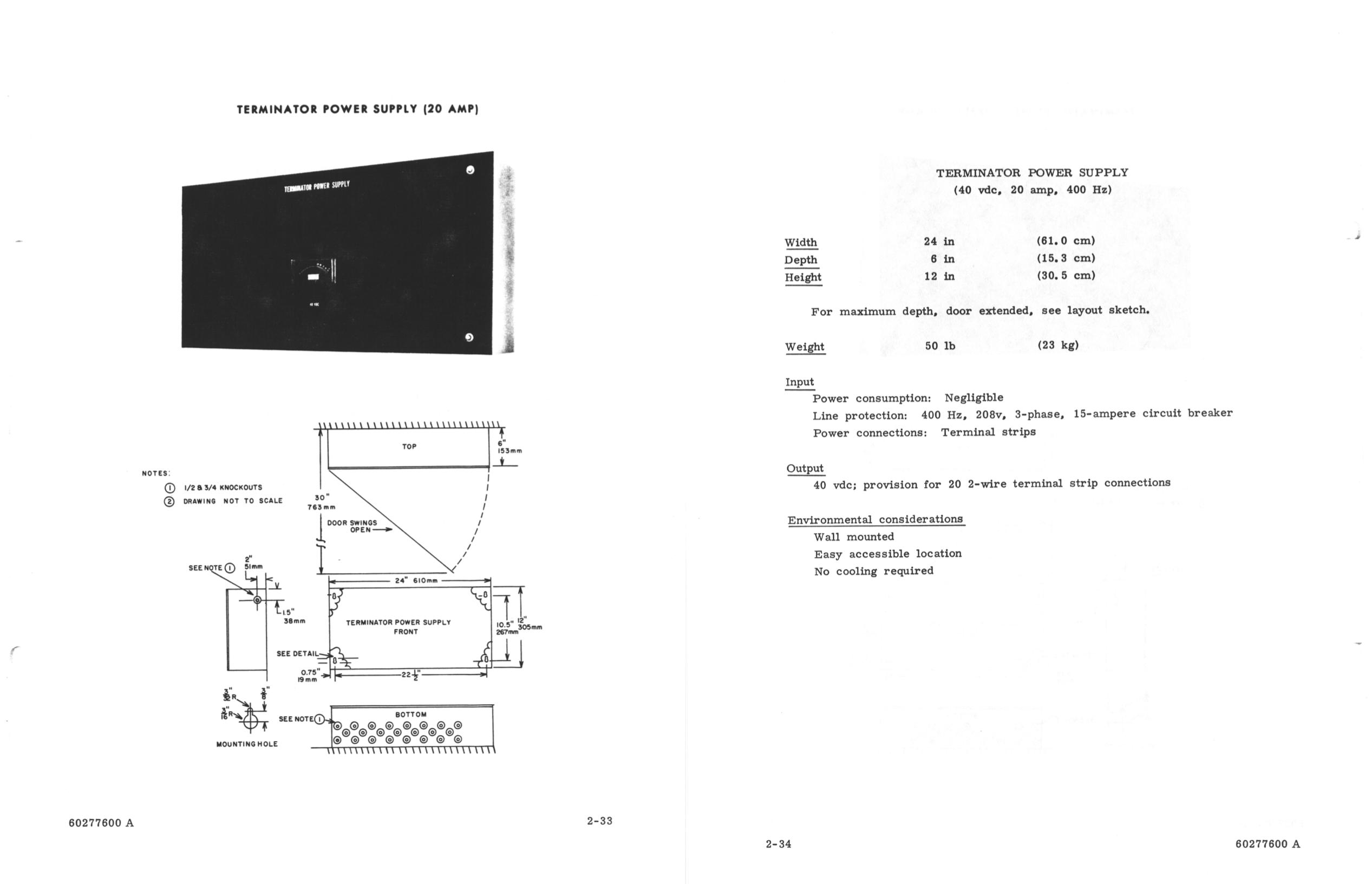 I put the whole installation manual on my google drive. It's quite large (about 145mb of scans).

Not the answer you're looking for? Browse other questions tagged mainframe or ask your own question.

13
What is the prototype of the Eastern Bloc videoterminal Videoton 340?
29
History behind the text column restriction
13
What is the purpose of the yellow wired panels on the IBM 360 Model 20?
6
Why did the CDC 6600 expand the word size to 60 bits?
4
What was the first vector supercomputer?
8
Besides the IBM 709 and its descendents, did any other machine have "slightly longer" registers?
9
How many transistors in the CDC 1604?