It was in the movies "Star Trek II: The Wrath of Khan" (1982) and "Serenity" (2005). It resembles the Honeywell 6000 series but I can't find a photo of it that matches exactly. Could it be a custom design or a prototype that never went into production? 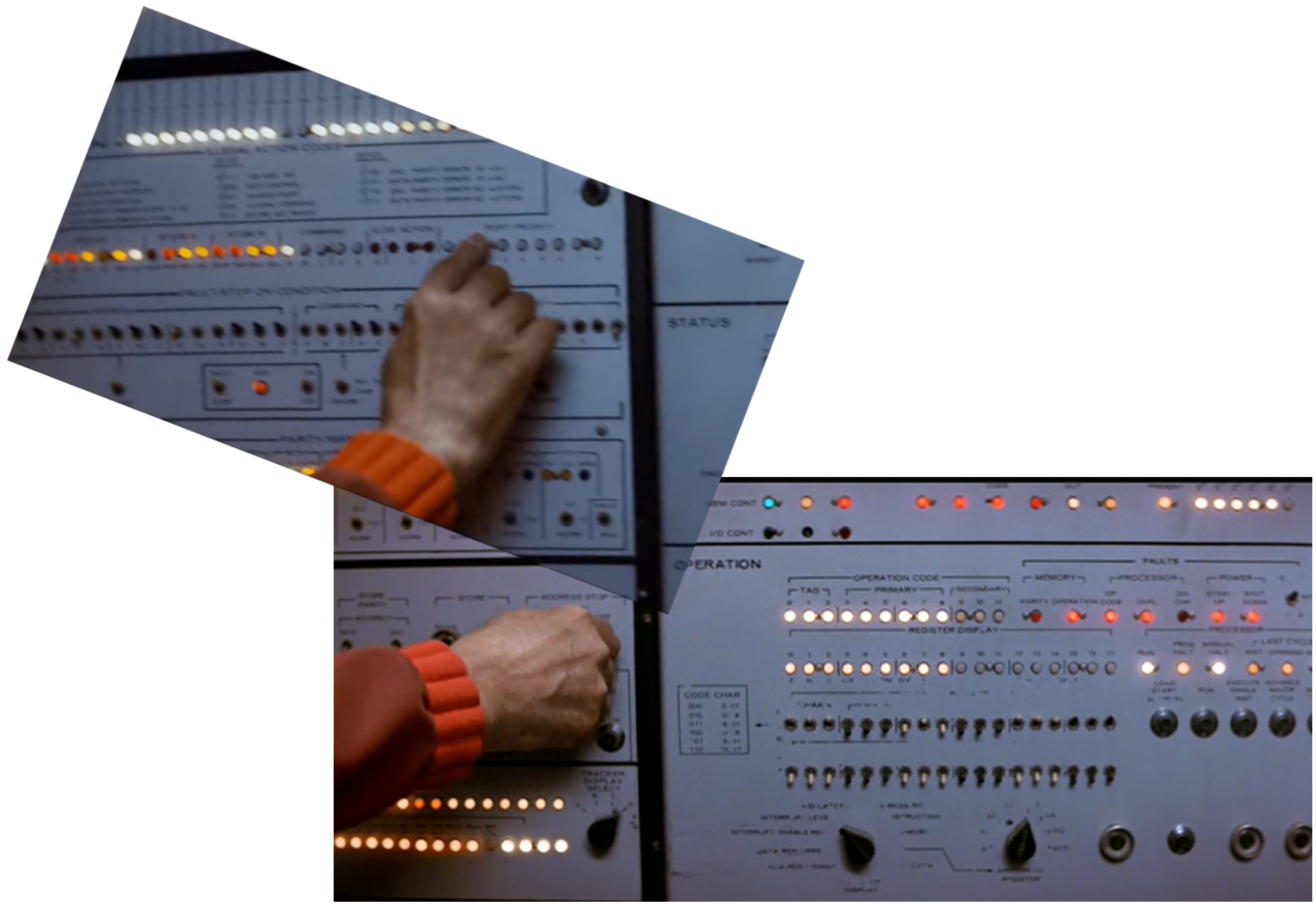 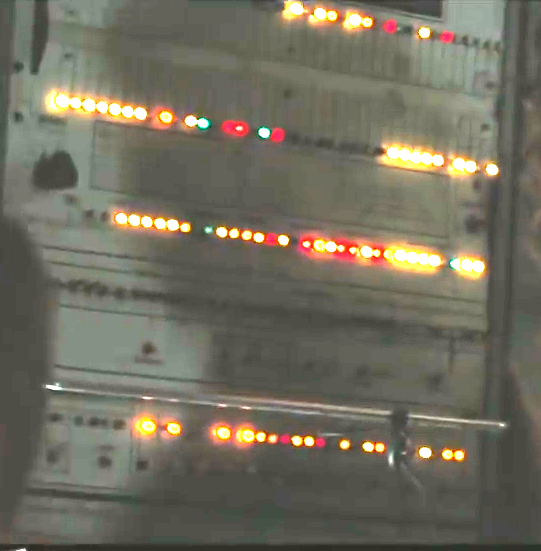 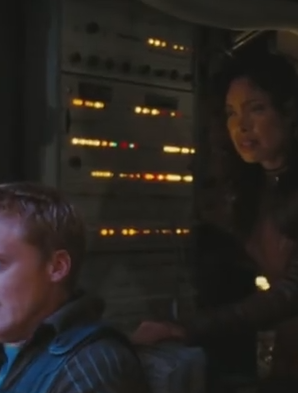 StarringTheComputer.com claims it is a GE 635. I could not find pictures of that particular system, but it is consistent with descriptions in the 635's System Manual and Programming Reference Manual.

Here is a better picture from Serenity: 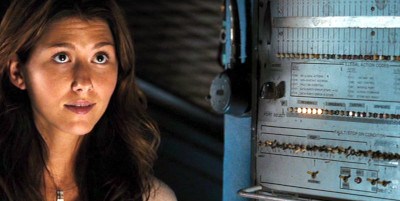 The GE 600 series were the first multiprocessor systems, and were touted for their multitasking and real-time abilities. It was the system upon which the Multics operating system was developed (the precursor to Unix). It also was used by the USAF to track missiles and by NASA to track the Apollo spacecraft: 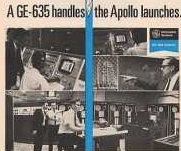 GE sold their computer division to Honeywell in 1970, who renamed the architecture the Honeywell 6000 series. Here is a picture of the Processor Control Panel of a Honeywell computer: 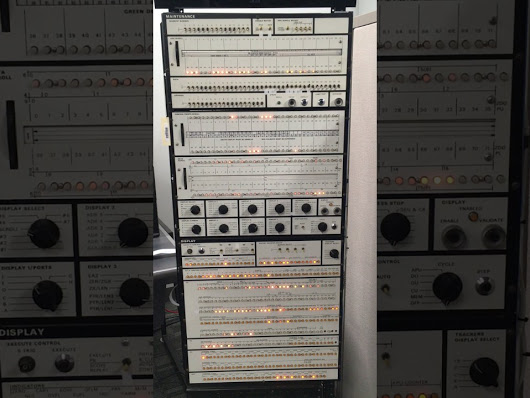 Comparing Khan, Serenity, and the Honeywell:

The difference between these models was fewer than 10 wires on the backplane. Field service could convert a 615 to a 635 or 625 or vice versa in a couple of hours if necessary; other than those few wires, the 615, 625 and 635 were identical.

If this is a custom design, then they spent way too much time making it match the GE 600 / Honeywell 6000 family. My guess is that it was an obsolete but real system that someone was more than happy to sell off. They weren't cheap:

I came across this thread while doing the same type of image search (to ID the panel in Wrath of Khan). The Serenity panel is not the same one as the Wrath of Khan "deflector grid" panel the Star Trek screen grabs are from.

The Serenity one appears to be made out of several different panels. One of which was from the H6180 CPU Maintenance panel (third full-size panel down in this image) which matches the black vertical "data scroll" wheel on the left of the panel and the upper and lower light rows separated by the middle "window" between the to bit-register light rows.

I can't seem to run down the panel below it in the Serenity shot (the one with he black knob on the left).

I have had no luck not he Star Trek panel. It is maddeningly close to the Honeywell 6000 series front panels, but none of them match perfectly. I was thinking it might be the GE version before being rebadged by Honeywell, but can't seem to run down any good front panel images to compare.

It is frustrating because I am 99% sure that this has to be a found item and not a built prop.

Not the answer you're looking for? Browse other questions tagged identify-this-computer front-panel or ask your own question.

4
Source code of front-panel entered Altair 8800 programs
9
Can anyone help me identify this computer?
19
How did the Altair 8800 front panel load the program counter?
9
Why did 1970s front panels prefer momentary toggle switches to push buttons?
1
Can you help me identify this AMD 386-DX40 motherboard?
11
What year was my old, long-lost IBM PC born? And which form factor/model was it?
8
Could the 6502 have worked with an Altair-style front panel?
2
Identify Terminals Used in this Music Video
2
Identify computer seen in Wikipedia
10
Identify early portable computer