I dont know how to install SGI IRIX operating system

I just bought an SGI Indy computer off of Ebay. The computer works, but I do not know how to netboot one of the computers. Since I do not have an external disk drive (but I do have disk drives from old computers, but they do not plug into the computer with the correct ports), I cannot install them with some disks that I have. I, then, resorted to trying to install the machine over a network. I tried, first, to install it over the DIMA server, but the computer would not recognize it. I am not sure if the DIMA VM was not connecting to the internet. I then tried the netboot appliance on github, and that also did not work, because I could not find the IP address of the computer.

when I let the computer do it's normal boot when the ethernet cable is hooked up. 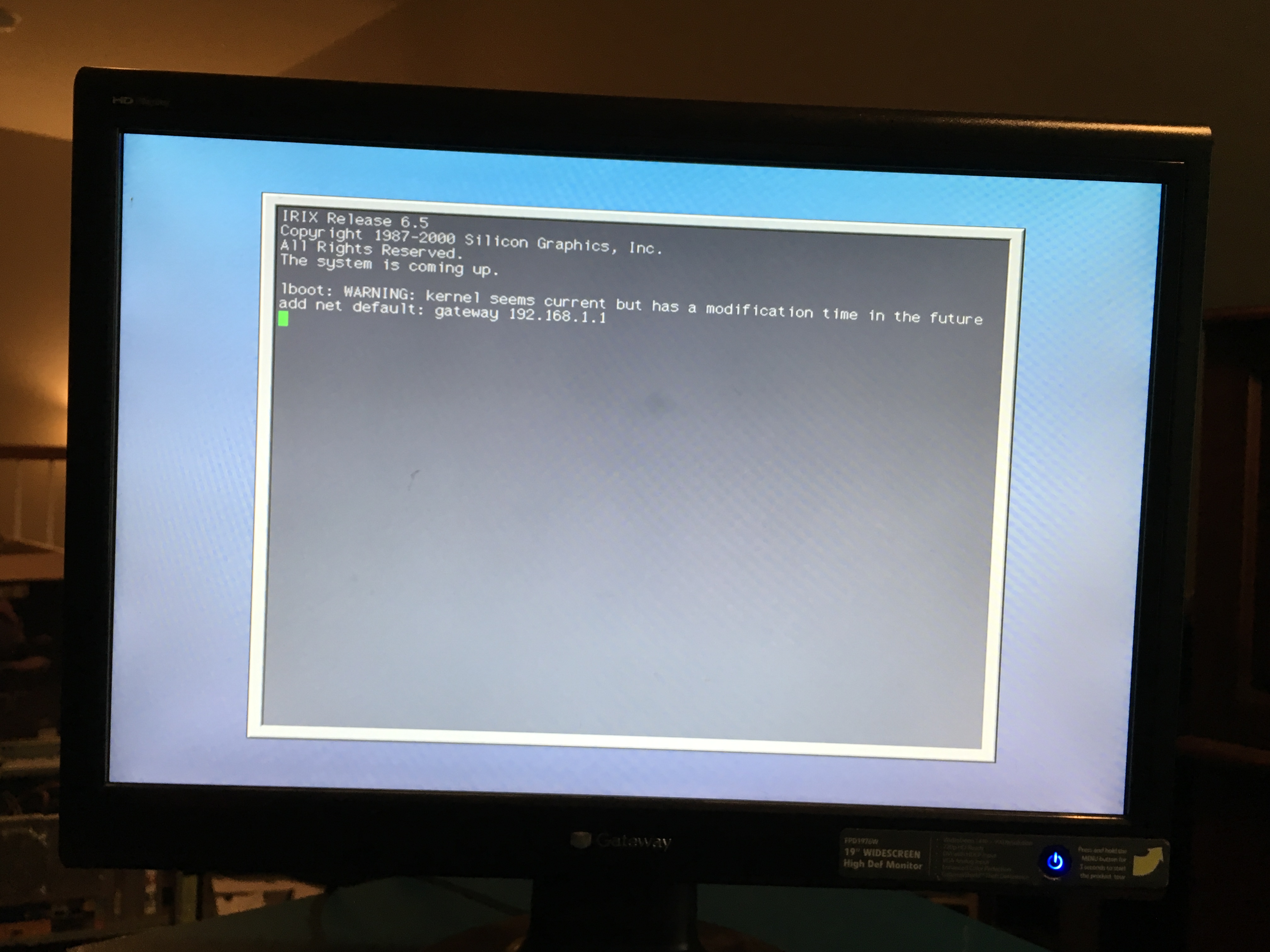 Here is a photo without the ethernet cable hooked up... 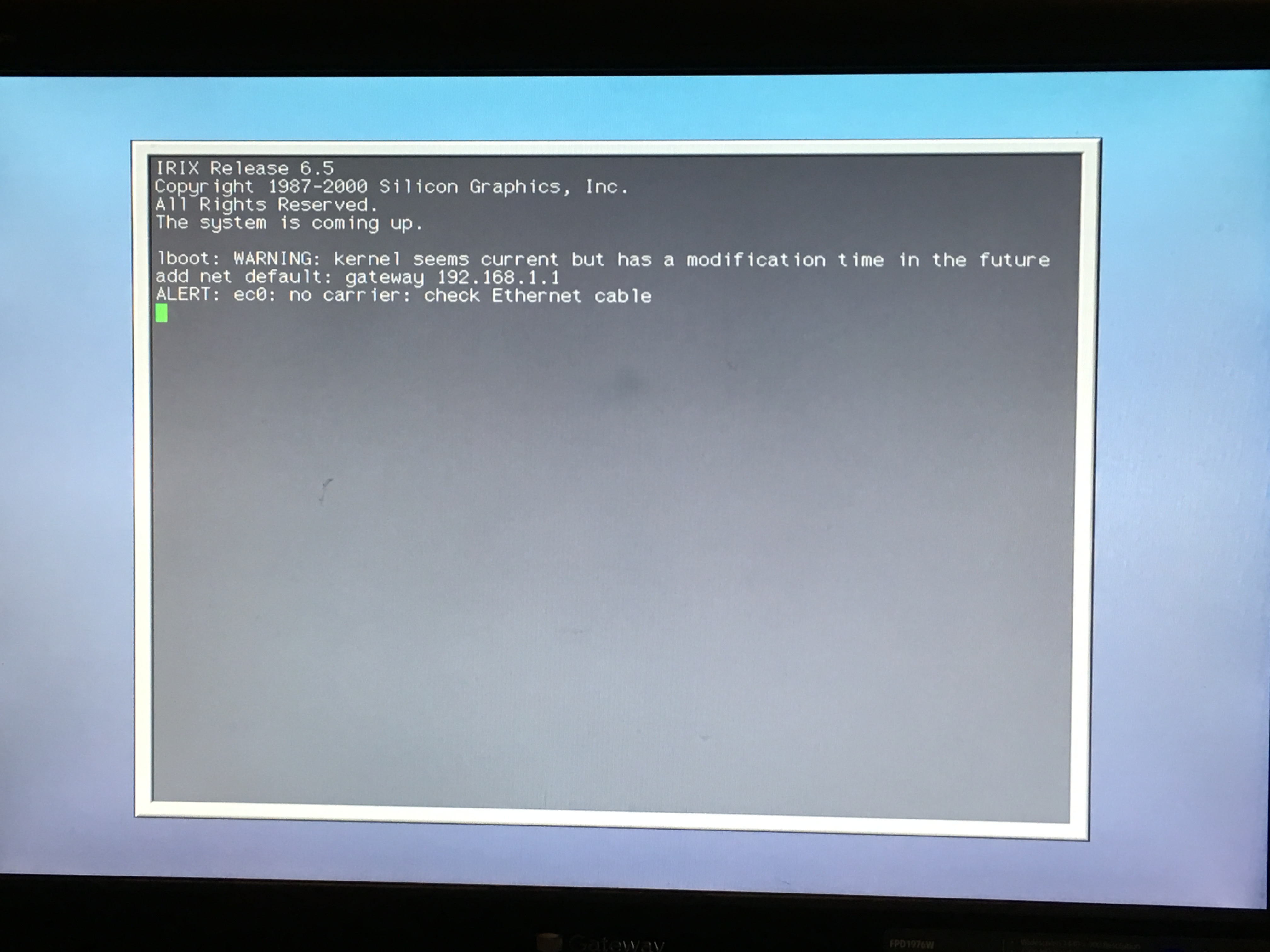 The "ALERT:ec0" reappears in a new line every few minutes. 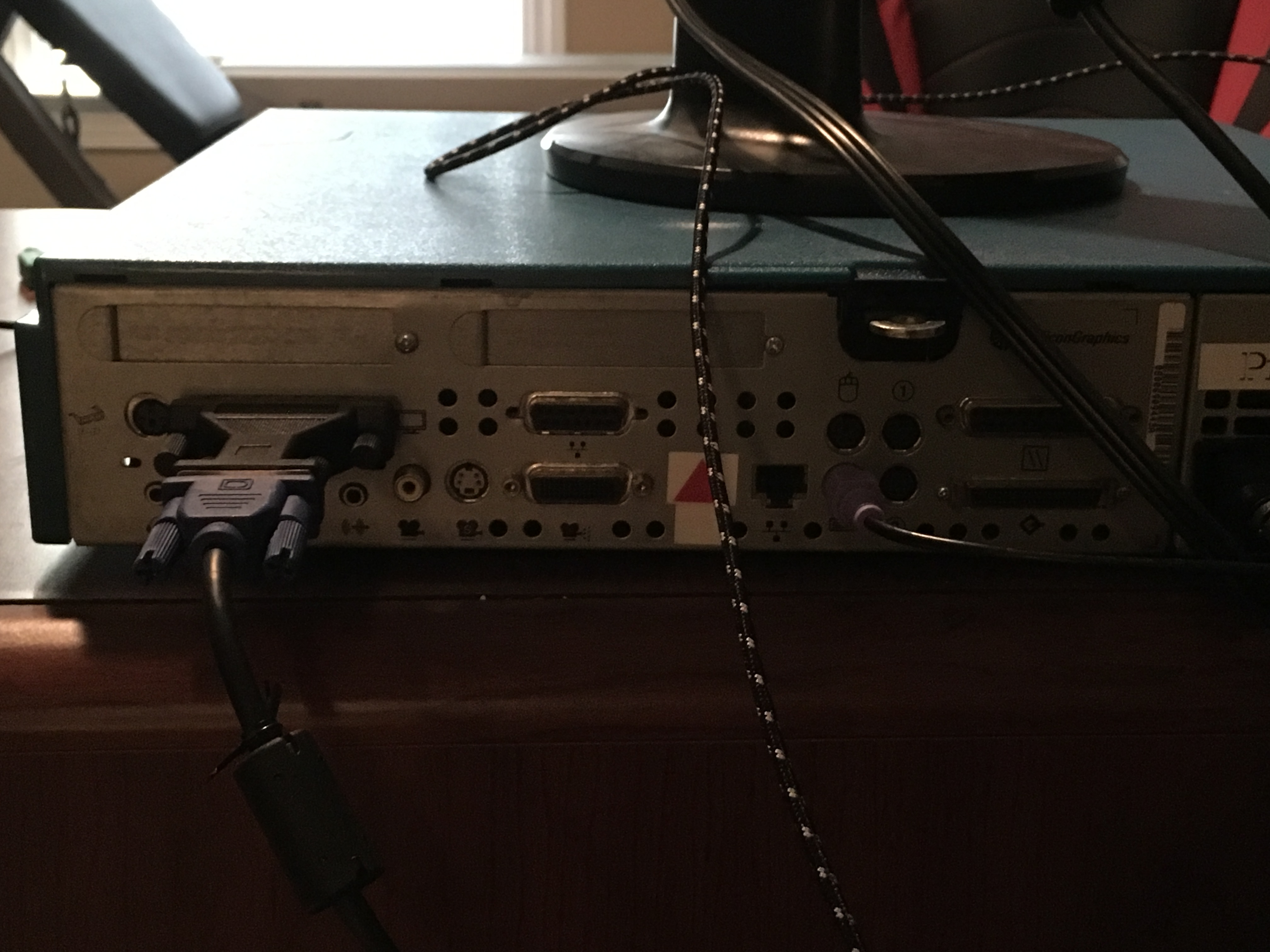 The USB to PS2 converter: 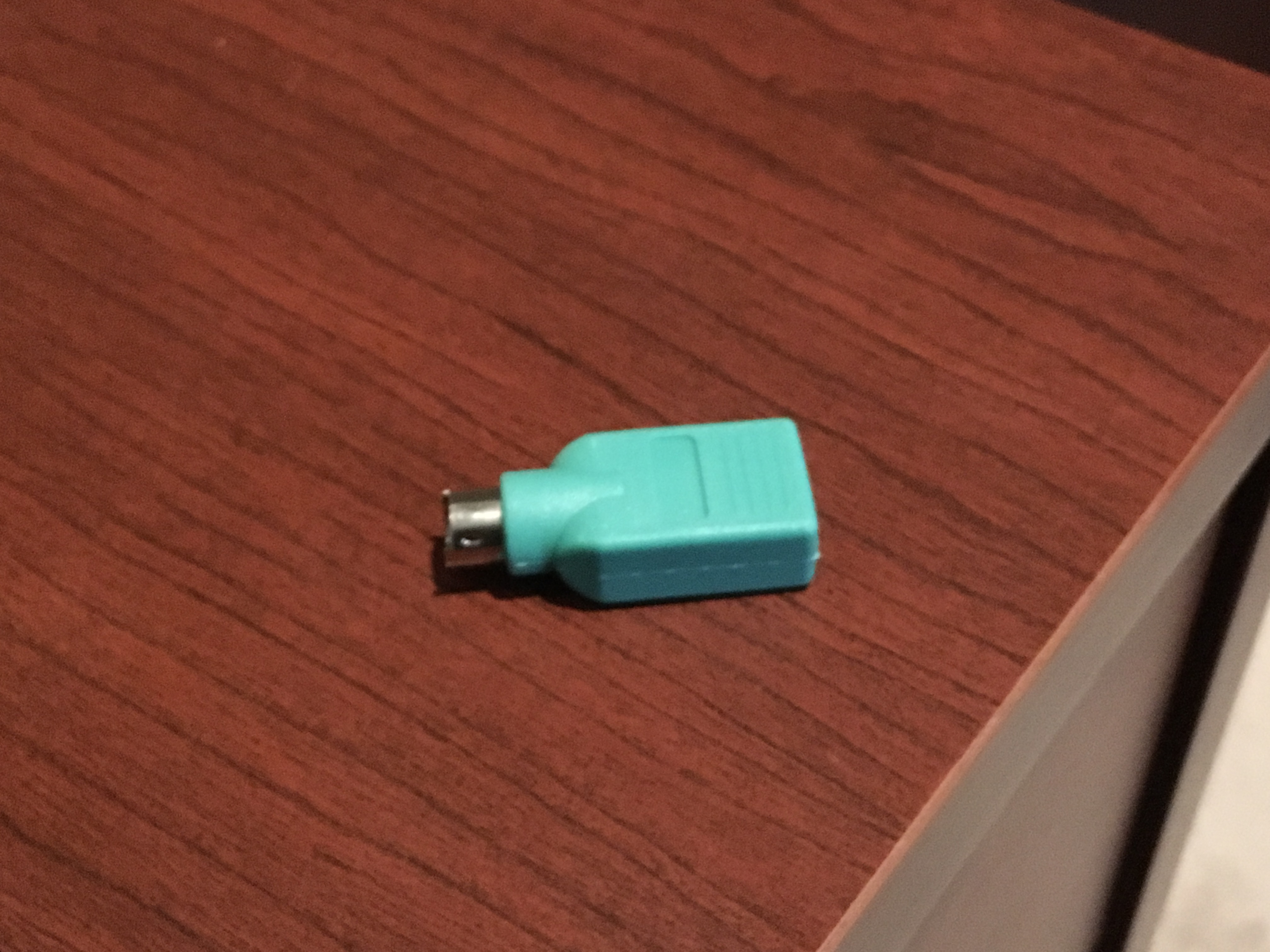 From these things, I am guessing that the computer already has Irix installed, but I want to reinstall it because I do not know how to fix the kernel error.

The ports with the ethernet cable: 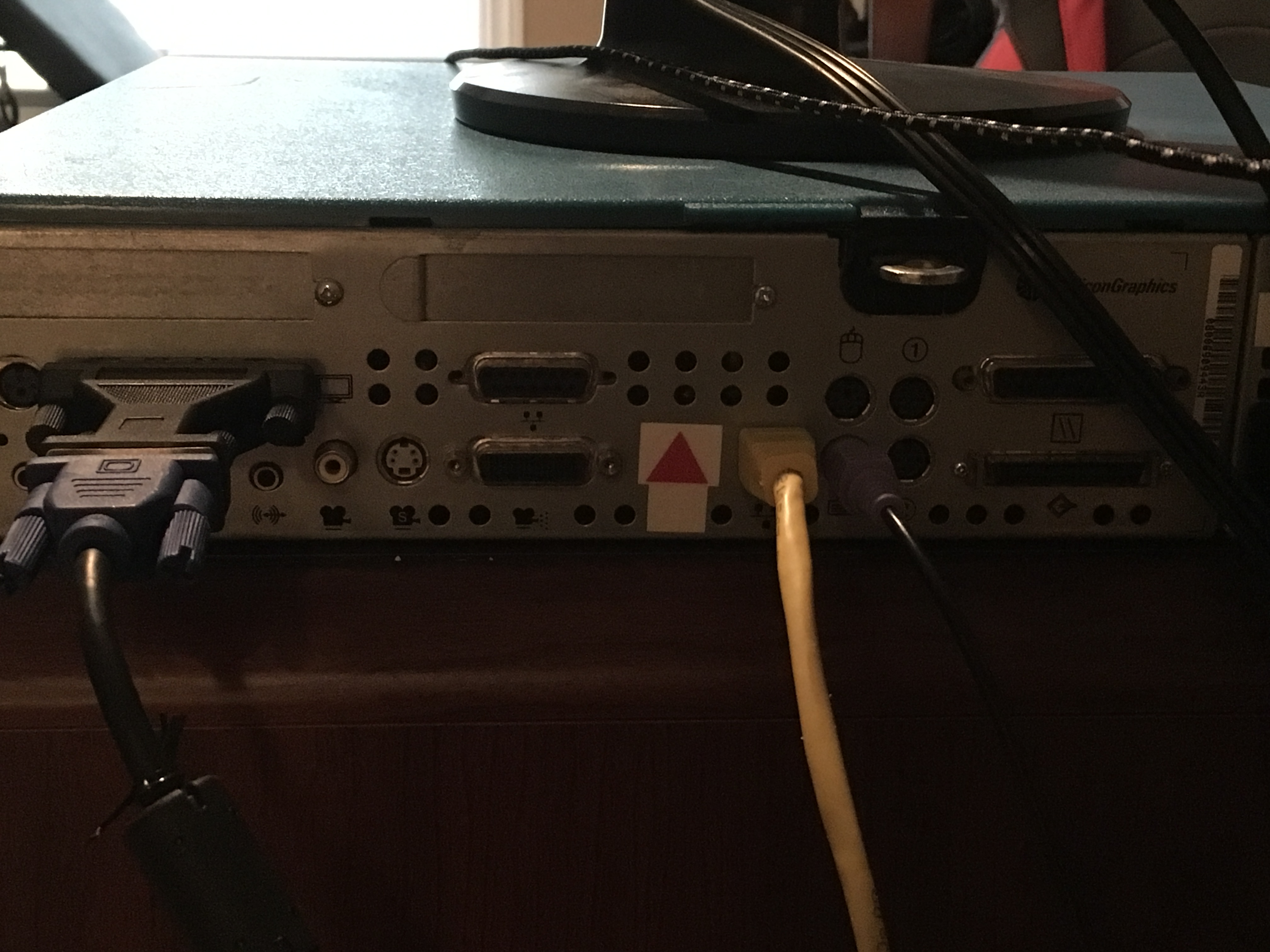 The ethernet cable has been hooked into a Windows 10 laptop and an IMac, and I received the same results...

I then ran to the DINA (deBugs IRIX Netboot Appliance), and I do not think it was connected to the Internet (feel free to ask about that). I really do not actually know how to use it, I just attempted to figure it out by watching this video (which did not give me much help because I did not see the ports or what he did before the video).

I still, after the video do not know how to use the appliance. The computer works perfectly, with an R4X00. ALso, some helpful information could be that the timezone is PST8PDT.

The boot noise also works because I reset the environment variables (which did not do anything, it just turned the volume up a little bit in the computer).

There are no (as I can see) IP addresses on the computer.

Note: This answer is a work in progress

Based on the info in your question it appears that the system powers on, starts to boot of the hard drive, and probably has a working network interface. This is good since the hardware appears to be fully functional. Regarding the boot messages you're seeing:

Given that the system appears to be booting off the hard drive and at least some of the OS is coming up, it's likely that a reïnstall won't be necessary. Given the reported network address, you're probably looking at a fresh install of Irix. Since the system won't complete booting in its current state you'll want to try booting into single user mode so that you can poke around a bit and find out what state it's in, change settings, etc. To do this:

If you're having trouble getting the Indy working with DINA, the issue may be that your LAN's DHCP server is conflicting with DINA's. Try putting the machine running DINA and the Indy on their own network (either through a switch or directly together using a crossover cable) and trying again. A nice tutorial on using DINA can be found here. See also irixboot and Installing IRIX over a Network.

USB to PS2 converters are typically passive devices that only work with mice that are designed to speak both protocols. IOW, if the converter came with the mouse it should work fine with that mouse but might not work with others. If you have other mice you could try plugging them into the converter; one of them may work.

Questions for the OP

Thanks a million to those who helped, I would have never figured it out without you!

Not the answer you're looking for? Browse other questions tagged sgi or ask your own question.