How popular was the Canon X-07? 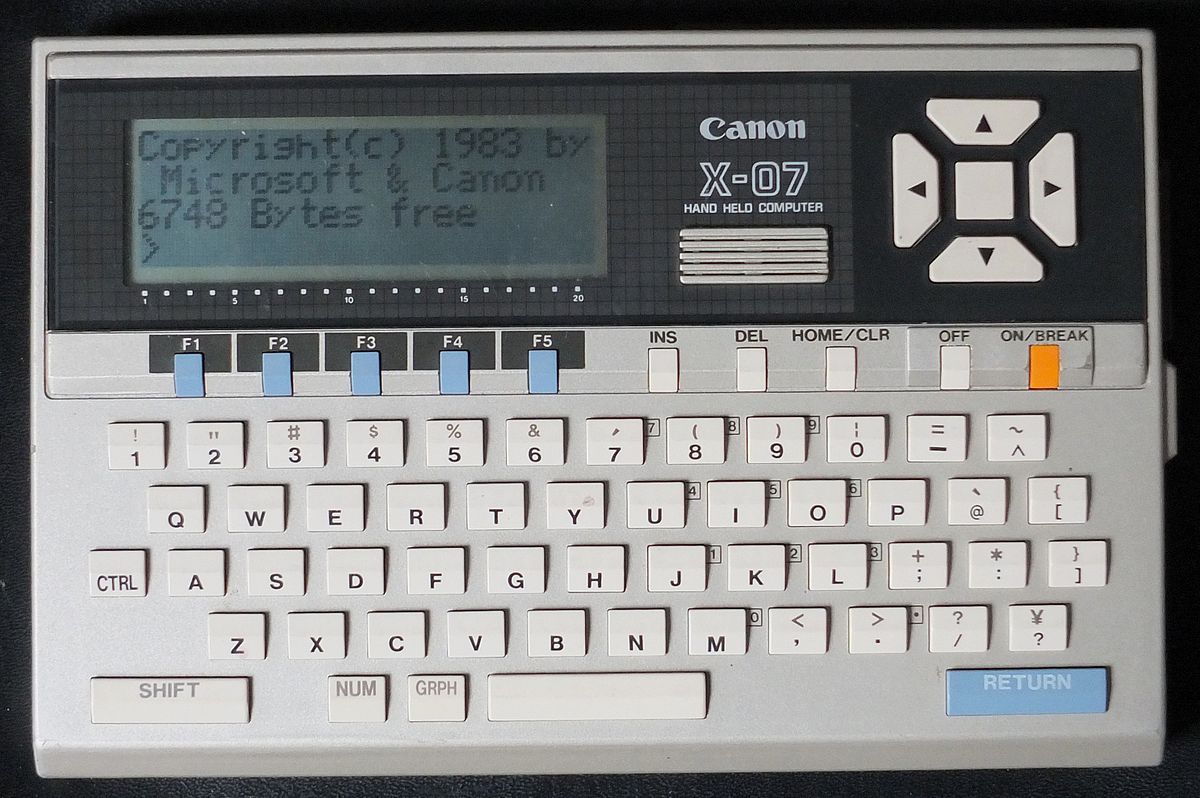 The product by itself was of high quality, Z80 and RS-232 compatible and with a lot of peripherals available such as:

There is quite some literature about it on the Internet and even emulators, however, little about how widespread its use was.

How popular was the computer back then when it was released in 1984 ?

As usual it depends on what popular should mean, which usage area is ment to be used and what region of the world we are talking about.

AFAIK it got most use in Japan and some parts of Asia, much less in Europe, and comparable little in the US. Being quite late (1985, *1) the market was already quite saturated with other models - which in addition often offered larger screens and a greater software selection to the user. In addition, 1984/5 already brought the next generation, like the Tandy 200, and the market was moving toward units more like today's laptops (80 character per line displays, x86 CPU, etc.).

Canon tried to position it as low end device for people who would not like to afford the 'bigger' ones and got some success at the low end/hobbyist market.

Judgeing form how often french language sites come up when searching for the X-07, it might have had a good sale in France or French speaking countries in general.

Not the answer you're looking for? Browse other questions tagged canon or ask your own question.