Windows 98 doesn't come with any drivers built-in for the USB Mass Storage class. Fortunately, there are some generic drivers available, such as from here. I found this site by searching the web for "windows 98 usb mass storage driver" - other sites are available with similar drivers. 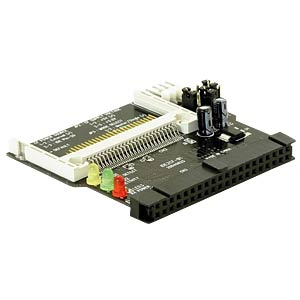 This is certainly possible with third-party software. One option that I have seen used on real hardware is the Maximus-Decim Native USB Drivers, i.e. NUSB:

NUSB in languages other than English.

Here's a direct link to the English version:

You may need to use the Internet Archive:

This will appear as "Unofficial Universal USB 2.0 Stack" in Add or Remove Programs.

The drivers can be downloaded from the following link:

USB flash drives and other USB mass storage based devices are becoming more and more common. Unfortunately, they often do not come with drivers because Windows Me, 2000, XP and Vista all come with generic drivers already installed. This way all you need to do is plug the drive in, Windows will recognise it and you will automatically see the drive in My Computer. Windows 98, especially in it's second edition (also known as Windows 98SE), handles USB fairly well, however there are no generic/universal mass storage device drivers preinstalled in the operating system, so you will need to install some additional drivers for it. Some manufacturers do however, provide the Windows 98 drivers on CD, others have them available to download, and others simply do not have them available at all.

If you are using Windows 98, and you do not know the manufacturer of the storage device, or you can't find the drivers, what can you do? Fortunately, there are some generic Windows 98 USB mass storage device drivers available that work with most such devices. This means that these drivers will work with many makes and models of the following:

To install the drivers

There is extensive discussion on the MSFN board here:

6.After detection new USB 1.1 and 2.0 controllers (if it will occur) too it is necessary to reboot.

There is a program called Native USB disk driver for Windows 98 ... ver 3.3 that I have that installs drivers for USB flash drives as well as a USB2.0 drivers.

A better way is to just go on http://www.majorgeeks.com/ and search for unofficial Windows 98 service pack. It comes with a lot of enhancements including USB flash drive support & USB 2.0.

Using a computer with a BIOS that supports booting from USB may be another way to access USB storage from DOS, including anything that runs on DOS such as Windows 9x.

12
Is there a device that connects to a USB port and acts like a normal PC floppy drive?
19
Formatting a 720K floppy disk over USB fails with Windows 10
5
Windows 98 SE PC refusing to network using NIC/modems
5
Accessing a USB drive from DOS
9
Compaq Portable vs IBM 5155 Portable PC
2
"Restoring" a 1986 Compaq Portable II (Cabling question)
2
Installing 98SE without USB/CDROM to IDE drive - Invalid System Disk
9
I get I/O errors when writing a disk image to a new old-stock floppy in a USB drive. How can I resolve this?