I recently acquired a Commodore 128. It worked fine for about an hour, in both C64 and C128 mode, at the exception of some coloured bars, before displaying garbage and not booting anymore into any mode, displaying very faint dark blue columns.
The failure event wass initiated when I took the fully-assembled computer off the desk and on my lap. Here is a picture of the coloured poles, please pardon the angle, I cannot really take another one now that the unit plays dead. 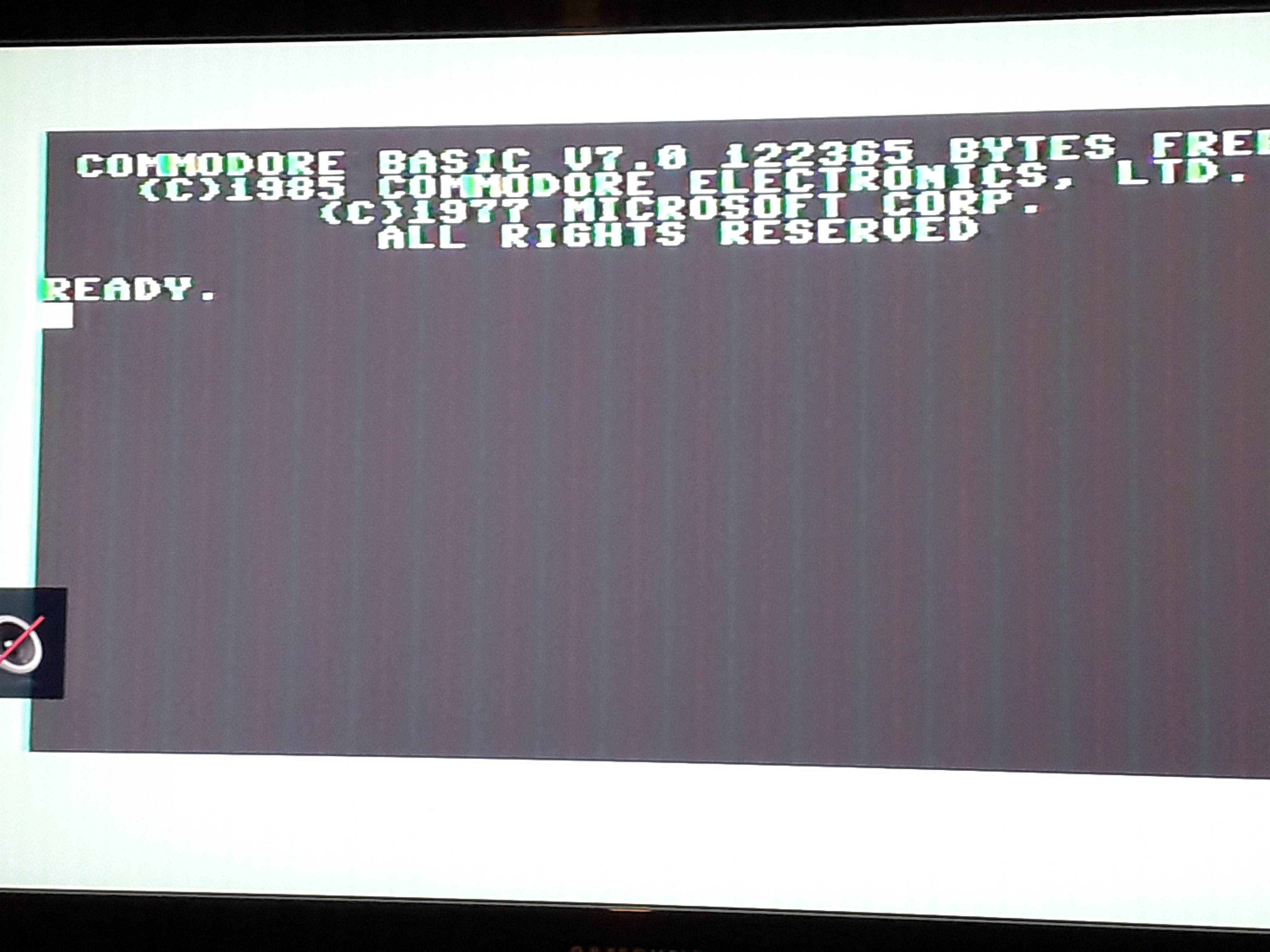 The garbage was dynamic in some rows, and had the habitual borders.
The unit will not boot up in any mode. Typing SOUND commands into BASIC does not seem to have an effect, and LOAD does not seem to switch the motor supply either. The supply rails seem nominal, at 4.6 4.8 (kranked up my lab PSU a bit to compensate wire loss and enter +/- 5% tolerance) and 12.4 respectively. The 5 volts rail measures 175 ohms to ground in both directions. Volt drop mode displays 200 - 300 mV in both directions as well.

The chips' heating conforms to this troubleshooting guide page 37 (according to the internals of the book, not of the PDF) except at three oddities :
- The character ROM is only "weakly" warm.
- ROM4 and ROM1 are somewhat warmer than the other ROMs.
- The MMU is not very warm either.

Note : the VIC has not been tested yet, as it is under the video shield which I have not yet taken off, but the video shield itself gets warm, which indicates that the VIC is hot.
Removing ROM4, for I believe that it is not needed for a basic boot (at least some picture) does not fix the problem.

While the unit worked, the datasette port did not, but that may be another problem.

I suspect the 8701 clock generator chip might be at fault, according to this source

I however do not know if those lines could be considered "barber poles". Please note that all outputs shown are from the A/V port, as I am not able to use the RF or RGBI outputs. The main board (excepted from the video and modulator boxes) can be seen here : 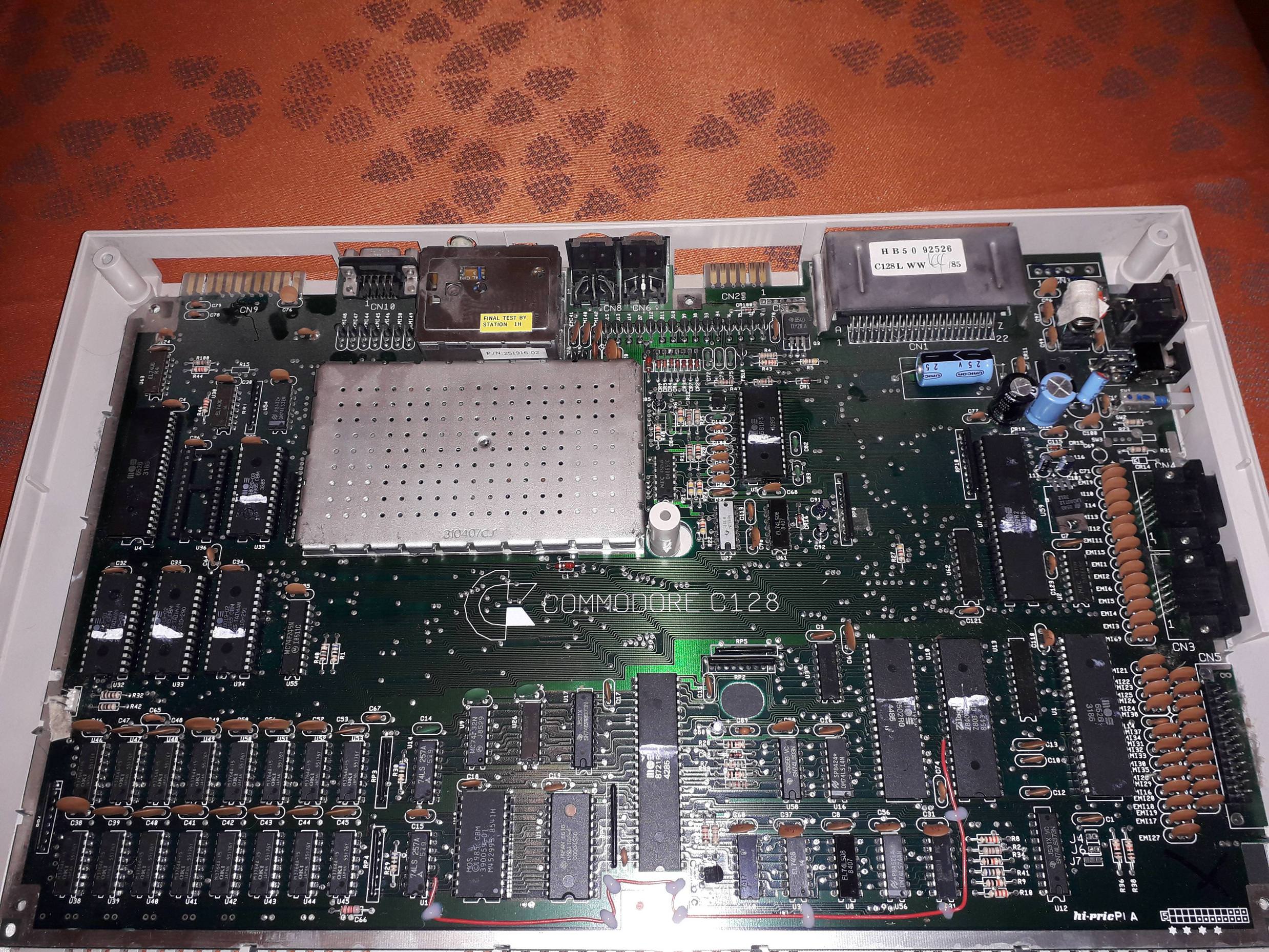 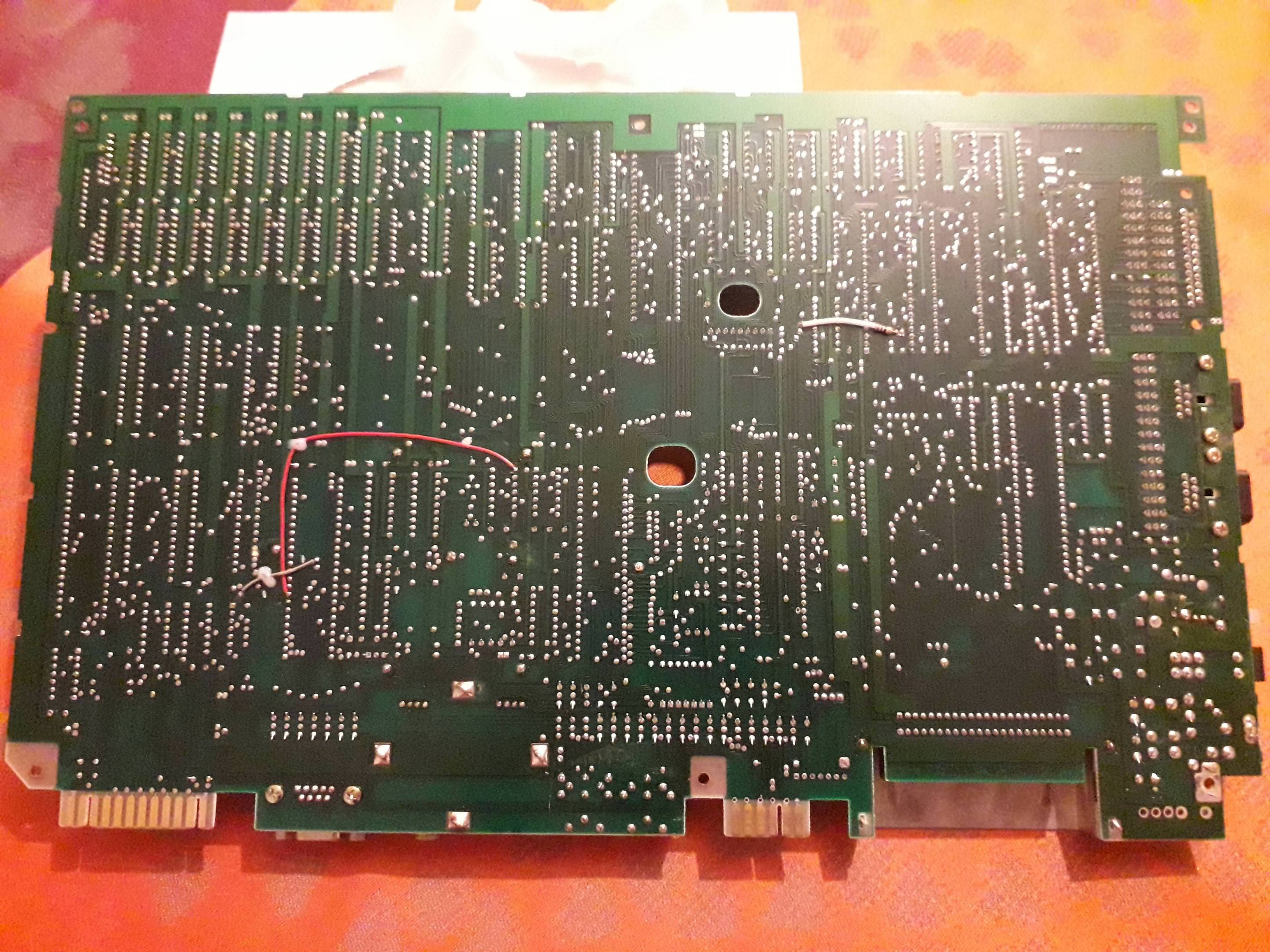 As I would like to avoid tampering with the unit any more than I need to, and as I do not have a lot of experience with it :

What could explain the given symptoms ?

Stumbled upon this question. I experience this with defective trim capacitor C20 as well and can be an easy fix :-)

Not the answer you're looking for? Browse other questions tagged video commodore repair commodore-128 or ask your own question.

17
I've taken my Amiga computer out of storage after several years and it doesn't work. What's the likely cause?
8
How can I upscale the video output of a Nintendo 64 for low-latency and high quality graphics on an HDTV?
3
Why does my IBM 5154 have an undulating wave?
6
Was it ever possible to access the full EGA color space in 200-line modes?