I'm seeking the source code for an old Atari ST game STFBalls1 a.k.a STBalls a.k.a. Balls which was released as shareware back in the early '90s. According to the author, anyone making a shareware donation would get a copy of the game's STOS Basic source code. Does anyone know where the source code might be found today, know how to contact the author (Simon Carter), or have a copy of it lying around?

If I can find a copy of the source code I'd like to try porting it to something more modern (probably HTML/Javascript). The levels and graphics would be pretty easy to extract from the binary version; determining the behavior of the various "widgets" in the game would need either the source code, a disassembler, or playing the game all the way through ;^).2

1The binary, levels file, and readme are available as a floppy disk image on the linked site; the source code is not.

2 Reverse engineering by editing the levels file might also work but only if all of the widget behavior is deterministic and not context-dependent. 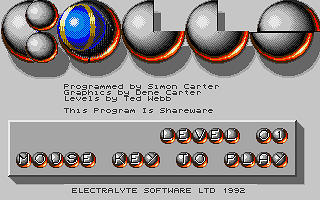 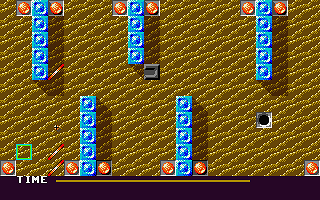 Not the answer you're looking for? Browse other questions tagged gaming atari-st or ask your own question.

13
What was this game with a "Conan" style character on Atari ST?
3
3D Printed Replacement Key Caps for Atari 1040ST
8
Name of Atari ST 3D game?
6
Where to find a ROM dump for the Atari ST cartridge 'ACTION'
11
Looking for ATARI-ST Graphics Image
2
What capacitors to use in Atari 1040STE power supply
6
Did loadable levels for ZX-Spectrum games contain only graphics / game data, or executable code as well?
5
Cold war submarine game for the ST