Why are the internals of NES Gamepaks so small compared to the case?

As you probably know, in the technology world, smaller is generally considered to be better. Companies compete to make the most portable phone, or the smallest laptop, but apparently Nintendo didn't get the memo on this back in the '80, because if you take a look inside an NES cartridge you may notice they were opting for the exact opposite: 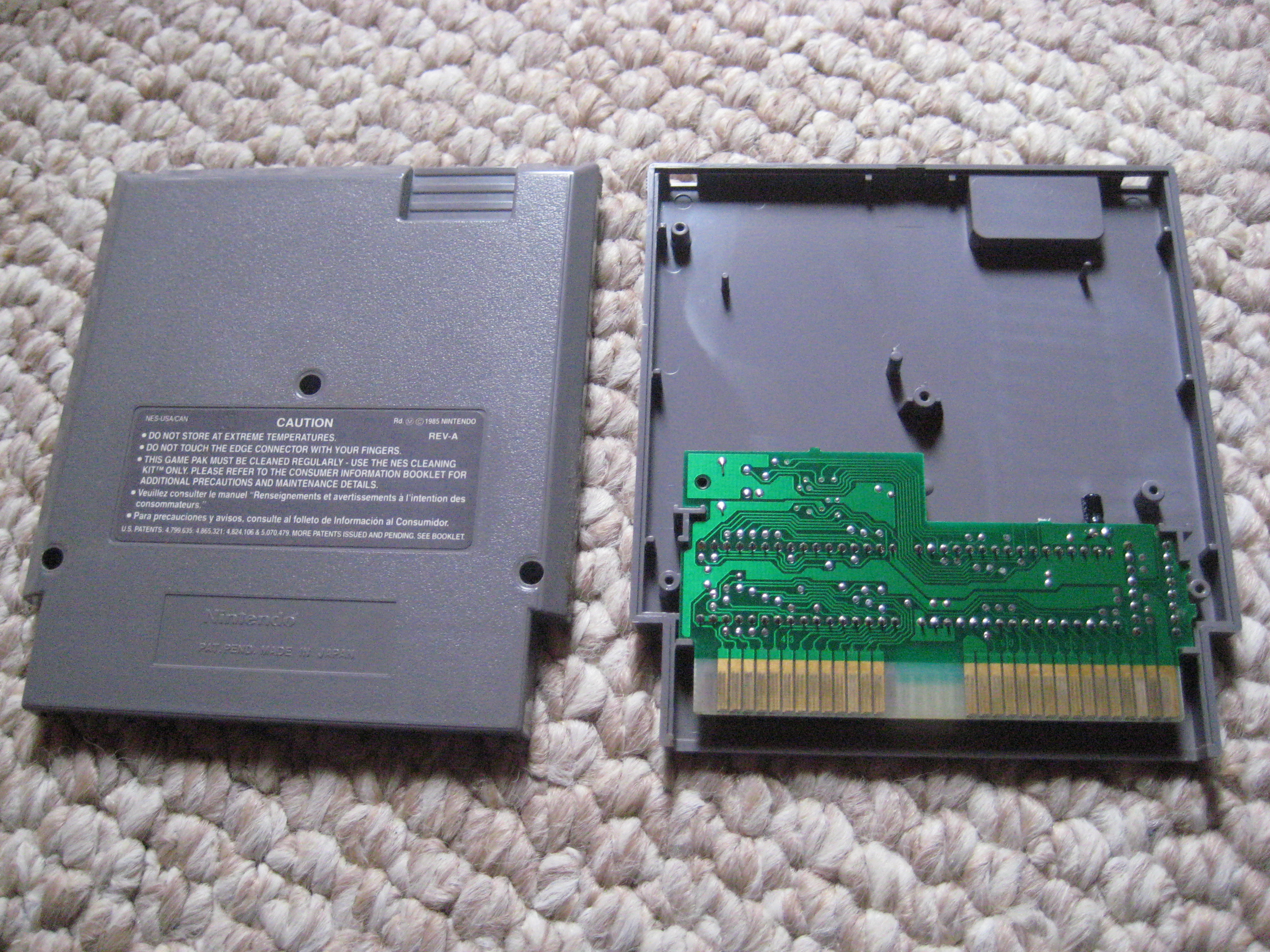 In other words, the case is massive compared to the internals.

Why would they do this? Why would anyone do this? Am I missing something?

Under the hood, the NES was almost identical to the Famicom, its Japanese counterpart released in 1983:

The Famicom console itself was much smaller that the NES, and it had a traditional top-loading cartridge slot instead of the NES's notoriously unreliable front-loader. It's cartridges were also more reasonably sized:

Nintendo purposefully designed the system so as not to resemble a video game console, and would avoid terms associated with game consoles, using the term "Pak" for cartridge, or "Control Deck" instead of "console". Renamed the "Nintendo Entertainment System" (NES), the new version lacked most of the upscale features added in the AVS, but retained many of its design elements, such as the grey color scheme and boxy design. In avoidance of an obvious video game connotation, NES replaced the top-loading cartridge slot of the Famicom with a front-loading chamber for software cartridges that place the inserted cartridge out of view. The revised design includes design flaws which have the side-effect of making the NES more prone to breakdown. The loading mechanism became notorious for slowly failing. The Famicom's pair of hard-wired controllers was replaced with two custom 7-pin sockets for detachable controllers.

Nintendo knew they couldn't sell a video game system, so they made something that looked futuristic and not like a video game system. The design decision of inserting a large cartridge into a slot on the front of the system was an effort to resemble something like a VCR rather than a game console.

The mechanical aspects of the NES require that all NES Gamepaks be about the same size. NES could not predict with certainty everything that game designers might want to include in a Gamepak, and were more interested in ensuring that the cartridges could handle the worst-case need than in making them as small as possible.

Making the cartridges larger would also cater toward an attitude that increased size correlates with more sophistication, and made it easier for people to acquire an impressive-looking collections of games.

Not the answer you're looking for? Browse other questions tagged nintendo nes chip game-cartridge or ask your own question.

18
What are the differences between the Japanese Famicom and American NES?
10
Why are the PPU registers on the NES mirrored?
4
What are the circuits captured on this photo of the NES PPU die?
17
Are NES turbo buttons internal to the controller?
12
Why are NES cartridges grey while Famicom are rather colourful?
4
Original NES from UK, that I want to work in the US
5
Why was the golden game Ocarina of Time not given a golden cartridge in the PAL region?
5
What was the reason that the original Western NES console had a "cartridge bed" that had to be pushed down to play?