Copying tapes "back in the day"

Back when I had a ZX Spectrum 48K, I had a friend that had a 128K and we would swap games for the weekend from time to time.

We did try and make duplicates of the tapes (yes, I know, but we were ten and had no concept of piracy). I had two of those external 5-1/4 inch-drive sized tape units (this kind of thing). I connected them up and tried to make a copy but they would bum out soon after starting. From memory they would suffer from "flutter", I think it is called, or was it wow (or both).

Strangely I seem to remember being able to make a copy of something I had written in BASIC, saved to tape, duplicated, and then had no problems loading. It may be that it was very short or my bad memory.

Out of interest, if one had access to a good hi-fi unit (I did not) could one actually make a duplicate, or did they have other protecting in place? I note there where some very sophisticated tape units available at the time (or soon after) which I understand could give CD a run for its money (e.g. the Nakamichi Dragon or the Pioneer CT-F1250).

Just for the record, I do not condone any such conduct but, for experimental and interest reasons, I wanted to ask.

In theory, it is fairly simple duplicating a tape.

The problem with analog tape-to-tape copies is that sound quality lowers and spurious noises are also copied and more are generated into each new consecutive copy generation. It did not contribute to improve the situation, that later tape copy protection methods/turbo loaders (SpeedLock, Alcatraz...) were more sensitive to noise, either due to the higher speeds, and also due to routines listening to noise that was not supposed to be in an "original copy" - or conversely, as @scruss correctly points out, listening to sounds that were supposed to be in the original copy.

To further complicate matters, also later Spectrum/clone models, notably some Spectrum+ models in Spain and Portugal, and the Timex clones were made more "hard of hearing", as a brain-damaged strategy idea to curb piracy (actually the Timex TC2048 clone I owned, had a 10x stronger resistor than the original speccy, in the circuit connected to EAR - e.g. a 10K resistor instead of a 1K resistor, known as R37 in the official ZX Spectrum electronic schematics). 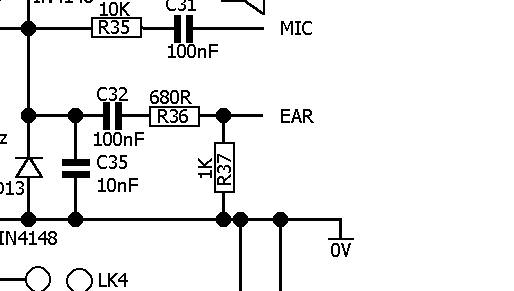 That hardware change meant that often tapes that did load well in a regular ZX 48K Spectrum, did not load in a equivalent machine affected by that change, and would cause additional problems in using copied tapes.

High-stereos hifi devices often did not cut it, due to the technology they had to improve the listening experience. I bought a HiFi stereo double deck tape recorder/radio for listening to music, with a mixer/stereo sound equaliser and never managed to load games from there, let alone copying ZX Spectrum tape/data copies. Ironically, one of the best tape recorders I owned for loading games, was a modest/mono one my father got from contraband from the (now former) Eastern block, made not with ICs but (still) with transistors.

Besides copying tape-to-tape, people back then also used software methods for copying programs saved on tapes, to get better quality/"fresh" copies. From the humble "Pirate" for "normal speed tapes", if memory does not fail me, to the famous "Lerm Tape Copier", "Omnicopy 2", and "The Key", that understood several types of turbo loaders.

Other common strategy, was cracking the protections of turbo loaders, if you had the knowledge, using a Spectrum Z80 debugger like Mons3, and saving them via the Spectrum with normal speed. I still have preserved a copy of "Popeye" where I cracked the turbo loader+related encryption routines, and added a boot menu that asks if I want a normal game play or with infinite lives. ( All done in a modest Spectrum 48K clone and a lot of pacience, free time, intuition and mons3)

Later on, you also started having in the market hardware interfaces - Multiface one, Micro-Pokeer, that dumped all the Speccy memory for tape with a small initial loader. We knew they existed, but they were too expensive and out of reach for us as poor teenagers. Nevertheless, people used them to break heavily protected games, simply by pressing a button as soon they had finished loading a protected game, often still in the presentation/loader screen, if well timed. The latest pirated games that we got, before we abandoned the Spectrum, were software saved with those hardware interfaces. The late titles we got were thus saved in normal speed, and were much easier to copy, even with simple software tape copy programs.

Disclaimer: I wrote a bit later on TAPE2TAP for digitalising Speccy tapes on the PC, and TAPE2TAP assembly routines were used as basis for the tape loader of the Warajevo ZX Spectrum emulator. In 1995, I digitised my entire tape collection to Z80 and TAP files, using my own software, together with a printer port->tape connector.

PS: Tried to save experimental radio broadcasts of Spectrum software in Portugal twice, and whilst some data got in, always got an error before loading the entire program (in the checkum, most probably). But then I lived in almost near line of sight with more than one radio/TV broadcasting antennas for the entire city on the other side of the river for our national channels (and illegal transmitters for Spanish TV channels, but that is a story for another day). So the conditions were less than ideal for saving data programs broadcasted from radio.

No, you won't need any 'HiFi' like recorders. After all, these were the very same devices you also used to record your own programs and/or data. While copying from recorder to recorder does always carry a loss in quality, this is of no big influence on a first or second degree copy (*1).

The most important factor is volume. It's much the same as when recording and re-reading data. If the level during recording is too high (*2), reading may not work. Just about every computer manual back than included a paragraph or more to explain level setting and how to find the right level during playback.

This is even more important when using just the recorder as level and sensitivity on both sides are an unknown quantity (*3). The output of the source recorder now has to be adjusted that the cassette is played back at a level which, in conjunction with the input sensitivity of the other recorder, places it somewhere in the middle of the road.

So all needed is spending some time adjusting both recorders.

Now, having said this, there are of course ways to improve the signal, and people did spend money to buy such, to make sure copying went well (*4), but for most cases it was waste of money.

P.S.: The drive shown has nothing to do with any PC standard, like 5.25 inch drive bays or alike. It's just an average cassette recorder, like they were ubiquitous back then.

*1 - As in numbers of consecutive copies.

*3 - When recording from the computer, the level is (usually) set well within the defined working range for tape recorders. Only when reading back is adjustment needed. Usually, this is done by turning a litle dial next to the ear/line-out plugs.

*4 - Of course, only for archiving purpose, never to duplicate cassette-based software for resale :))

It's now well publicized how people used to record programs for their machines, from their radio, which were transmitted by radio-stations .

So maybe you could have played the program on an audio-speaker, and then used the microphone on a cassette-recorder to copy the tape. That may have bypassed the flutter problem .

What about the volume level when you tried copying, it's an issue for people today, when playing these old tapes to their modern-hardware for emulators etc, or is it vice versa.

Maybe games from shops were stored in a finer-detail-format( or machine-code ? ) to prevent copying, don't know .

I had an Amstrad 464, which has an internal tape deck. It was quite common to copy tapes using a twin tape deck. Most portable 'ghetto blasters' in the mid 80s had two decks. Normally only one could record. Some even had a fast copy mode where both would run at double speed.

Game copies would usually work for the first couple of generations, but then would become too error prone. However the Spectrum was more sensitive to this because of the need for external tape players.

As high speed loaders became more common, this became harder to do but still often worked.

Later we used a Multiface attachment to dump memory to disk, which worked fine for any game that wasn't multiload.

The Commodore 64 was somewhat unusual in that off-the-shelf tape recorders didn't work with it, so you were forced to use the Commodore Datasette unit or later clones thereof. Also tapes copied in a normal twin-deck machine wouldn't load using the Datasette.

One solution was a hardware device that plugged into the cassette port and to which two Datasettes were connected. As the game loaded on one, it could be recorded on the other. These were widely available via small ads in UK computer magazines.

I remember copying games on my ZX Spectrum 48k (one of clones). First, most games were already cracked (like "Cracked by Bill Gilbert"), so there usually were no copy protection. 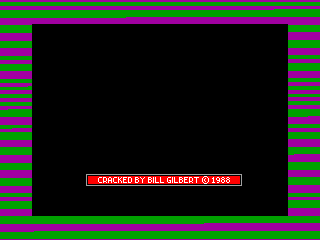 The copies were actually made with the help of tape copying programs. They would load blocks into memory and then, after the cassete changed, replay everything back.

I remember using TF-Copy, Copy 86M and Copy copy. Among others, Copy 86M was packing data online as it was loaded from the tape that sometimes allowed us to copy the whole game in a single pass.

Not the answer you're looking for? Browse other questions tagged cassette-tape 8-bit-microcomputers copy-protection or ask your own question.