What were the main uses of the large CRT and light pen on early PDP computers?

My first earliest experiences with "large" computers were an HP-2100 and a sigma-7, using a teletype and punch cards/line printer respectively.

I've stumbled upon an old image of a PDP-6 and PDP-6 here which had a large (16 inch) circular CRT monitor (and it seems a light pen as well).

Where these experimental devices or special graphics applications, or were these used to program and/or operate the computers routinely? If so, how?

below: from ultimate.com PDP-6 serials 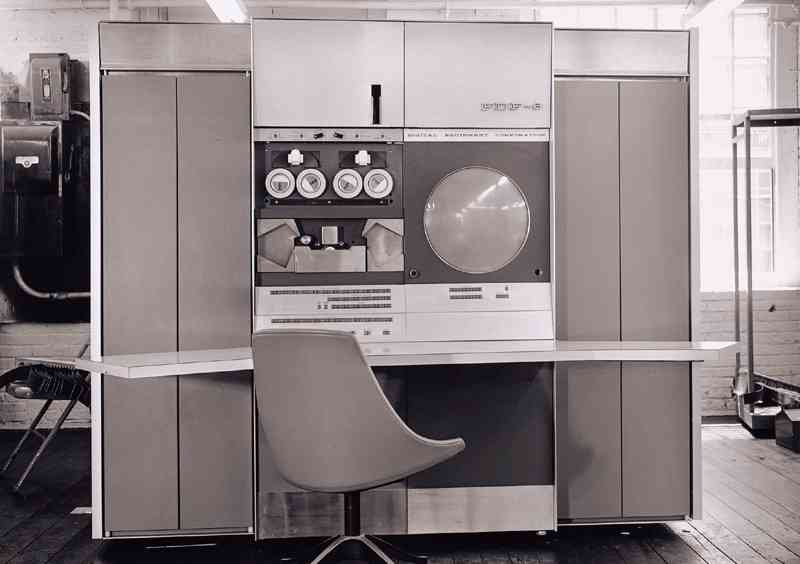 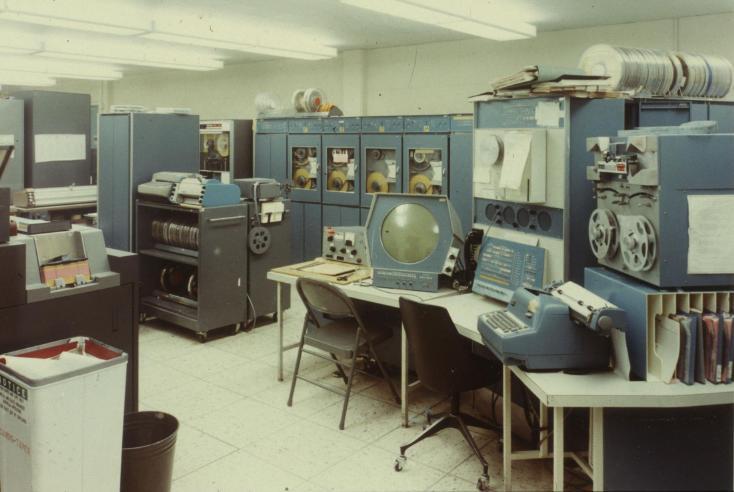 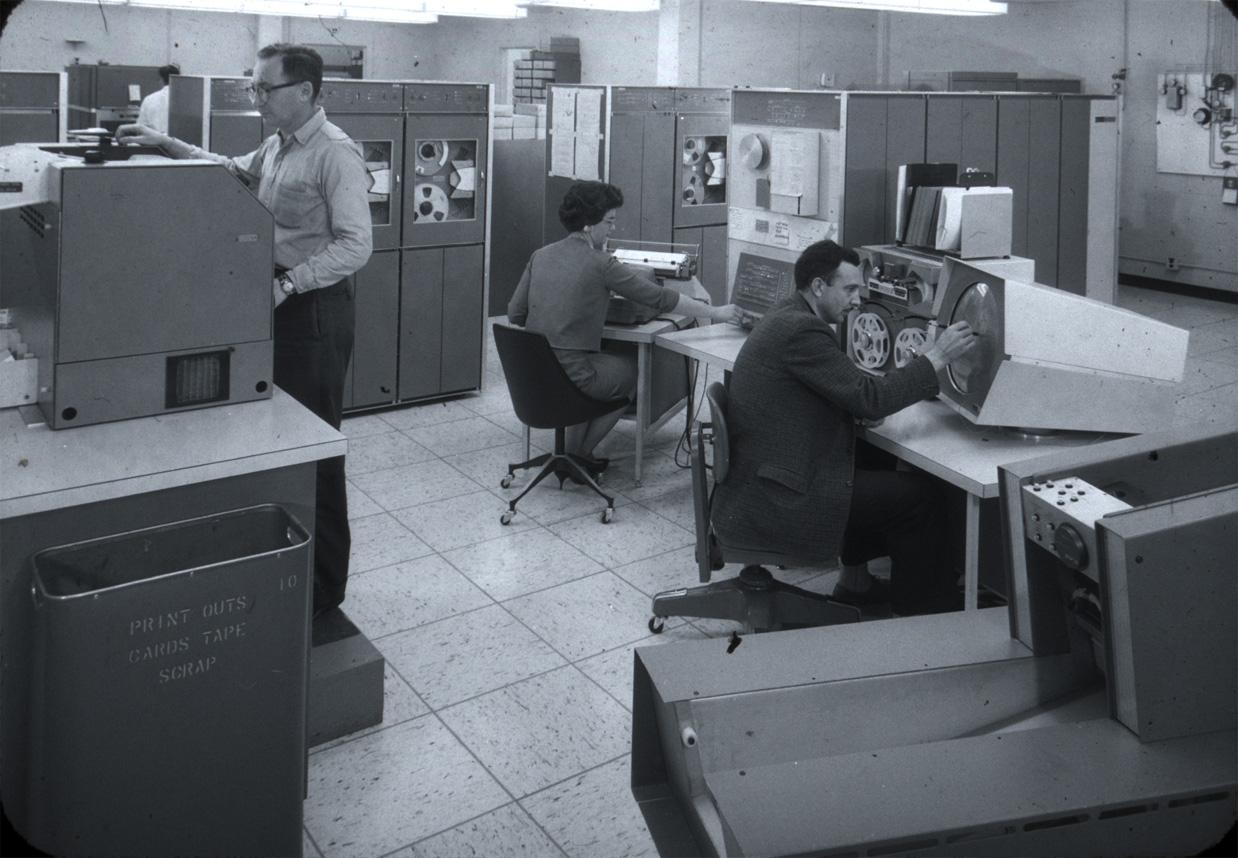 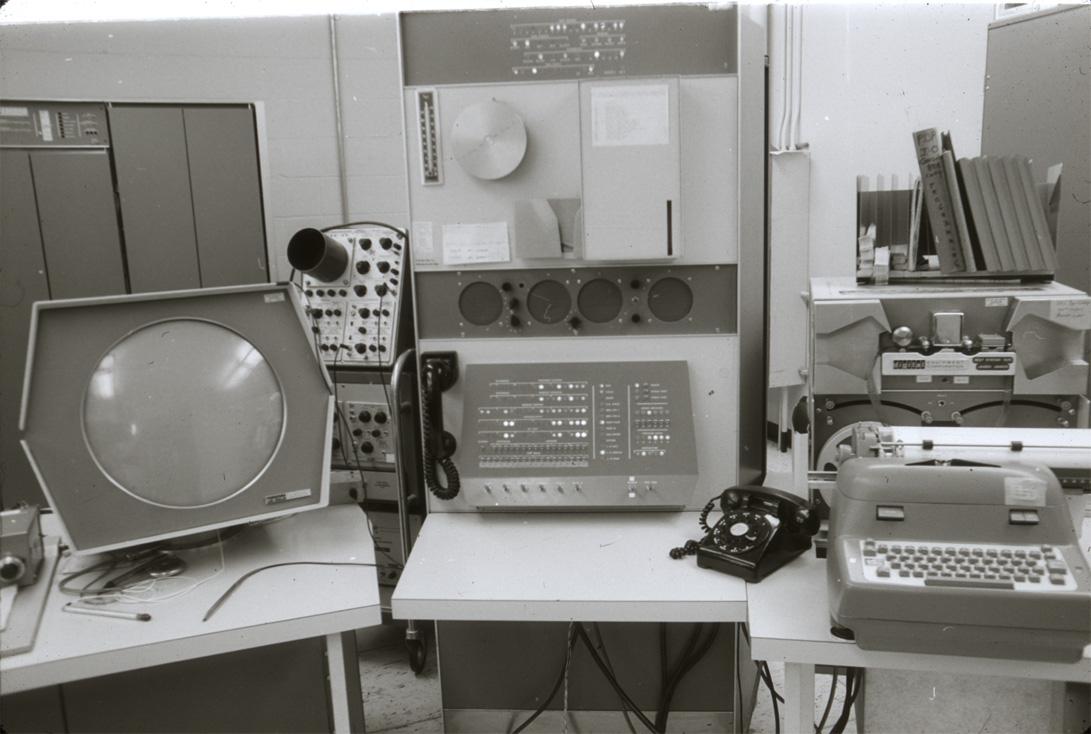 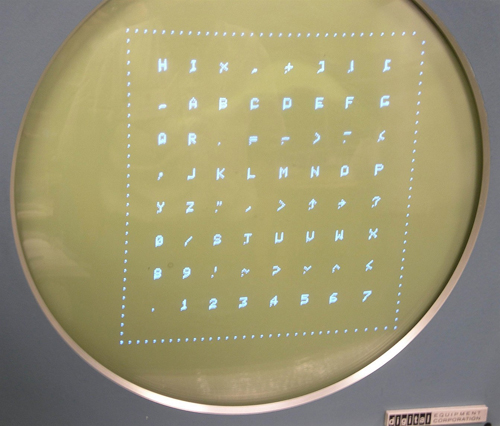 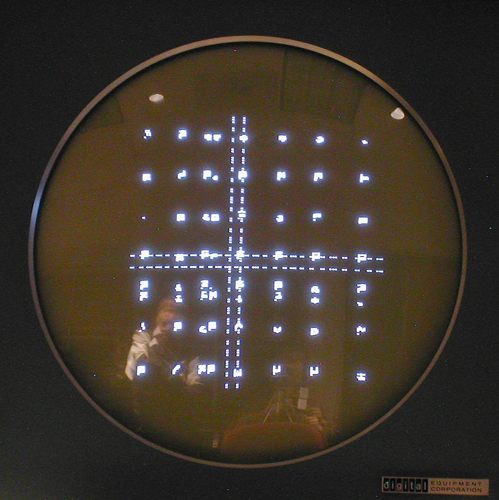 I got a job in the summer of 1965, programming a PDP-6 to put a model of a protein molecule on the display, as a stick figure. The molecule was 3D and the display was of course 2D, so I had to simulate depth. I used perspective, shading, and motion.

The idea of the display was to allow a human crystallographer to evaluate the actions of another computer program, to see if they seemed real. The other program, running on an IBM 7094, was bending and twisting the molecule so as to optimize something like bonding energy.

This was hard, and I only had a couple of computer courses and a little random hacking under my belt at the time. The hardest part was programming the modem that was networked to the IBM 7094. It took me all summer just to get something going.

Edit: There are a number of applications that used the CRT on either the PDP-1 or the PDP-6. These were all much more impressive than my efforts. A partial list follows:

SHRDLU. This is a program that could manipulate a virtual set of blocks using a virtual robotic arm. It acted on the blocks, based on natural language input from the user. The CRT was just to let the user see what SHRDLU was doing with the blocks. The main focus of SHRDLU wasn't the display. It was early exploration of natural language recognition.

Expensive Desk Calculator. This was a predecessor of VisiCalc, Lotus 1-2-3, Excel, or any of the electronic spreadsheets.

Expensive Typewriter. This was a predecessor of Word*Star, Word Perfect, Word, or any of the word processors.

Spacewar. My favorite, and already mentioned in another answer. Often used as a demo of the capabilities of the CRT. Predecessor of Space Invaders, Asteroids, or any of the video games.

Project PEPR. (Precision Encoding and Pattern Recognition) This was about automating the scanning and evaluation of millions of bubble chamber photographs. The CRT was used for, among other things, showing the user an image of the current photograph.

I don't know whether the Harmony Compiler belongs in this list or not. I'm not sure it used the CRT. But it sure used the speakers! This was a predecessor to the audio CD, MP3, and all that.

On the PDP1 at least they were used to play video games! Specifically SpaceWar, a predecessor to Asteroids (and every other top down game, really)

Where these experimental devices

No. They could be ordered as standard options.

That was the intention. They where more like plotters or printers.

In fact, DEC made good sales of them as 'graphics terminals' on mainframes. The mainframe did whatever calculations and the results were either transmitted as a set of coordinates toward the PDP to display them directly (playing dumb terminal), or more often, the 'standard' (read: paper) output of the mainframe was redirected to the PDP, interpreted there by a special-to-type program to display a related graph. The latter was quite handy, as it required only small modifications to the mainframe applications and left all graphic interpretation (programming) to the 'intelligent' terminal.

or were these used to program and/or operate the computers routinely?

There have been applications to use them that way, but otherwise not. Programming was still a job for punch tape and TTYs.

There was a system named Automatic Fingerprint Identification System that used PDP6, PDP8 and PDP11

I just ran across the YouTube video The Incredible Machine (1968) that shows the screen and light pen being used to do interactive circuit design and simulation.

Once again, this is an example of a specific interface application, rather than to "program and/or operate the computers routinely."

From the video's caption:

This system was designed to transform the graphics-based input into output to be fed into a IBM '7094' (200 Kflop/s). The entire thing was attached to a microfilm-based recorder - the Stromberg Carlson 'SC 4020', which took hours to read and record the data.

You asked "Where these experimental devices or special graphics applications, or were these used to program and/or operate the computers routinely?" I'm not sure this was answered directly?

The PDP-6 display is a Type 340, and the PDP-1 display is the similar Type 30. The latter is "point plotting", i.e. there is a PDP-1 instruction to send the X, Y coordinates to draw a point. Whereas with the Type 340, the PDP-6 will make a display list in mememory, from which the display will fetch instructions to draw points, lines, and characters by itself.

The Type 30 and Type 340 were not experimental. They were in the stock DEC product list. However the primary device used to operate the machines were teletypes, not CRT displays. In that sense, the graphics applications were a bit special and not part of routine operation.

I used to work for DEC. One of my customers had a GT40 that in conjunction with an 11/70 to make plots for radiation treatments.

Not the answer you're looking for? Browse other questions tagged input-devices or ask your own question.

4
What was the DEC Type 30 vector graphics display used for?