When and why did tape recorders acquire a "remote" input?

This entirely-typical-of-the-era (other than mysteriously missing its EAR socket) tape recorder from 1984 was the "standard" type of tape deck for home computer data storage in the UK.

They could be battery powered, had a large mono speaker and tinny inbuilt microphone, carry handle, and a volume control on the side along with sockets for earphone output, microphone input and "remote" input, where an external device could stop or start the tape.

When did this particular form factor and feature set evolve, and what did people use them for before their heyday as a home computer peripheral? 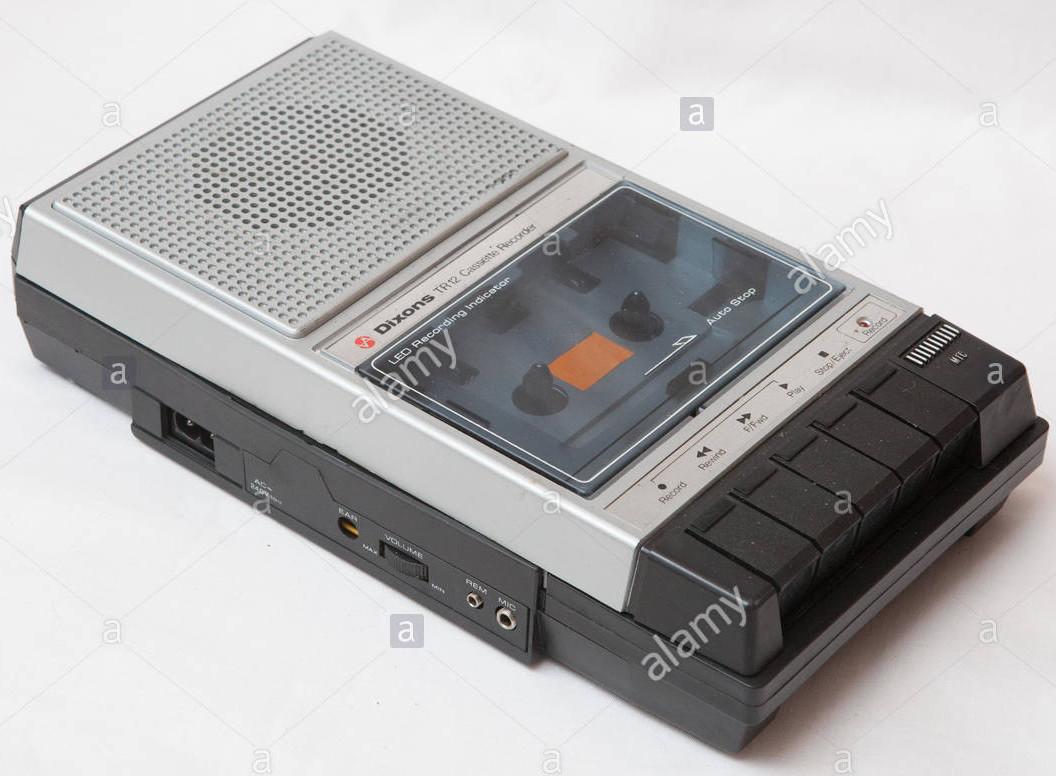 My father had a battery operated tape recorder bought in Singapore in the 1970s. Their appeal was that they were portable recording devices. A microphone with a long lead would plug into the mic and rem sockets. The microphone would have a switch on the side which could be used to pause the recording or playback of the tape. Journalists, academics etc would put the recorder in a bag and use the mic to start and stop the recording. Before this, the main home recording technology was reel to reel tape machines, which were very heavy and large because of the size of the reels.

Keep in mind that in that era, cassettes were positively rubbish for recording music, and nobody expectd them to succeed at that. For music you used reel-reel or an 8-track, which had reel-reel's 3-3/4" or even 7-1/2" tape speed. Cassettes were a paltry 1-7/8". They were for voice dictation and the like, where the remote makes a world of sense.

It wasn't until some time later that cassettes improved (with better media that could be saturated much harder, and technologies like Dolby B and HX) to make them bearable as music players.

Anyway, the remote was for dictation, but I recall there being first-gen PCs that made use of it.

22
How did "full memory" Spectrum tape copiers work?
4
Memac Obj files for running and making Tape Format
12
Why did the ZX Spectrum use edges for its tape storage routines?
24
Blue and yellow stripes on the screen when loading from tape on ZX Spectrum
15
Using a modern PC or other digital audio recording device as a cassette recorder replacement
7
What's the difference between Kansas City tape standard and CUTS?
8
How did the C64 interface tape drives?
4
Did BBC Micro and Electron games use custom tape loaders?
5
Length of leader block in Coco and Dragon cassette tape header and .cas tape image file format
24
What did it sound like when you played the cassette tape with programs on it?