The Commodore 116 was the start of the ill-fated TED line of 8-bit computers, which sold poorly (for several reasons, particularly including lack of compatibility with the Commodore 64) until they were canceled and inventory dumped at a loss.

Bil Herd, an engineer who worked on the machines, gives an excellent explanation that the 116 was supposed to be an extremely cheap computer that would've sold well at the target price of $49, before it drifted into a higher cost bracket for which it lacked necessary features: https://www.youtube.com/watch?v=xPD5N43VIsk

That's a really huge price difference compared to the 64, which sold for several times that in the early eighties, and even later in the mid-to-late eighties was selling for $149, and considered to be a particularly cheap computer.

How exactly did the 116 get to be so much cheaper? There are some cost savings, granted:

But even these do not jump out at me as adding up to a severalfold difference in total cost, particularly when looking at this estimated bill of materials for the 64 (from Wiki)

Chiclet keyboard. (But the full travel keyboard had been considered cheap enough for the Vic-20.)

That was not only at a different price level, but also a different time. After the ZX80 (and ZX81) was introduced, the US home computer industry was in shock.

And Sinclair machines made huge inroads in Europe (*2), especially in England (*3).

Project Fear for US manufacturers.

All tried to come up with something to compete. Tandy who had introduced the already price-sensitive designed Color Computer at a quite competitive (with the C64) 399 USD, went ahead and created the MC-10 to go even lower and managed to offer it at 120 USD - a ZX Spectrum alike machine at a ZX81 price (*4). Commodore's bet was the 116. Their goal was, like with Tandy, not just cost cutting, but cost cutting to the absolute bottom. Going on par with or below Sinclair's offer.

US companies as well tried to jump the train - like Mattel's Aquarius or Spectravideo's SV-318 (as a low price variant of the SV-328). In many ways this race to the bottom (price-wise) was what initiated the home computer wars. A large number of companies competing over a not as much growing market ... and Commodore as a Behemoth smashing everyone else.

particularly when looking at the estimated bill of materials for the 64 So how was the 116 so much cheaper?

Well, taking the Wiki list makes it rather obvious:

(Price for the CIA is an assumption of 3 USD per chip, somewhat half way between the CPU and the SID/VIC mark. Price for the rubber keyboard is set at half the C64, but might be dramatically lower. Similar for the power supply, but as this point includes cables, let's go with half.)

How much reduced it is shows a comparison between the C64 and C16 boards:

This prototype board is the same size as the C64 and gives a good impression how much fewer parts the C16 uses. It also shows an attempt to go for a single sided PCB to save even more.

For production they did go double sided again, but with a reduced board size to save cost due to size and the missing need for wires. 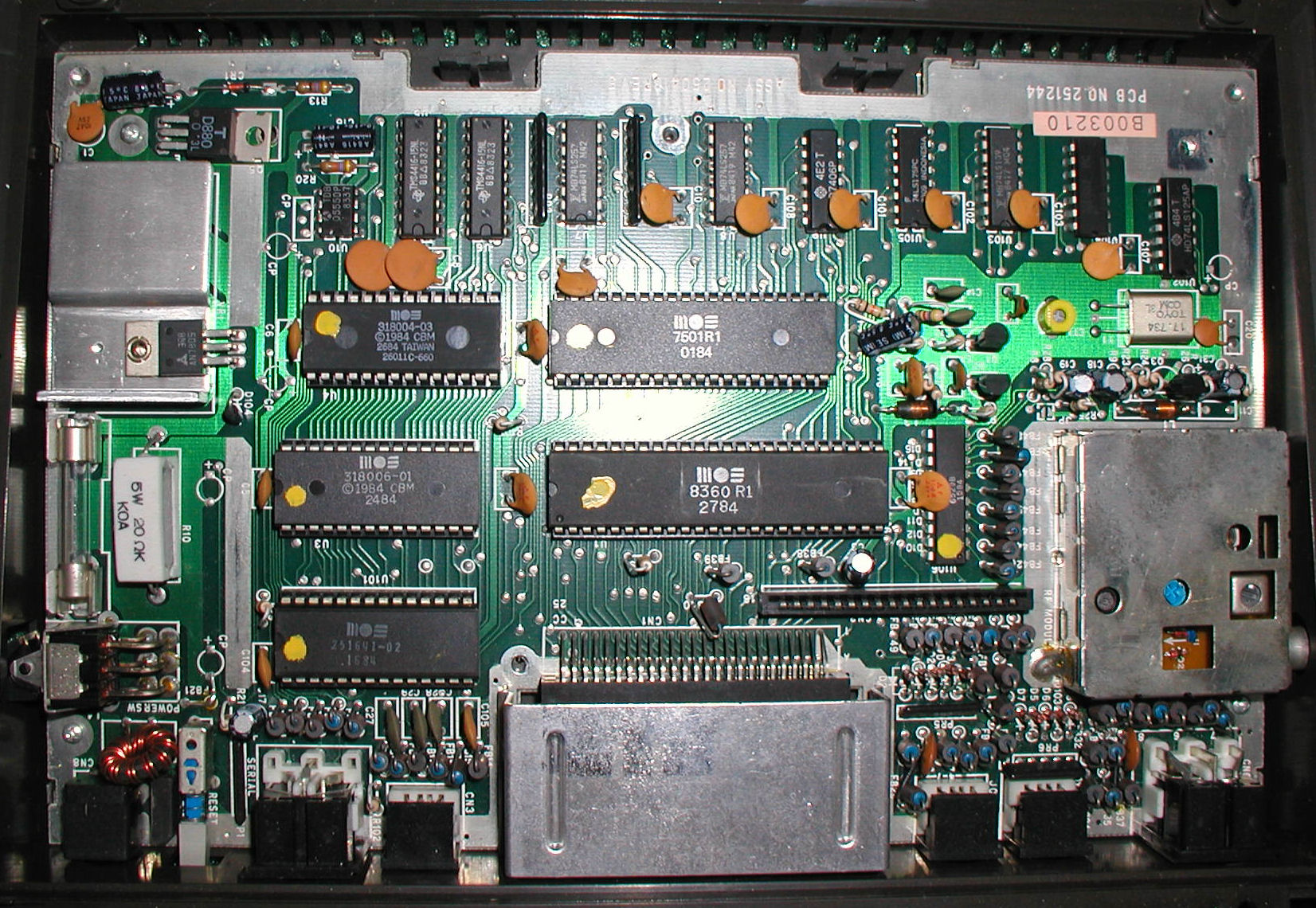 The C116 board was again more tightly packed to fit the smaller case (and save even more).

*2 - Well, US manufacturers did help a bit by selling their machines in Europe with an even higher margin - for example in Germany the C64 was introduced in 1983 at 1500 Mark - that's about 600 USD - at a time when the US sales price was already below 400 USD.

*3 - Which in turn always got more coverage than other European countries - so it may have seemed even more frightening.

*4 - Its real drawback, which eventually killed it, was a missing compatibility with the CoCo. To cut the price as low as possible the (relatively) expensive 6809 was replaced by a 6803 with built-in ports. Bad decision.

I also think the price difference is against the original C64, which wasn't as highly integrated.

Not the answer you're looking for? Browse other questions tagged commodore-64 commodore cost ted or ask your own question.

8
Selling computers via dealers and the mass market
4
Manufacturing cost breakdown for a 16-bit computer
6
Component cost in historical ads versus wholesale
8
How to spin up 1541 drive without C64
2
Cost of a chiclet keyboard
4
How much did a serial terminal cost?
7
What was the Macintosh's BOM cost?
10
How did the Sinclair compare on price with the C64 in the UK?
1
Why was the SWTPC 6800 Computer System cheaper than the Altair?
2
Bill-of-material cost of early hard drives