A few weeks earlier I have purchased an "as is" but working model 100 laptop. I've fixed some of the issues by soldering new capacitors for the screen, but the lines are still there. Would buying a lcd screen for TRS-80 model 102 work for the model 100?

I fetched the Radio Shack Service Manual for the Model 100 (26-3801/3802) and the Tandy 102 Technical Reference Manual (26-252) and both discuss the LCD display timing details along with a driver schematic for each.

(All images snipped from PDF copies of the manuals listed above, both of which I grabbed from Club 100.) 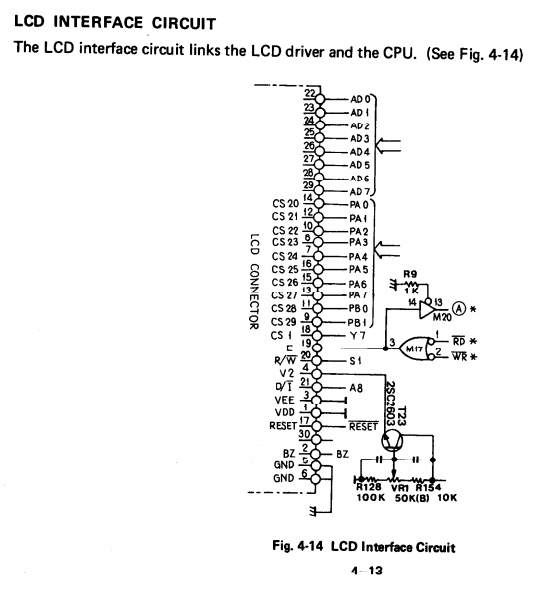 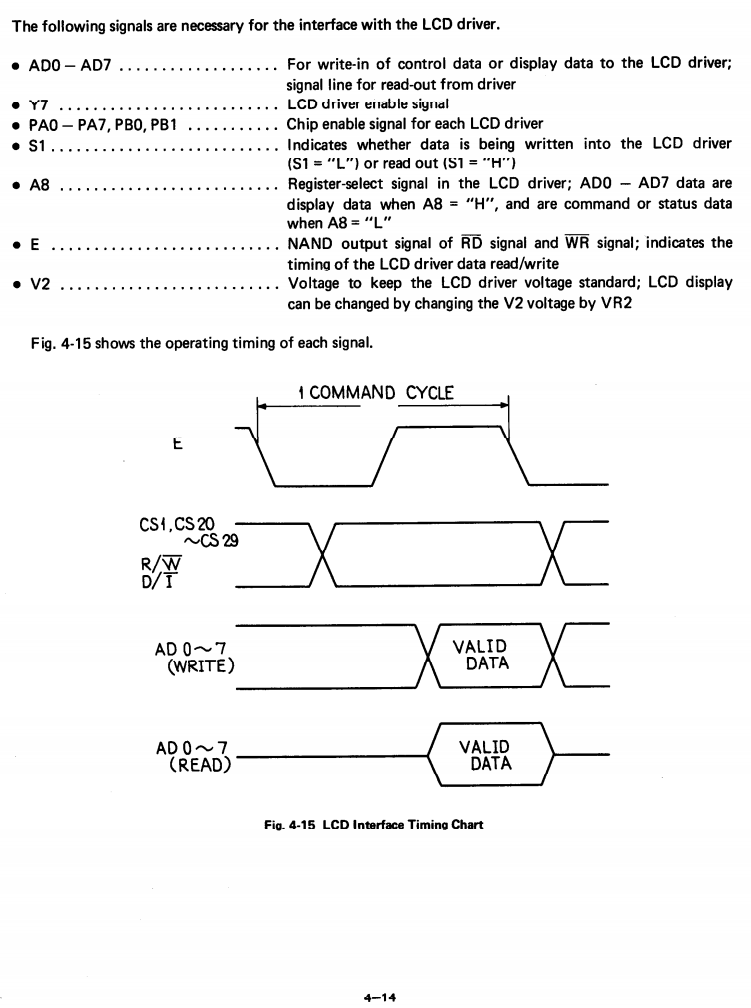 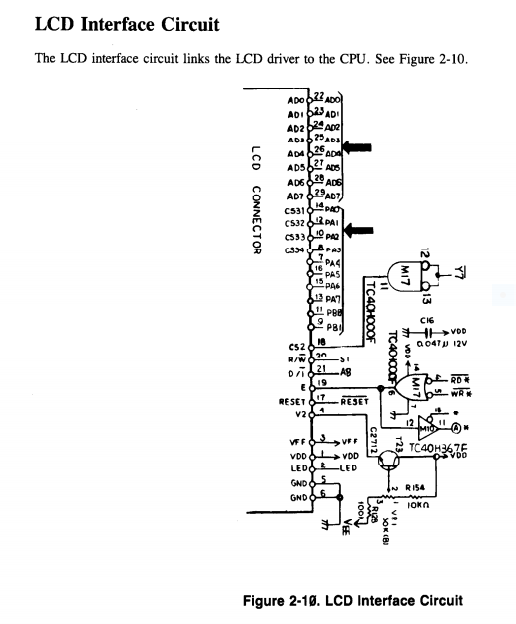 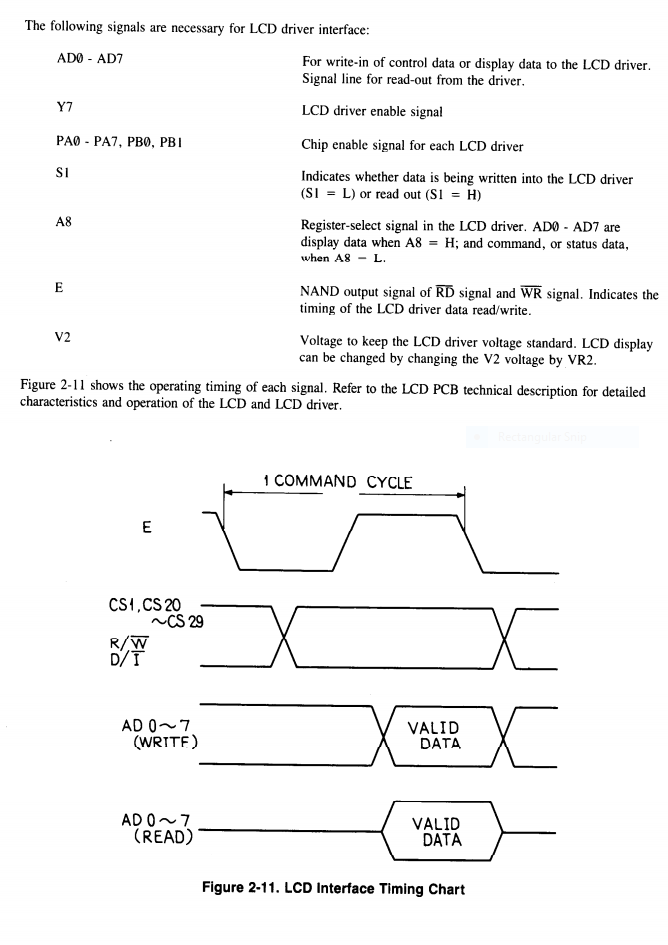 In general, the LCD connector pin-outs look the same, as do the timing and signal descriptions. There are a few differences in how those pins are driven by the discrete components, but this might just be an artefact of how the schematics were drawn.

They look very similar, electronically, and appear to be pin-compatible. I'd want to stare hard at the driver circuitry details to make sure I understood the differences.

I think the differences in the driver circuits are not significant:

Maybe someone else here could tell us if any of that raises some red flags.

If you want to use a 102 display in a 100, you've got an annoying task ahead - While User12's answer shows that they are electrically the same, the connector is very different. The Model 100 has a 2 row connector with (I believe) .100 pin spacing. Similar to what you'd see on an old IDE drive.

The 102 has a flat ribbon that pushes into a connector on the PCB. I believe these are called 'Flat Flexible Cables'.

So, assuming that the LCD modules are electrically the same, to use a 102 module in a 100 means you have to hand wire one end of the connection. This is by no means undoable, it's just going to be annoying.

Not the answer you're looking for? Browse other questions tagged trs-80-model-100 or ask your own question.