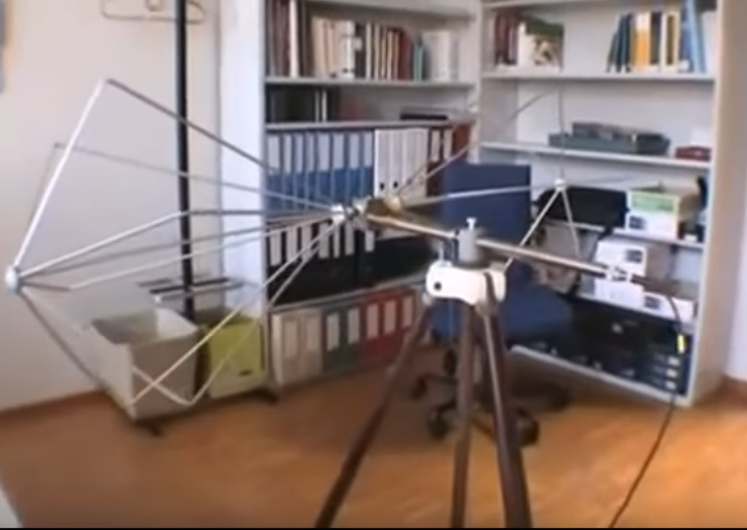 The term you are looking for is van Eck phreaking - the use of electromagnetic radiation produced by computing equipment. To spy on the display, you receive and demodulate the radiation from CRT monitors, produced by repeating electron beam pulses.

It was perhaps easier to eavesdrop on (UHF) radiation from the computer modulator in the gold era of 8-bit computers connected to a stock TV [1], but that would have been less useful in practice - professional users (where you expect to gain most from the espionage) tended to have professional monitors, not using UHF TV sets and modulators.

To answer you third question, good shielding goes a long way - see TEMPEST for a NSA specification. Physically, a simple Faraday cage is already an improvement.

[1] I successfully received UHF signal transmitted from an 8-bit computer with a "leaky cable" connection (coax disconnected from the TV) inside living room on broadband UHF antenna placed on the roof of the house.

Computer displays, and the cables that feed them, emit electromagnetic radiation (radio- and TV-frequency radio signals). With a directional antenna and a sensitive receiver, these can be picked up, and used to drive an eavesdropping display.

This is known as TEMPEST or Van Eck Phreaking.

Countermeasures include physical shielding (tinfoil is actually practical here), and specially designed fonts can make the signals much harder to read.

Every electric signal produces an electromagnetic field - aka radio transmission - changing in the same way the signal does. An AM radio near any (old) computer will have a good choice to catch some of it's workings as 'noise'. Of course most radiations as way to broad easy easy detection, but a CRT signal is cyclic and this cycle is high enough to work as it's own carrier - and at the same time delivering the fine print for decoding.

The problems are still the same with modern displays - except the energy is lower and frequency higher, the later even more reducing the distance it can be detected. So an Apple II is way less problematic to capture than a 4k display. A fact even noticeable in demonstrations back then - usually some TV like lower resolution screen was used, than an 80 column or highres display.

It's a bit unclear what you're asking, isn't it. As usual, anything a setup emits can be detected and used for reconstruction of the signal. The most prominent way here would be the visible picture itself, like in peeking thru a window onto a screen :))

Don't laugh, but it was (and is) used quite a lot. It doesn't need super high tech to spy - a good pair of glasses can do it as well :)

Based thereon, it works as well if the screen is not visible from the outside. For example via reflections by walls. Unlike assumed by humans when viewing a screen, it isn't static, but drawn over and over again. Exactly like the signal is delivered. So targeting the window with a sensible photometer and amplifying the fluctuation will as well enable a reconstruction of the signal shown.

In fact, with CRTs it's not even necessary to have a window, as they as well emit the picture in x-ray band. So at least with paper thin walls and a detector pointed at the screen front it can be captured from a windowless room.

The thread is still there, especially since detection now can uses digital signal processing to filter even better from even fainter signals. It got somewhat reduced due higher resolutions, high frequency transmissions and the use of low intensity displays like LCD.

Counter measures are the same as for all radio and light emissions. shielding for computers, cables and screens (and rooms), no direct sight and no windows will reduce the risk to almost zero - in addition, having several similar devices (screens, computers) in close distance (same room) will scramble up the signal to an almost undetectable smudge.

Not the answer you're looking for? Browse other questions tagged hardware crt-monitor security or ask your own question.

9
Price of early color monitor versus TV
3
How exactly do all control signals in 6502 work?
15
Did any computer allow overscan on a CRT monitor?
7
Questions about Security over Using an Ancient Mac Computer on The Internet
3
CRT Mitsubishi Diamond Pro 1000 black screen: flashes BIOS logo during boot, but otherwise black