There was a time when floppy disk drives were big, expensive devices that in many cases, instead of being components of a computer, would be separate machines connected by a cable, in some cases with their own CPU. A well-known example was the Commodore 1541, which had a similar CPU to the Commodore 64.

I personally only ever had one external drive, but when you look at photographs of setups with two drives (very desirable if you could afford it), they are always side-by-side, taking up an awful lot of desk space. Even the CBM 4040 dual drive, places the drives side-by-side in a single very wide case.

It seems to me that since disk drives are fundamentally horizontal devices that want to be wide rather than tall, the obvious solution would be to stack them vertically. Maybe this would result in each drive picking up heat and vibration from the other one, but if this was tolerable when they were stacked vertically in a PC tower case, why not for external drives?

Were external disk drives ever stacked vertically? If not, why not?

It seems to me that since disk drives are fundamentally horizontal devices that want to be wide rather than tall,

To me they are taller than wide. After all, that's as well the orientation IBM did put the very first drive, so anything else is plain wrong, isn't it :))

the obvious solution would be to stack them vertically.

That's pure opinion and up to the designer how he imagines a drive to look best or fit best. The drives itself work in any orientation with any angle equally well.

As said before, they are not, they work in any orientation. At least as long as we talk about the technology. If at all, any orientation can come from ball bearing involved. Except, for simple low speed application next to any standard bearing will offer the needed support strength - if that drive has one at all.

It has been used in any combination you may think of. 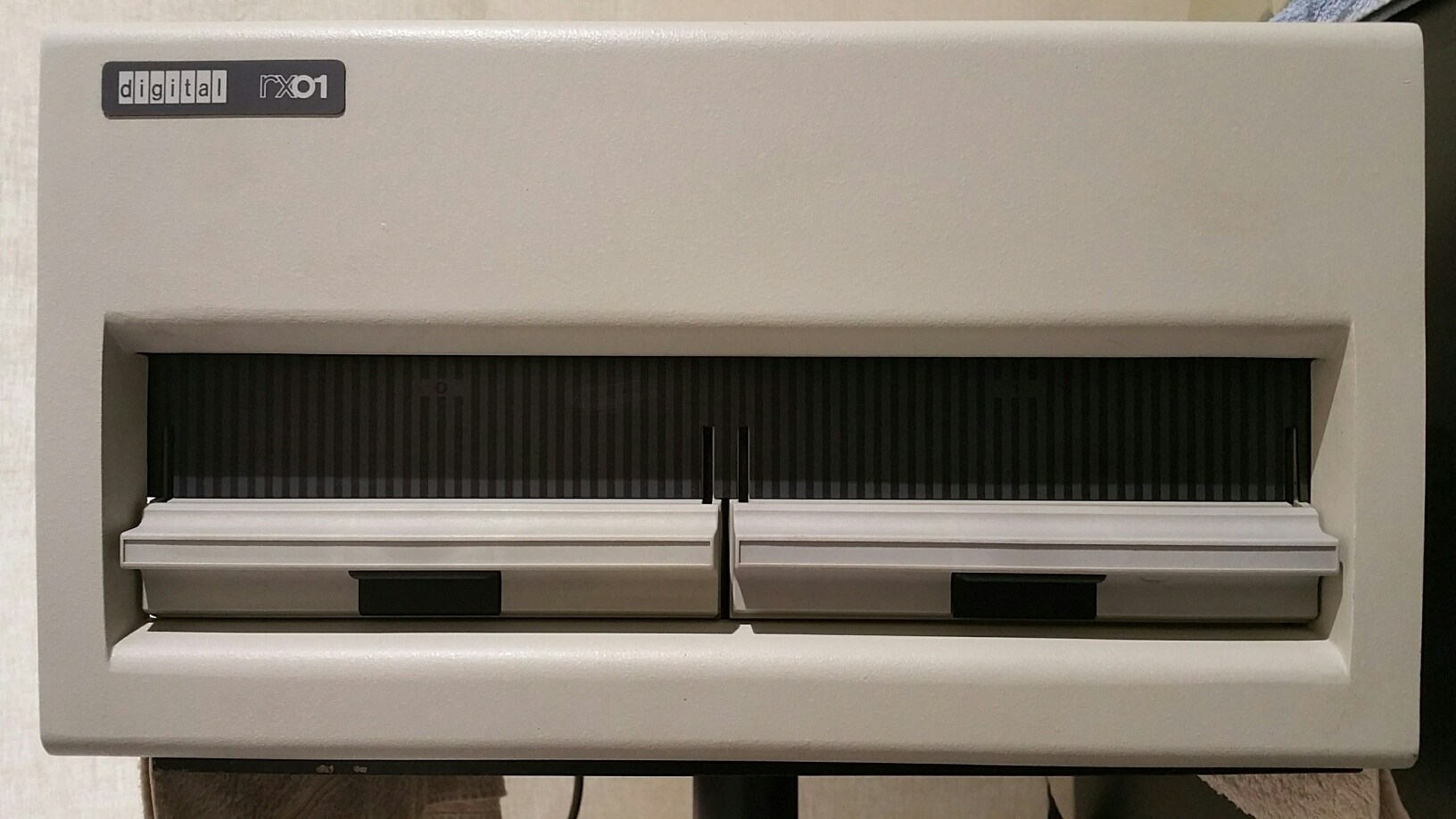 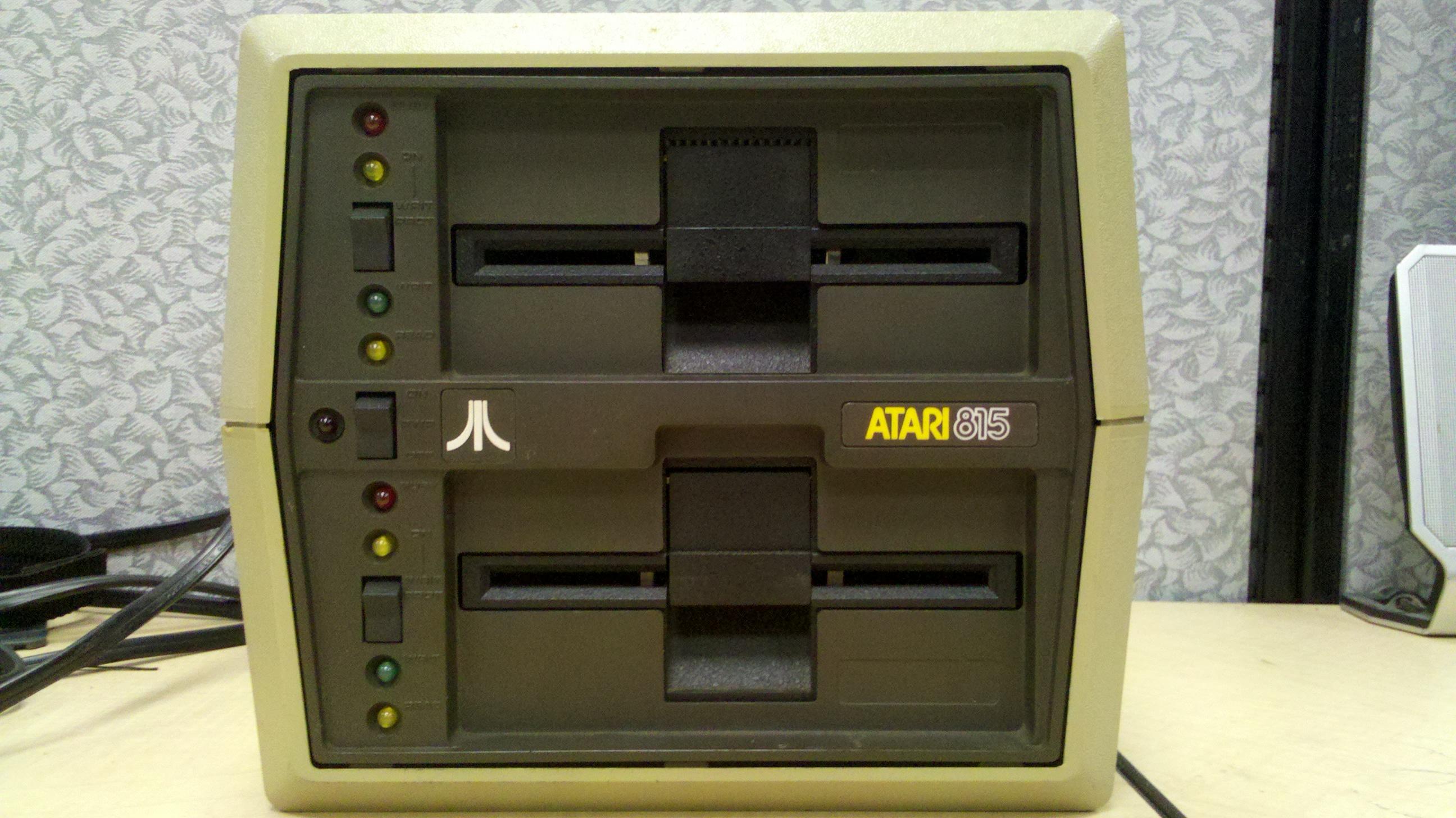 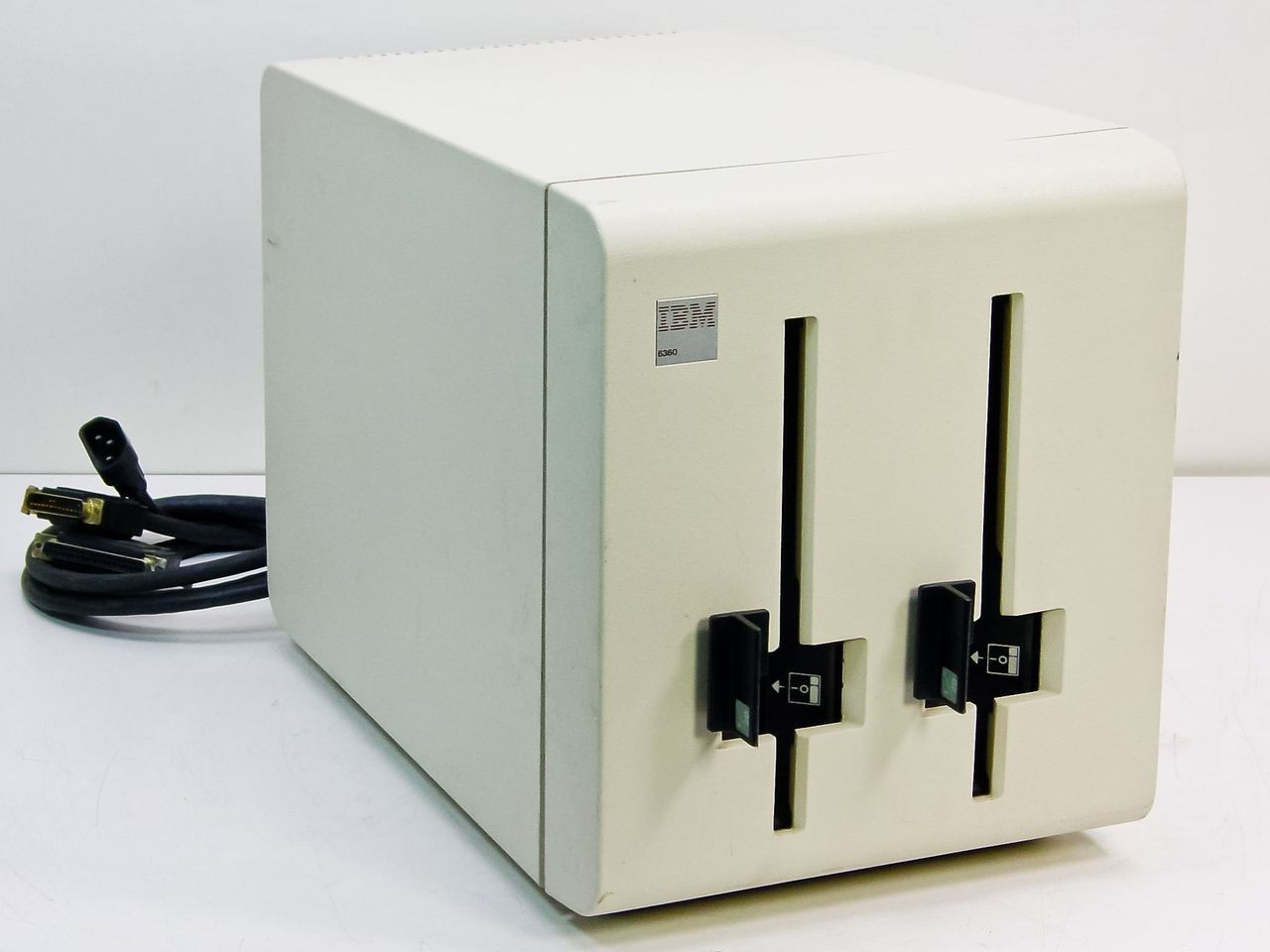 (Still looking for the right picture) 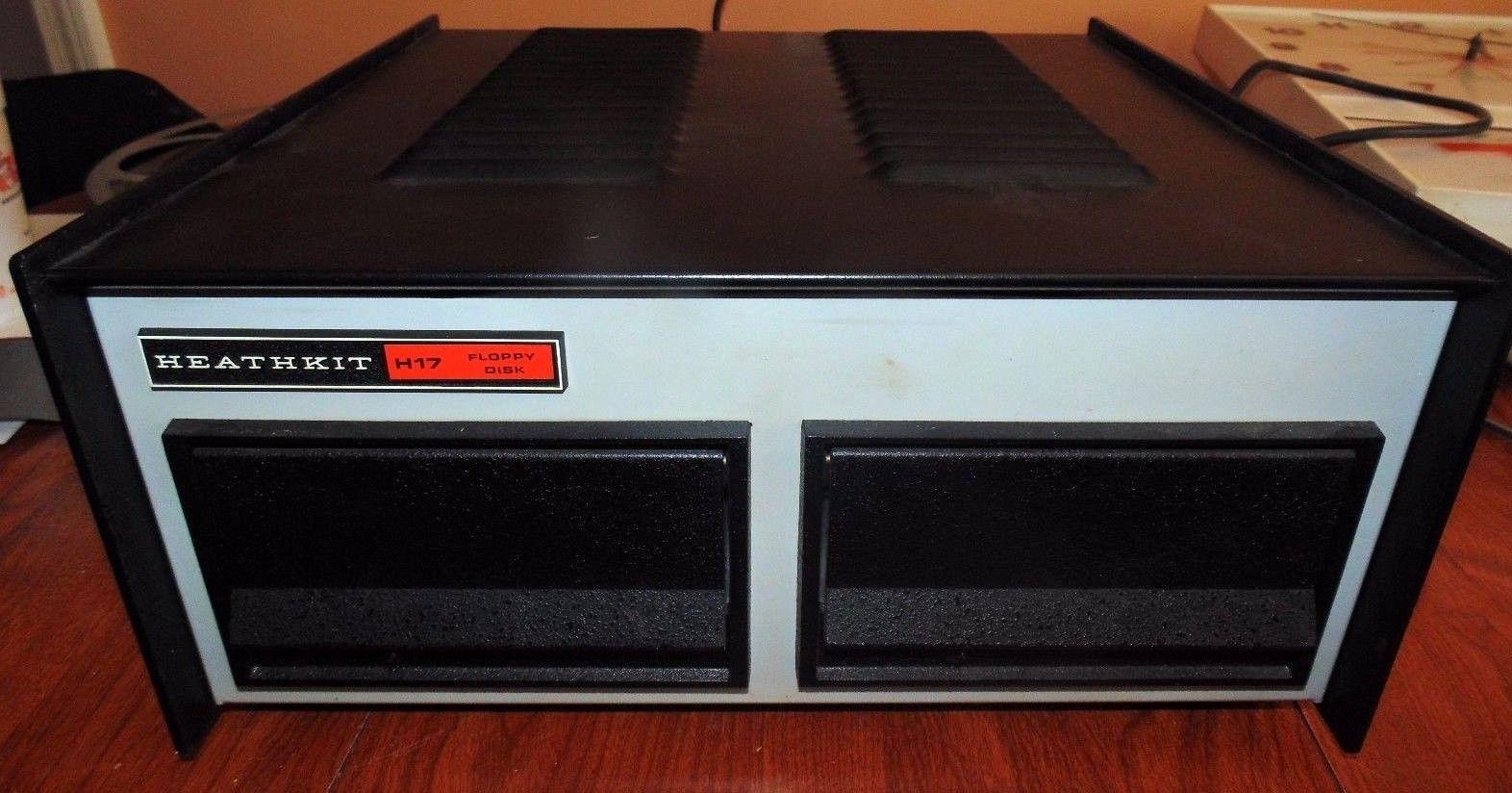 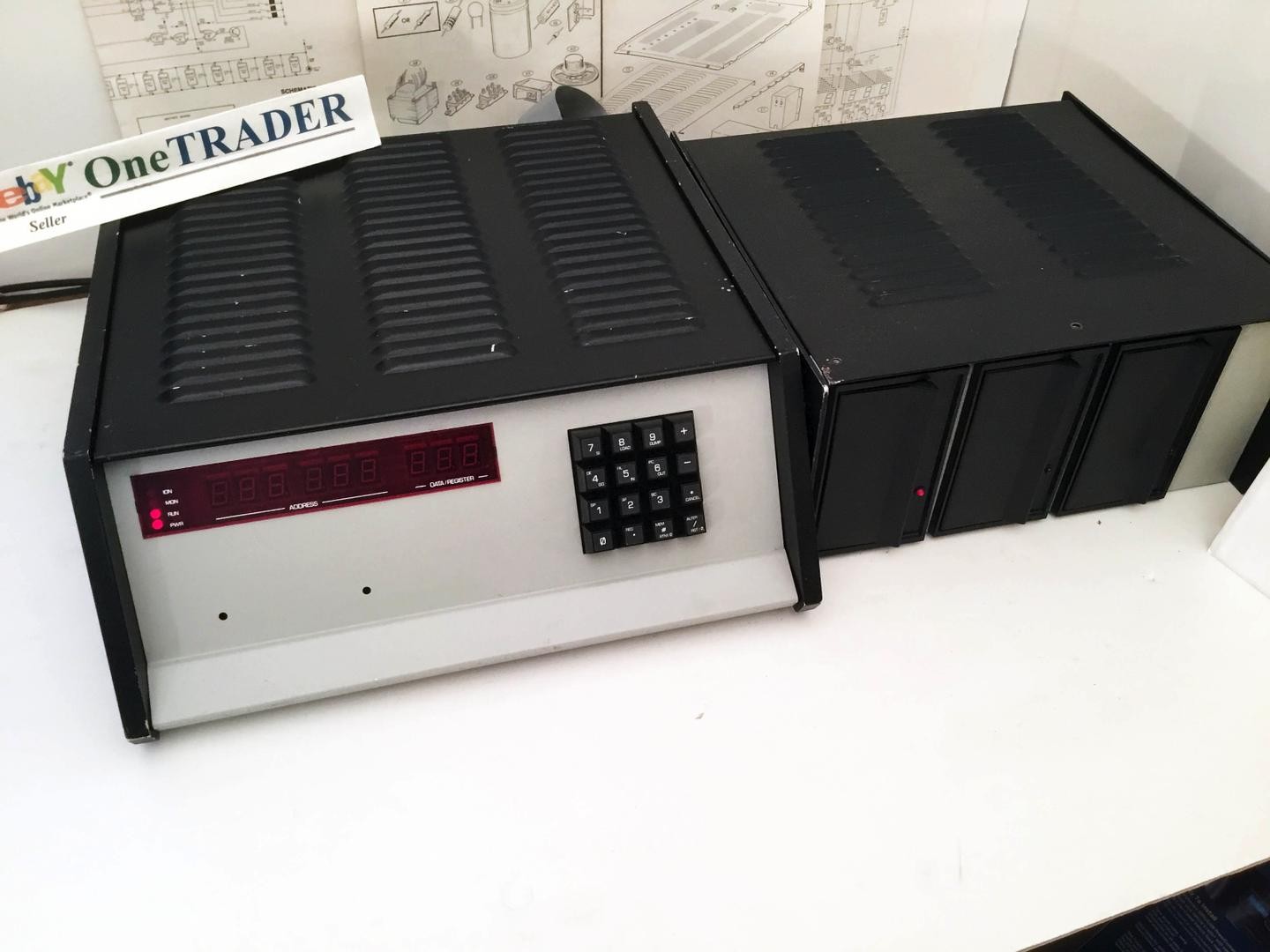 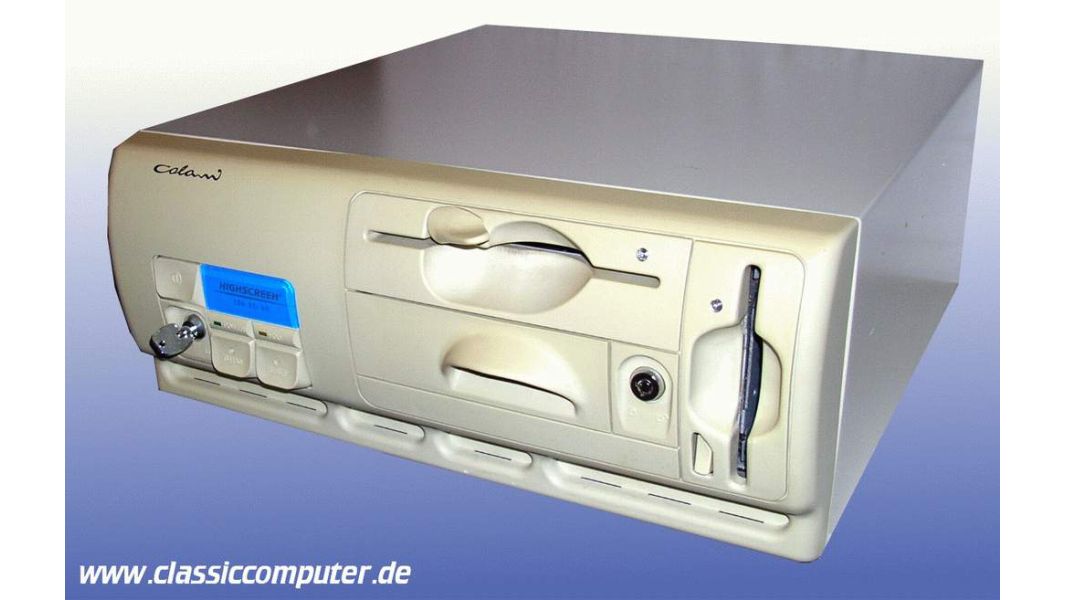 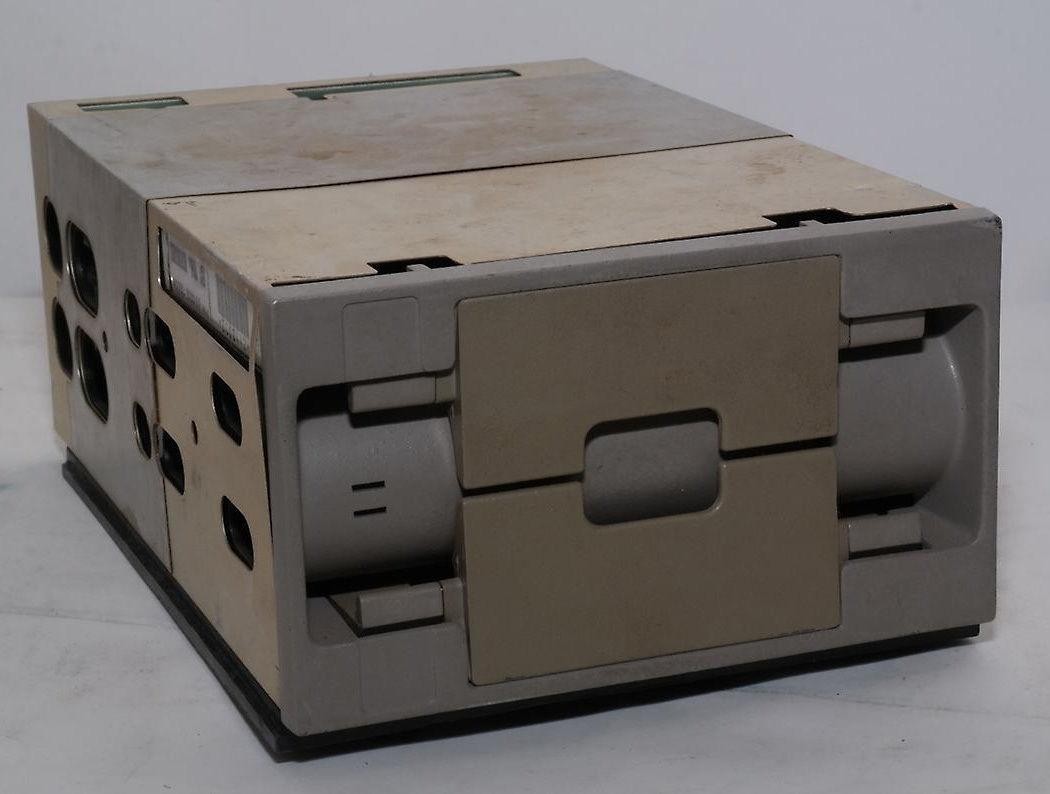 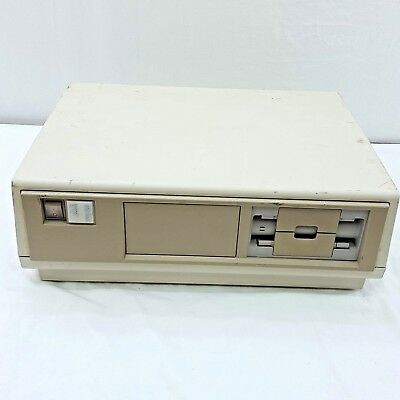 Yes; this was standard procedure for at least the BBC Micro: 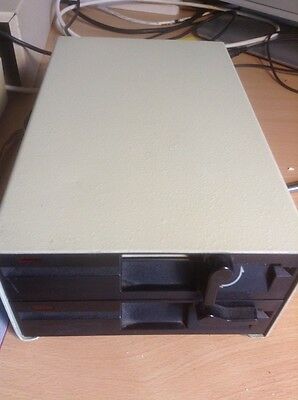 Including for third-party drives: 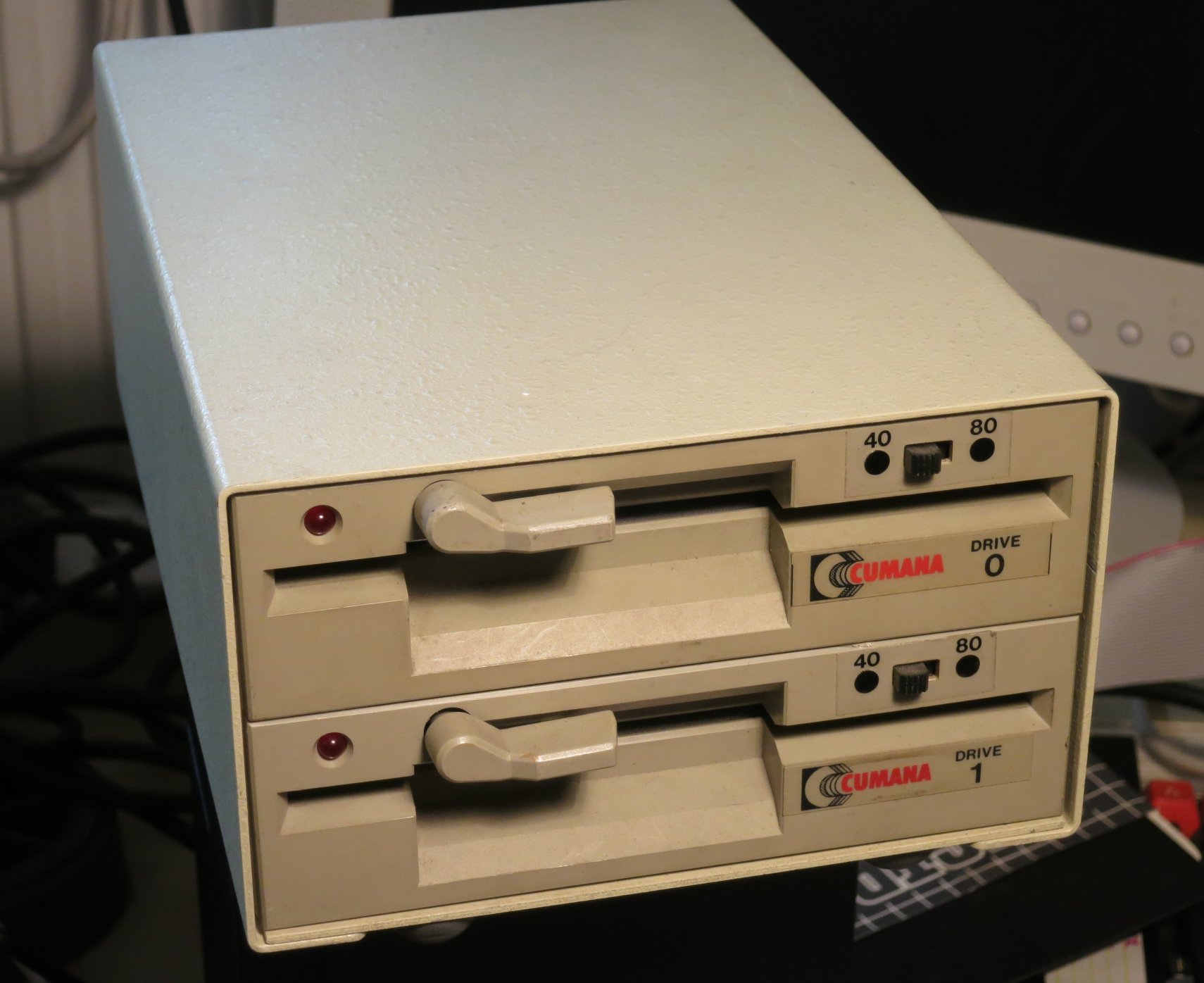 Presumably because two drives arranged that way were only just taller than the machine itself: 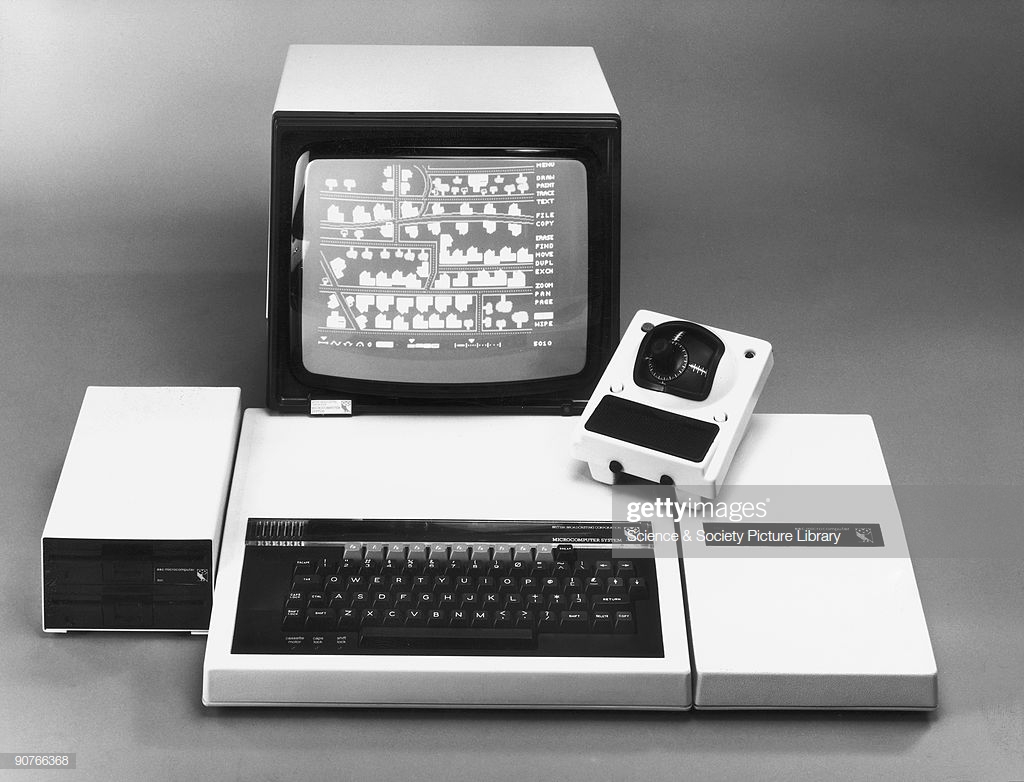 Other than that, I don't see a technical reason why you wouldn't want to stack drives on top of the others. The frames of 5 1/4 drives are mostly aluminium castings, so stable enough to stack, and heat really shouldn't be a problem with floppy drives.

German Wikipedia seems to know how to stack Commodore 4040 drives as well. You simply need to have enough of them ;)

One configuration I think Raffzahn missed so far was two independent drives stacked on top of each other. That was the recommended method for multiple Amstrad 3" drives: 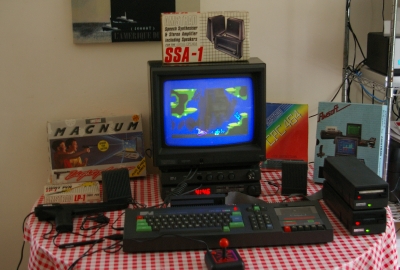 In the TRS-80 Model I and Model II ecosystems, floppy drives normally had the disk oriented vertically. This made the drives "tall rather than wide", and placing multiple drives side-by-side worked well. 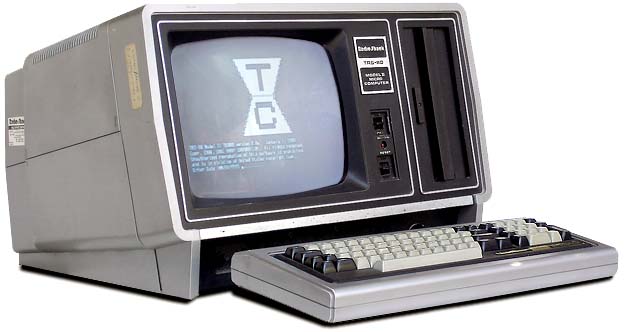 In the Model III, two horizontal drives were stacked vertically in the main housing, to the right of the CRT (and above the numeric keypad). 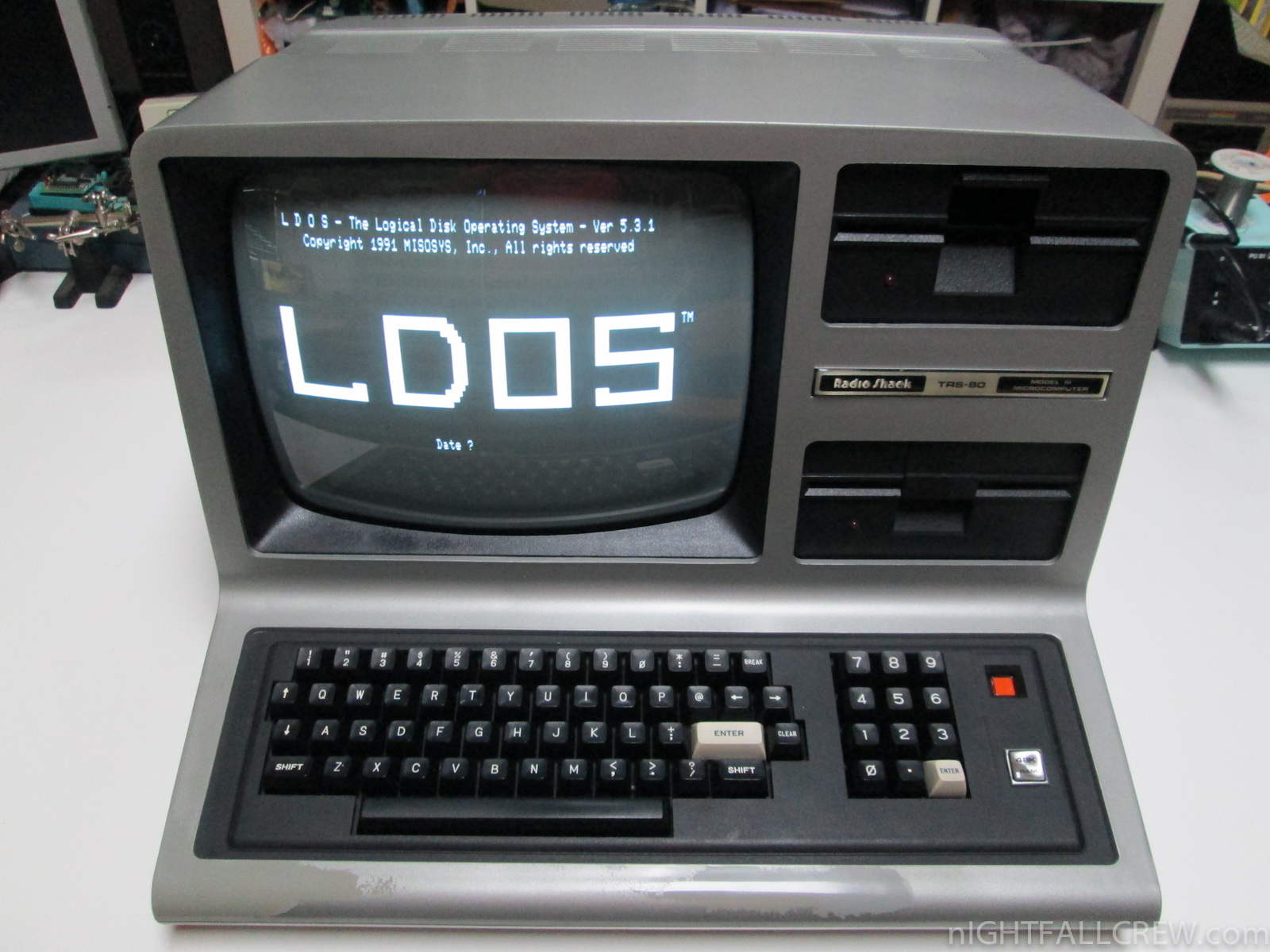 Here's an Amstrad PCW8512, which featured two 3" hard-shelled floppy drives, both vertically oriented and vertically stacked, built into the side of the monitor. A very space-saving design. 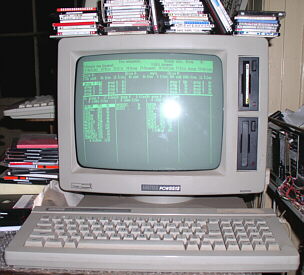 Yes, of course external disk drives were often stacked. The LaCie 'Joule' external disk tower was a vertical stack/rack for drive modules,depicted here and many external disk cases were given interlocking features (feet or molded plastic shapes that would keep a stacked unit from sliding off).

Not the answer you're looking for? Browse other questions tagged hardware floppy-disk disk-drive or ask your own question.

15
Where can I find an external 8-inch floppy disk drive?
12
Only “Drive A:” detected with two floppy disk drives
22
Why did the Atari 8-bit computers make beeping noises while accessing the disk and cassette drives?
27
Why did so many early microcomputers use the MOS 6502 and variants?
46
Why were floppy drives not any faster?
8
Disk drive long storage, with or without disk inside?
9
Were external floppy drives for Atari ST and Amiga inter-compatible?
31
Why do hard drives not use larger platter sizes anymore?
16
What is the danger involved in trying to write already closed file with Commodore 1541 disk drive?
1
Wider tower cases