Were there any commercially available graphical interfaces before the apple Lisa?

I just finished the Steve Jobs biography and I thought...

This is just out of interest but I'll be really interested to know!

It looks as though the Three River PERQ was the first commercial machine, as per @MrTelly's answer.

I hate to quote Wikipedia as a source of truth, but I had a feeling that a Xerox product would take the claim, and it looks as though I was right.

The Xeros PARC (Palo Alto Research Center) is famously known as being the birthplace of bitmap displays and windowing GUIs, I just wasn't sure if it was commercialised before I looked it up.

No the LISA wasn't the first. I used a Three River PERQ in 1988 for an early AI project/disseration. I acquired it for zero cost as it was obsolete, and I reckon some of it was at least 5 years old as I had to build one working machine from three donors. WikiPedia says it launched in the late 1970s. From memory the original price was GBP27,000 and the single user system was used for CAD and Chemical Engineering. I'd also expect a lot of these systems to turn up in the military, as that was one of ICL's main customers.

It had a reasonable GUI and a track pad with a pen/mouse, and a beautiful crisp paper white monitor which was setup in A4 portrait mode. Also weirdly the OS was Pascal based.

I assumed this was one of many small manufacturers attempts at getting a commercial WIMP machine into the market?

An early (1964) commercial graphical interface was IBM's 2250 Display Unit, based on its experience with SAGE. This CRT had a 1K x 1K display that could be used for drawings, tables, or text. Interaction was through a keyboard or light pen. Users could perform image operations such as draw, erase, move, rescale, and restructure. (Source: IBM's 360 and Early 370 Systems, page 602, which I was coincidentally just reading.)

The IBM system was considerably different from a modern mouse-based GUI, which may be what the original question is really looking for. In that case, the Xerox Alto (1973) would probably be the first widely-used GUI system (but not sold commercially) and the Xerox Star (1981) the first commercially-available system.

It depends on exactly what you mean. The Physics department I did my MSc at was using a graphics terminal years before the Lisa came out. The terminal was a Tektronix (might have been a 4010) attached to a PDP-11. (OK, it might have been a KJV8I; I remember it as a Tex because that's what it looked like.) There were LOTS of these things around. The screen could display text or vector graphics (not raster graphics), and there was a light pen, so you could point and select. See https://en.wikipedia.org/wiki/Tektronix_4010

Don't forget all the 8-bit machines that preceded the Lisa, including the Apple 2.

Clearly, it depends a lot on how you define "graphical interface". I recall seeing a lunar landing game being played on the console of a Cyber-170 sometime in the 70s. They were vector graphics terminals and had no graphical input. There are similar consoles on the CDC 6600 which was first delivered in 1965. The lunar lander game also worked on the CDC-6000 (See Bruce B.'s comment here.) This might explain the long turn-around times. 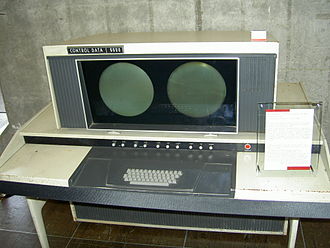 The consoles were made by Data Display Inc., which CDC bought in 1965. They sold terminals starting in 1961. The terminal and computer were sold separately, and it might have taken some work to hook them up, as described here.. So in 1961 or so, for less than $3 million (USD) you could buy an IBM 709 and a Data Display terminal for it, to make a nice graphics computer. 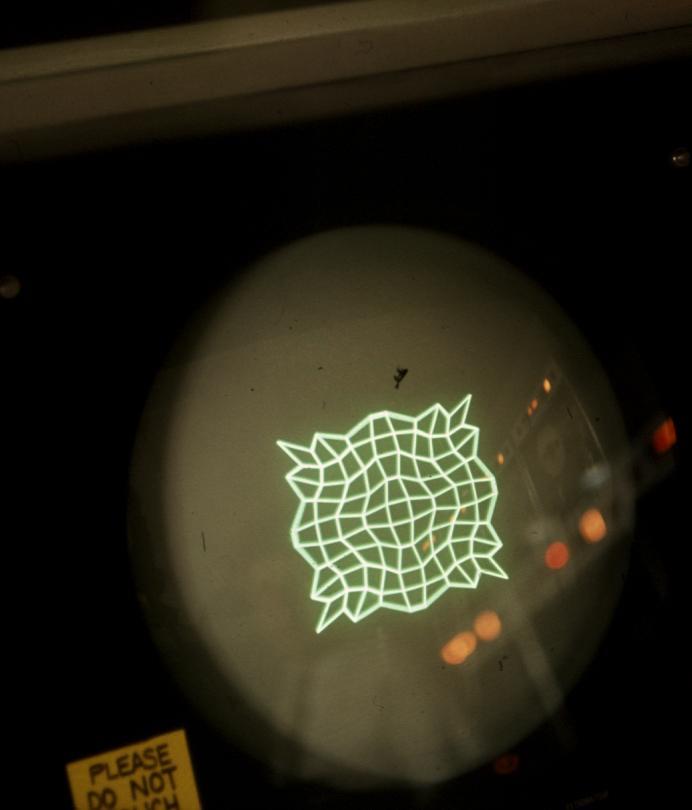 The Macintosh and the Lisa were directly inspired by the Xerox Alto, which was announced in early 1973. There were about 500 of them in use outside Xerox, so I guess you could call that commercial. The Alto is definitely where the WIMP GUI style first became generally known. There was an earlier system called NewsHall, not at Xerox, and someone who had worked on NewsHall told me that the core WIMP ideas actually came from that, but I have no references for it. I would take the Alto as the answer.

Of course there were plenty of earlier commercial computer systems with graphics output, and with light pen input. I used a PDP-11 system like that before I ever saw an Alto.

I'm going to contend that that PERQ 1 beat the Xerox Star to market. The PERQ 1 was very much inspired by the Xerox Alto and its successors. There is a detailed history of the PERQ 1 and its relationship with ICL and the British Science and Engineering Research Council here. .

Based on that source, the PERQ was announced in 1979, launched in April 1980, and delivered, in fall of 1980, thus beating Xerox, Apollo, Sun, and of course Apple to the market. When delivered it already had a windowing system and presumably a WIMP interface.

The PERQ 1 base configuration

The image below is from August of 1980. Shortly before the first deliveries. (For younger readers, the object on the left is an ashtray.) 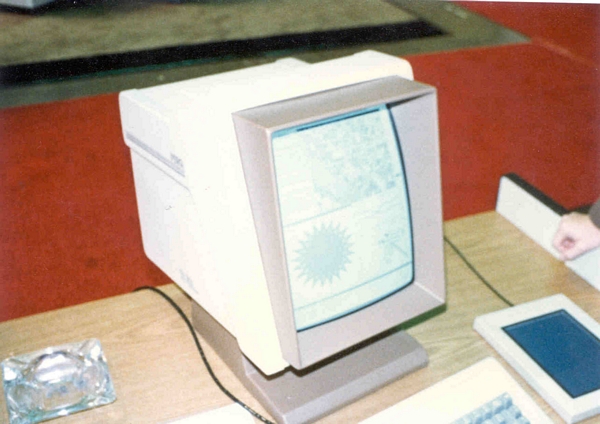 Here we see the system box too. 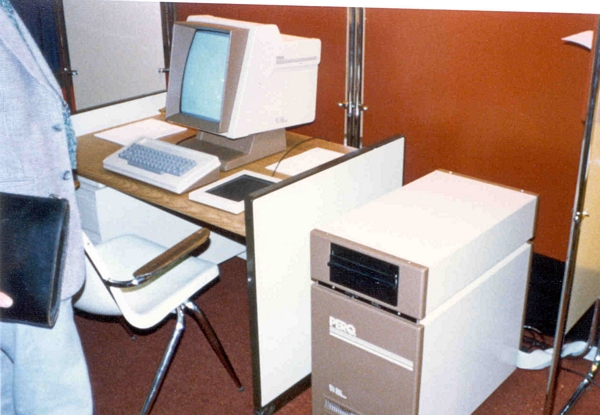 Another graphical computer launched before the Lisa was the Lilith, originally developed for internal use at ETH Zürich after Niklaus Wirth (of Pascal fame) had done a sabbatical at Xerox PARC. It served as the development platform for Pascal's successor language Modula-2, and at first built only for use at the computer science faculty of ETH ("the Swiss MIT").

It was equipped with a high-resolution graphic display, a simple windowing system and a mouse. An attempt was made to commercialise the technology in 1982, but given up as soon as 1983, after little more than 100 computers being sold.

Not the answer you're looking for? Browse other questions tagged apple graphics apple-lisa history or ask your own question.

9
Were people building FPGAs out of TTL logic prior to the first sales in 1984?
8
What was the first commercially available computer with ECC memory?
12
Was the Mac XL hardware different from the last versions of the Lisa?
3
Labor input for manufacture of early personal computers
21
Did Xerox really develop the first LAN?
9
What was the screen refresh rate of the Lisa and original Macintosh?
40
How did Woz write the Apple 1 BASIC before building the computer?
12
According to Steve Jobs in 1981, what computer privacy issue was "very very hot in the media" at that time?