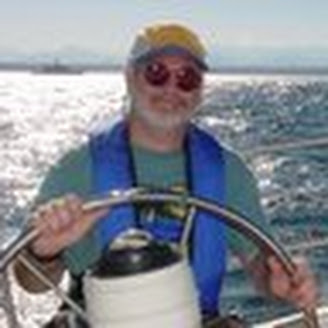 Set the "wayback machine" to 1975. Learned to code using punch cards then green phosphor terminals linked to a mainframe thru 1200 baud modems. My friend at Tektronix let me use an early DARPA NET email account when there were maybe 100 nodes. Lots of work but very fun and exciting. Soldered together my first computer: a non-S100 bus Digital Group, in 1977(?). Own BYTE Magazine issue #1, KiloBaud Magazine, poured over every article.

Learned years later I purchased electronics parts from the same distributor's will-call desk Mr. Gates and Mr. Allen (RIP) frequented in the south Seattle industrial area. In my case breathing that same air imparted no business skills what-so-ever, but I did OK in electronics design and programming, while they moved on to other endeavors east of Seattle.

Worked for small companies and later a defense contractor, designing embedded computer control systems for industrial machinery and writing in assembler machine code and later "C". Those of us doing this kind of work in that era had to write our own UI and RT OS's, generating boxes of fanfold paper printouts. We shared ideas and learned from each other. At that time if you used the internet for ANY obvious commercial purposes you would be flamed into contrition and silenced.

My wife started work in late 1981 for a tiny highly focused entrepreneurial NW software company that many years later became so enormous and bureaucratic she moved on, but loved the people she met there all the same and was grateful to have enjoyed the ride of a lifetime. She got to play volleyball with Mr. Gates on the company team.

Interested in designing and building affordable housing as 400 -to- 1000 sqft' "Backyard Cottages" initially here in Seattle and we hope eventually expanding the model to other urban and rural areas.

Ocean terraforming project to enhance phytoplankton Co2 uptake and later sequestration in deep ocean water for 4,000+ years. If our small volunteer team's prototypes can scale successfully, calculations from oceanographers indicate that this approach deployed on continental shelves could sequester an additional 30 gigatons of atmospheric Co2 per year. In 20 years our planet would enjoy the same Co2 concentration it did before the industrial revolution, approx 270 ppm.

The earth alone will remove the extra Co2 using three existing natural processes that saturate at different rates - however, this will require between 400, and 1,200 years to bring down atmospheric Co2 to 270 ppm, assuming we figure out a way to limit our human Co2 contributions to exhaling only. (see - "Atmospheric Carbon Clearing Time"). Problem - not adding more Carbon to the atmosphere has no effect on warming caused by the extra Co2 already there.

I am not sure my old Seattle KING-5-TV volleyball teammate: Bill Nye has studied this conundrum.

We respect a laser-like focus on one topic.