What was the small (cheap) atari-2600 compatible personal computer (not legal) called, that you could program 2600 games, in the 80's?

What was the small (cheap?) Atari-2600 compatible personal computer (not legal?) called, that you could program games for the 2600, in the 80's?

The Bit 60 and Bit 90, from the company BIT CORPORATION, were said to be able to accept VCS 2600 (hereafter called, simply, VCS) cartridges but there's scant information out there about them.

The Bit 90 was more targeted at ColecoVision and it may have been only able to run VCS cartridges by using the same method the ColecoVision itself did (Expansion Module #1). 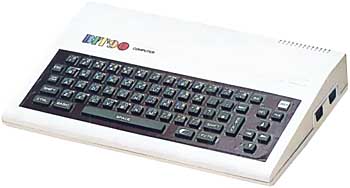 That's certainly possible in that they used the 6502 CPU. The 6507 used in the VCS is a cut-down version of the 6502 (fewer exposed address lines reducing maximum memory, and certain other signals not being exposed).

That means you could probably develop for the VCS on this machine, assuming you had a 6502 assembler available, and enough knowledge of the VCS internals to adapt.

And, assuming the cartridge slot (and machine itself) was compatible with the VCS, you could run cartridges on the system as well (being built for the 6507, they should probably run fine on the "super-set" 6502).

This would probably have required some "trickery" to make it look like the VCS, such as disabling address lines and ensuring certain memory accesses were intercepted for the RIOT/TIA addresses.

I have no idea if the Bit-60 had those capabilities but, if it claimed to be able to run the cartridges, it would probably need something like that.

In tracking down information about this computer, I found a dated auction for one with the following images posted. 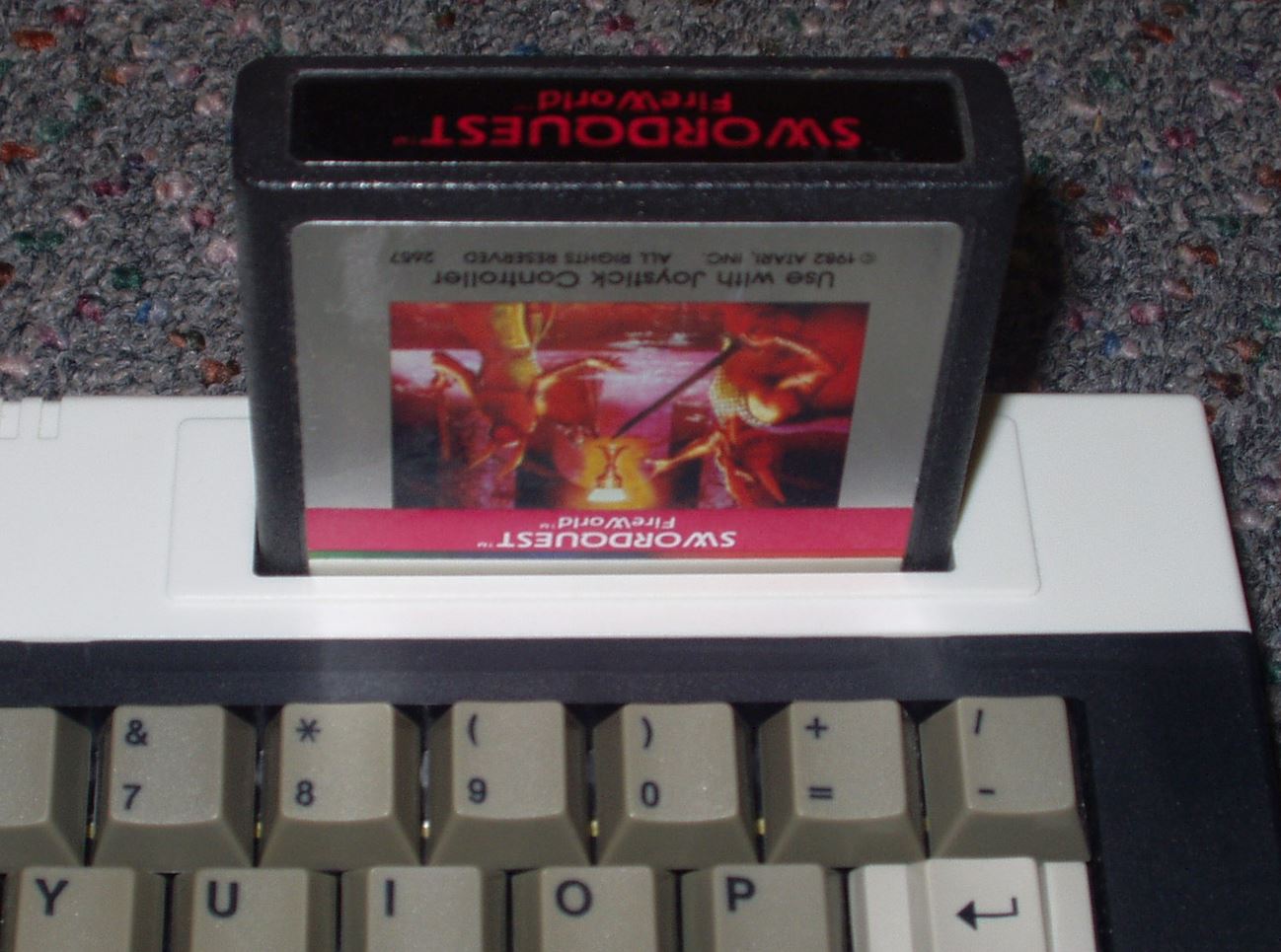 The first image (above) appears to be the second iteration of the Bit-60 as it no longer has the chiclet keyboard. The fact that it contains an actual VCS cartridge lends credence to the probability that it could actually run them. I'd be more sure if it had screen shots but, alas, not the case. 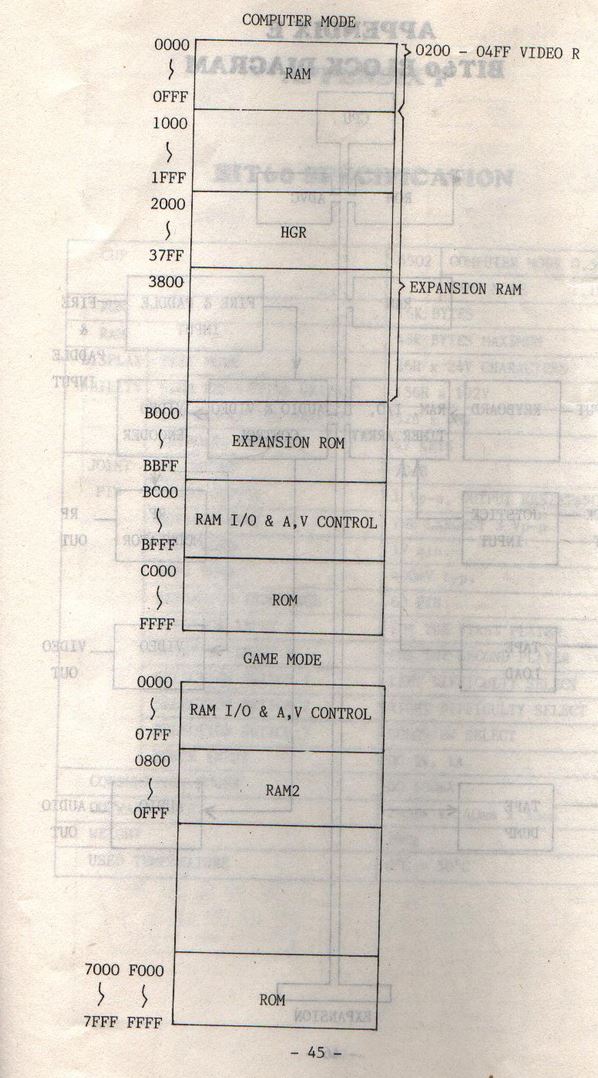 The memory map above seems to support my contention that it could have had two modes (real computer mode, and VCS work-alike or game mode).

The fact that the low memory has RAM, I/O, & A,V CONTROL would sit well with the VCS RAM, RIOT, and TIA equivalents. The address ranges don't fully stack up but it's close.

I'll add the remaining images from the auction for completeness so anyone can ascertain further details: 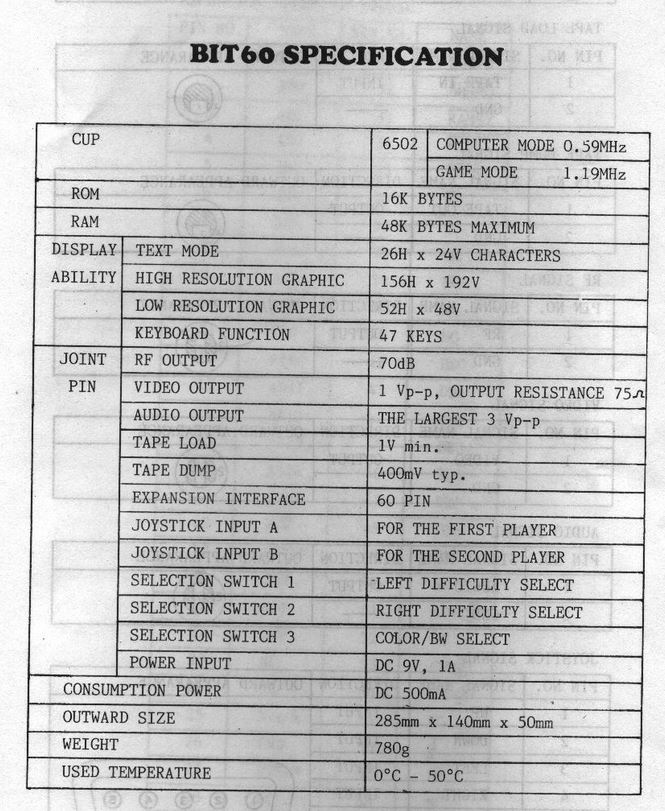 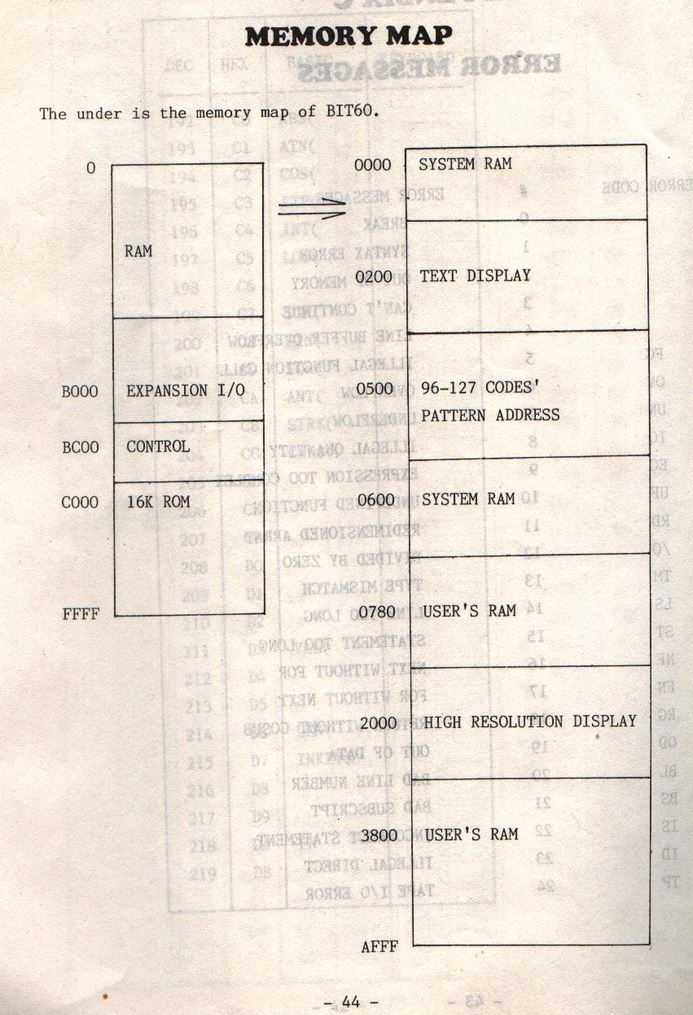 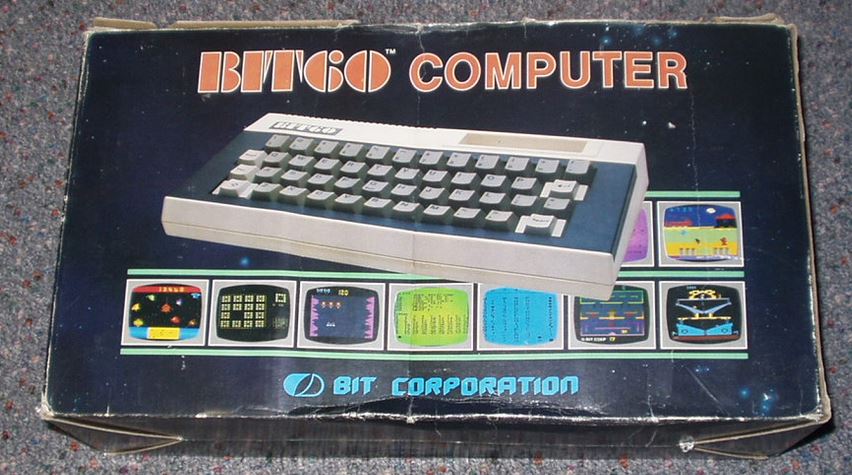 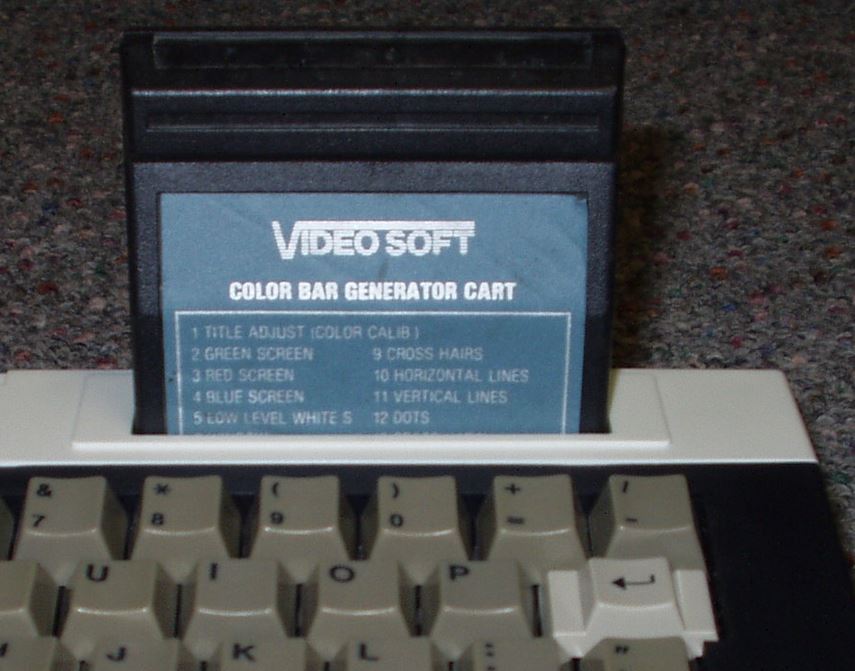 Additionally, the following advert for this machine has the first bullet point stating:

Fully compatible with the Atari VCS 2600. 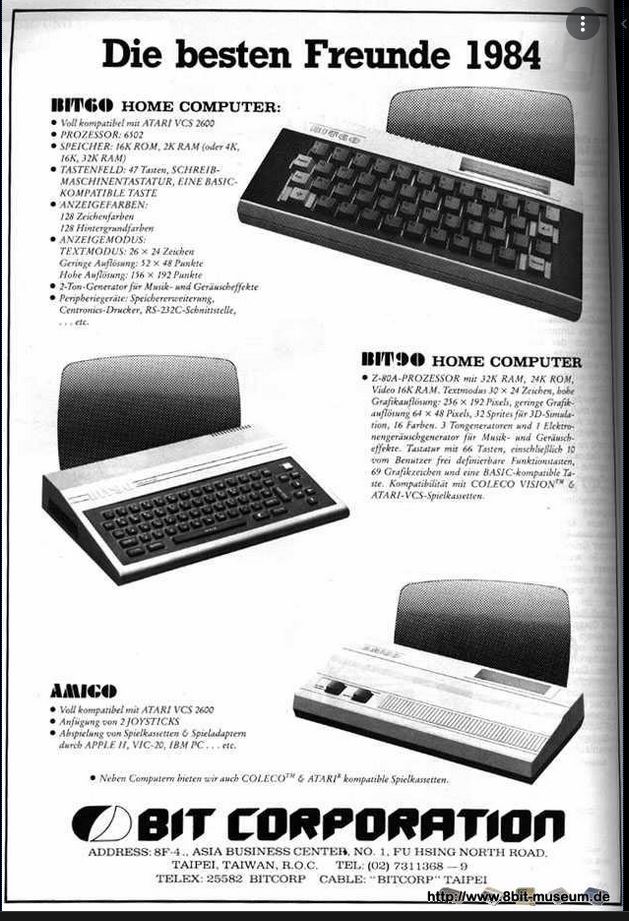 I know adverts aren't delivered under oath or pain of perjury so it may be a blatant lie to shift product. But if true, that alongside the earlier pictures seems to be an indication that it would play the cartridges okay.

A translation of the text from this page states:

The Bit-60 was a typical Asian replica that, with few resources and no license, was intended to serve as a money printing machine. Bit Corporation therefore relied on VCS compatibility, which of course was not what Atari wanted. However, Bit Corporation was not the only company to do this, several other companies from Korea or Hong Kong were happy to reach into the pockets of other companies.

There were two variants of the Bit-60, which differed only in the positioning of the connectors. In addition, there was a later version with a real typewriter keyboard, which made working with the system much easier.

However, in 1983, the interest in such a system collapsed as the video game crash took place at that time and much more powerful computers conquered the market. A year earlier, the system would certainly have been worth a second look.

2
Home-computers of early 80's, capable of saving Basic-programs, as machine-code, or assembly-code, with a little extra code or other modification?
2
Any links / info on the programming language used by the Bit 60 (by Bit Corporation)?

2
Any links / info on the programming language used by the Bit 60 (by Bit Corporation)?