When was let introduced to Lisp?

Similar to When was DEFUN added to Lisp? when was let introduced? It seems like a fundamental feature but unless I missed something even maclisp didn't contain it.

You'd think (ok, I thought) it was introduced with Scheme. But the initial Scheme paper doesn't have it. Probably because it doesn't need it as LAMBDA suffices. (In fact, as we know due to G.L.Steele Jr., LAMBDA suffices for everything!!)

(In a comment above, @texdr.aft points to:) The paper Evolution of Lisp (Steele, Jr., Gabriel, 1993), a fairly definitive exposition of LISP history by a pair of researchers who were involved in creating it, claims LET came from Lisp Machine Lisp:

but LET—itself a macro first invented and reinvented locally at each site—was a late-comer to the MacLisp world; according to Lisp Archive, it was retroactively absorbed into PDP-10 MacLisp from Lisp-Machine Lisp in 1979 at the same time as DEFMACRO and the complex Lisp Machine DEFUN argument syntax.

So let's go to the source - here is the 1st edition of the Chine Nual - the Lisp Machine Lisp manual - and we see here the definition of LET - 1979-JAN: 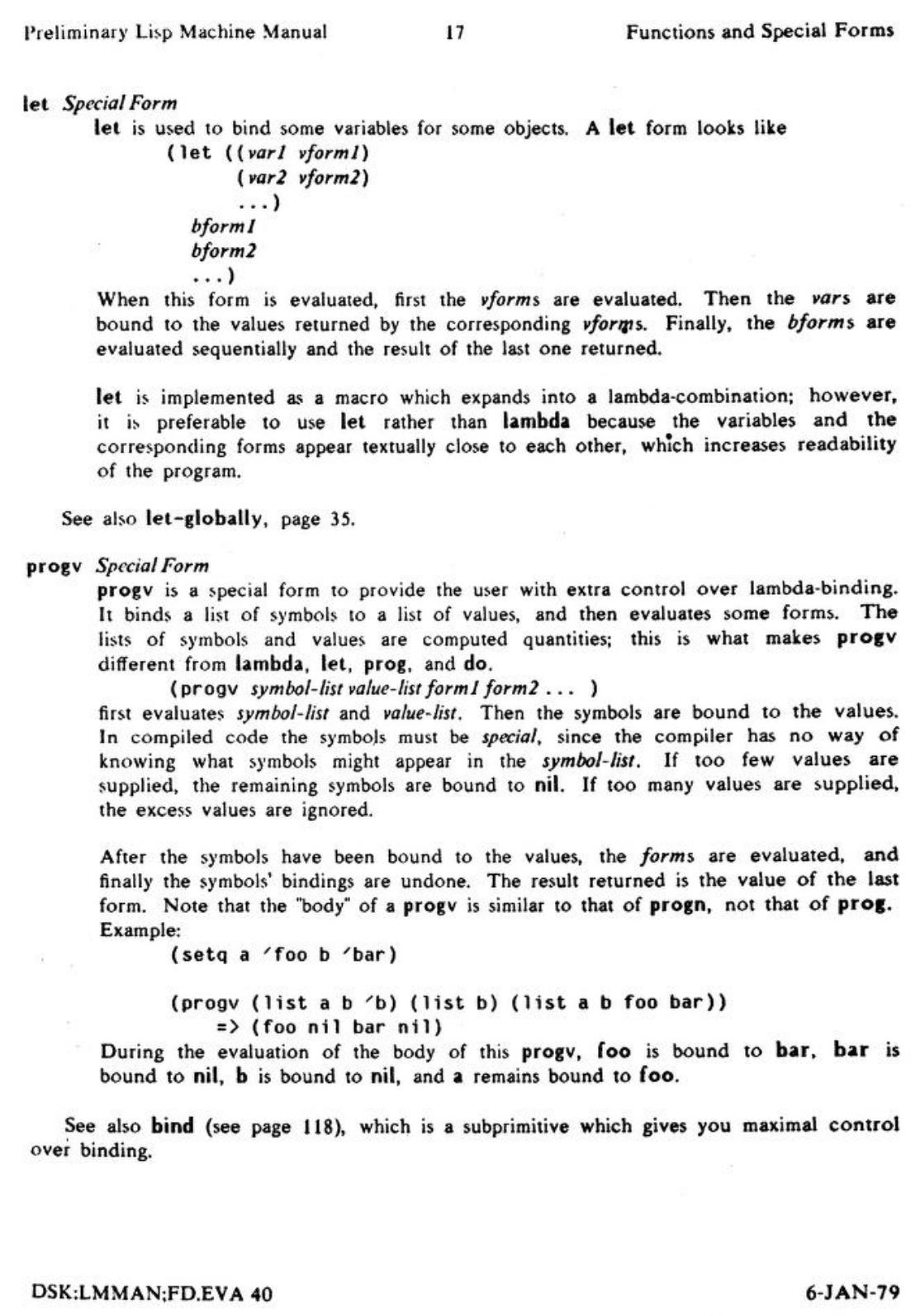 (For which it is explained that of course it is a macro that expands into a lambda.)

8
When was DEFUN added to Lisp?

6
When did Lisp start using symbols for arithmetic?
18
What LISP compilers and interpreters were available for 8-bit machines?
9
What was the first LISP compiler?
8
What's the easiest way to bring up a MACLISP REPL on modern machines?
8
When was DEFUN added to Lisp?
12
Was 36-bits needed for LISP?